There are times when you wish you can see through walls, or have some sort of X-ray vision. Like that time you wanted to know just where you could drill a hole into your wall without hitting a wire or a water pipe, or where the studs are located so you could hammer a nail into the wall for your photo frames.

Or perhaps that time you were wondering whether those scratching noises from within your walls come from termites or rodents living inside.

This is what Walabot allows you to do. The device called Walabot DIY makes use of RF radar in order to show you a 3-D representation of what’s inside your walls.

Special Pricing Update: Before you buy anywhere else, You can currently save money with the DIY pack available here for a limited time.

What is the Walabot DIY? 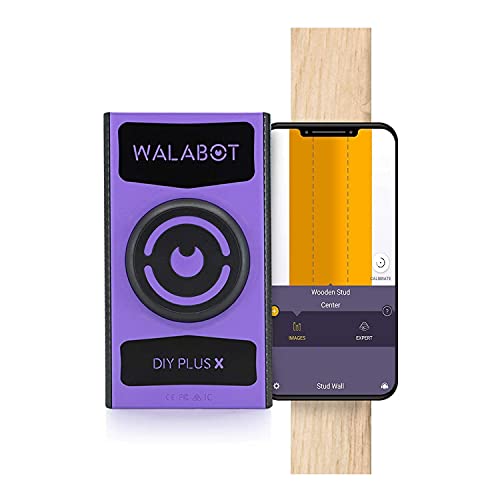 Walabot DIY looks like a portable hard disk drive with the dimensions of a regular Android phone. It is made by Vayyar Imaging, which is a 3D imaging sensor firm that gives customers x-ray vision, helping them see through things, materials, and objects.

The device relies on RF radar signals to give you a way to see behind your wall’s surface. It has a magnet that could help you attach it to your Android phone and you would appreciate that for smaller projects, like finding studs that you could hammer into for that photo frame.

It works and it works rather well. If you have a wall that is four inches deep, that is. It does not really matter if you have a concrete wall or a drywall, as you could easily see through it.

What are other things can you do with a Walabot DIY? 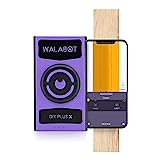 The Walabot DIY can detect wiring, pipes, and everything you would expect to find behind your walls. Using the device, you can:

Each Walabot DIY package comes with:

How does the Walabot DIY work?

When you get your Walabot DIY, you would need to download the Android app for it and then create an account. Attach the Walabot DIY to your smartphone and you are ready to calibrate the Walabot DIY.

Do not worry, calibrating the device is very easy and if you have used an analog stud finder before, you would find the process very familiar.

The images it gives you are very accurate, and you would know if it’s a pipe that the Walabot DIY is seeing or electrical wires, or something else.

Available for higher versions on Android, the Walabot In-Wall Imaging App helps you get the most out of your Walabot DIY. It allows you to calibrate the device and set the intensity threshold.

You can also select the wall type – whether it’s cement drywall or concrete – aswell as the sensing mode (i.e. pipes, wires, studs, etc.). It also includes a very easy tutorial and a one-tap snapshot feature.

What you would love about Walabot DIY

Unlike other imaging devices that are currently available, the Walabot DIY is not bulky. You can get the capabilities of high-end stud finders and imaging systems. You get 3D imaging conveniently and easily without having to pay top dollar for it.

On top of that, it is very small and portable. With the magnet on the casing, you can work the Walabot DIY device and your own smartphone as one unit.

Everything about using the Walabot DIY is very easy. You do not need to worry about wiring, as you only need to connect it to your smartphone using the included USB cable. All the settings and tweaks are done using the smartphone. Calibrating the device is also made simple.

Plus, you have easy-to-follow instructions provided for you on the mobile app itself or you can watch videos fromthe company’s website to learn how to use your Walabot DIY.

What’s more, it does not use X-ray technology, which makes it very safe and you can use it without ionizing radiation.

In short, this is a safe and portable device that gives you great 3D images that you can use for your home renovation projects or home improvement needs.

Walabot DIY is only available for Android devices. There is currently no iOS version, but there are plans to come out with one. This could mean another few months of waiting, though.

Walabot DIY has a pretty steep price tag (For the latest prices and discounts, check here), even for a high-tech tool.

Also, the mobile app that it uses does not do much. It allows you to tweak the settings for the device and get a snapshot of the things beneath the wall surface, but that is pretty much it. Not that there are other features that we could think of that would be a good thing to add.

It is also quite misleading to say that the Walabot DIY mobile app works on any Android device. It works with later versions of Android, such as the 5.0 Lollipop, the 6.0 Marshmallow, andthe 7.0 Nougat. That means earlier Android devices would not be able to run the mobile app.

UPDATE: The Walabot is NOT supported on the following devices:

What IS Supported: Any Android phone running Lillipop 5.0, Marshmallow 6.0, and Nougat 7 with USB on The Go.

Going beyond just seeing through walls

As you might have guessed, the Walabot DIY is very focused and limited to seeing through walls. But you do remember that this is a product coming from a company that has been in the business of creating products that make use of sensors.

You can go beyond using the sensor just for its x-ray vision capabilities and actually do some nifty stuff by getting the Walabot Developer. Walabot Developer For the latest prices and discounts, check here includes a maker kit, higher 3D resolution, 18 antennas, the imaging API, and raw signal data.

Buying the Walabot Developer not only allows you to see what’s behind your walls, but also detect people and movement.

One good application of the Walabot Developer Pack is being able to look inside a room. If you are caring for the elderly, you would want to ensure that they are safe. Walabot Developer can help you see if they fall and need help, even without opening the door.

Walabot has a page on its website that would introduce you to several programming projects that you can try, and this includes creating a People Counter program, an air piano, or using Walabot to direct movements in robots.

Other great projects that you can do include target detection. The programs use the sensors of the Walabot to find targets in a room and computes how far it is and its location relative to your Walabot sensors.

What’s in the box for Walabot?

You can use the Walabot Developer pack with Raspberry Pi or you can program it using the SDK that you can download from this page.

Aside from the Walabot Developer, there are also other kits that you can use, such as the Walabot Starter kit and the Walabot Creator. The differences and capabilities of each kit are summarized in this table.

So aside from the Walabot DIY, you have three fully programmable products to choose from. If you are the type to create robots and programs with Raspberry Pi or Arduino, then you would feel very at home with these products.

Final Say about the Walabot

Walabot DIY is a godsend to people who are into home renovations and those who like to tinker with their home decor. It can also help when you have rodents and pests living inside your walls. You can finally see what’s behind your walls, even if you are not Superman and do not have his X-ray vison.

Walabot DIY gives you an easy way to see through cement or drywall, and check pipes, studs, and wires. And you can get 3D images saved to your phone so that you could review it afterwards.

What do all of these help you with?

For one, you can use Walabot DIY to know just how deep you could drill in order to avoid damaging the pipes or cutting the wires behind your walls. You can also adjust and calibrate the sensors’ sensitivity to better suit the imaging to your particular project.

However, it is a valid concern that on its own, the Walabot DIY is pretty limited when it comes to functionality. Taken apart, the features that it offers can easily be done by other tools and devices that are much more affordable than it is.

Even the mobile app is pretty limited both in terms of features as well as in term of the devices that it is compatible with.

Nevertheless, you can never go wrong with the Walabot DIY. And if you want to take it a step further, you can always buy the maker kits that the company offers.

Walabot DIY Special Promo: You can currently save some money off the DIY pack available here for a limited time.