Home » What are the Best Alternatives to Roomba? Don’t Waste Your Money

The Roomba is a well renowned series of robotic vacuum cleaners created by iRobot in 2002. When we first saw the roomba on late night television infomercial, we thought it was some kind of joke.

The Roomba has found serious success with those folk who seriously dislike vacuuming, maintaining small and large floor spaces alike. It’s no surprise, with such large success, that the Roomba now has quite a bit of competition on the market.

So if the Roomba’s hefty price tag (see here for the latest price) is a little too much for your wallet, or if you’ve had a bad experience with a previous model, or if you’re just looking for something a little different and you’re in the market for a new robotic vacuum – we’ve done the work for you and outlined some Roomba alternatives. We know you don’t have a lot of time, I mean, you don’t even have enough time to vacuum your own floors.

UPDATE: My favorite Roomba alternative is the new Neato Botvac D3. It is the right mix of VALUE + Features (it has WiFi, etc…). 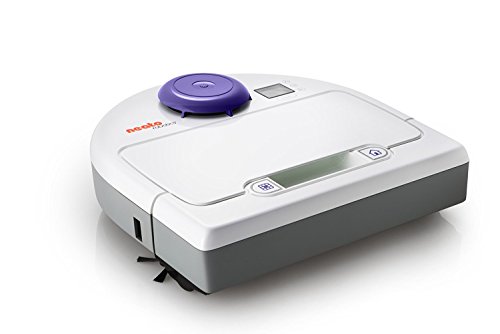 Neato provide a number of different models, just like Roomba, and have comparative models. From a price perspective, the top of the line Neato would be a couple (to a few) hundred dollars cheaper than it’s Roomba competitor, with similar specs. You can find a full range of Neato’s here

One of the biggest point of differences between Neato and Roomba is the navigation system. Neato uses a laser sensor called the RPS, so before the Neato even starts it’s first clean, it scans the room and sets out a map of the perimeter to avoid obstacles.

The navigation on the Roomba is slightly more complex, the Roomba utilizes a combination of wall sensors, object sensors, and an infrared sensor.

The navigation systems both have their pros and cons, the RPS navigation allows the Neato to know what obstacles to avoid and therefore collides into fewer objects than the Roomba however if an object is out of the laser’s field of view, the Neato will bump into it.

UPDATE: Neato recently released their new “Botvac D” series, which is their best offering yet. It offers better suction than any previous Neato’s and is arguably comparable to the latest Roomba’s.

It’s more expensive than previous models (because it’s new), but it’s still more affordable than the pricey new Roomba 980. You can find the Botvac D80 here. 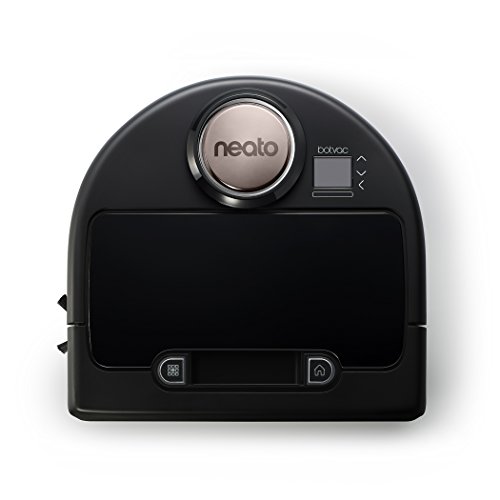 Neato has now released their “connected” Botvac. You can read my full review here ,but it’s essentially a WiFi enabled robot vacuum cleaner (looks much like the Botvac “D” series) and has a number of improvements.

Most importantly, you can control it via an app on your smartphone (pretty cool). It’s a response to the Roomba 980 which was the first robot vacuum to introduce this type of WiFi/app control. 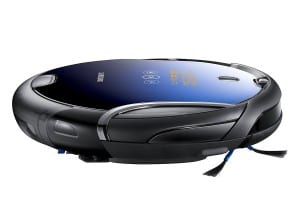 Samsung have a monopoly on the consumer electronic device and appliance market, their products are usually pretty damn good too – and the Samsung Navibot doesn’t fall short of this statement.

Samsung have released a number of robot vacuum cleaners over the years and have refined them to produce the latest NaviBot Corner Clean which Samsung boast some integral component upgrades.

With the NaviBots much hyped navigation and cleaning abilities, could the new NaviBot be your best alternative to a Roomba?

You can check out the latest prices for The NaviBot here. A price roughly around Roomba’s mid priced robot, however the NaviBot has comparable specs to that of the top of line Roomba 880.

The NaviBot Corner Clean is a great looking unit about 80mm tall, it’s round in shape and features an LCD screen on its top panel. The later versions of the NaviBot also feature automatic pop-out brushes, which extends the NaviBots cleaning reach, allowing it to reach deeper into the corners of your living room.

The NaviBot boasts a selection of cleaning modes including “Auto” and “Spot” modes, as well as a special “Turbo” mode that is automatically activated when the device senses it’s on thick carpets or if it’s come across a dust heavy patch of flooring.

The NaviBot maps out your floor plan using its Visionary Mapping Plus system, the NaviBots camera takes a series of images of the ceilings in your home to build a visual map.

The Samsung NaviBot is a great little competitor on the market, especially with it’s Auto Dust Emptying system – an add on dust bin that the NaviBot empties into, meaning it won’t need to be as emptied nearly as much as it’s robot Roomba competitor, or any other competitor for that matter.

The main problem? The NaviBot is only available in Europe and Australia at this time. Once it comes to the U.S. market, it could conceivably shake things up.

UPDATE: Samsung now has a comparable (better in my opinion) US robot on the market. It’s actually giving the new Roomba and Botvac’s a run for their money. While still a “runner-up” it’s certainly with considering if you are looking at alternatives.

It’s still pricey, but it does have incredible suction power and some nice extra features that set it apart. Read the full review I’ve recently completed here. 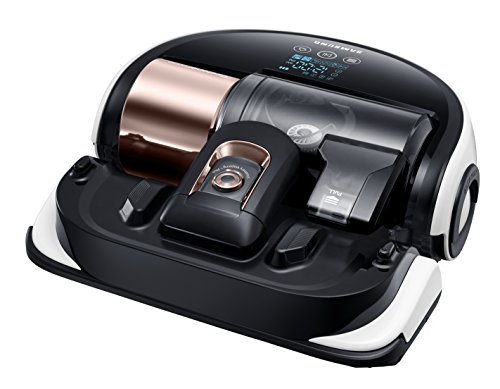 The Infinuvo Hovo 510 is an affordable alternative to the Roomba, listed here on the market, and providing a high quality clean to similar price robot vacuums in this tier.

The Infinuvo Hovo 510 advertises itself as a powerful robot vacuum cleaner that cleans stubborn debris and clingy pet hair from tiles, low pile carpet and hardwood floors. With it’s two rows of spinning brushes, it – theoretically – should clean the dirt with it’s powerful suction motor.

Although the Hovo doesn’t have many cleaning modes, it’s random mode works well by making multiple brushes over the specified cleaning area. Handily enough, the Hovo also includes a wet mopping function, so it can wet clean as well as vacuum up pet hair, dust and dirt.

The Hovo’s spot cleaning mode also focuses extra on high-traffic areas and ingrained dirt, ensuring sparkling floors. However, the Hovo does not have a HEPA filter which is a drawback.

It’s a simple robotic vacuum to use too, you can easily program the times you want it to clean, whether you’re in the house or not, asleep or awake. All you need to do is set the days and times when you require the Hovo 510 to work it’s magic and it’ll work until it’s batteries low.

The Hovo will return to it’s charging station to charge it’s battery up, when required.

A nifty feature of the Hovo includes a ‘virtual wall’ setting (like the Roomba’s virtual wall barriers), where you place the device at the entrance of the area that you don’t want to Hovo to enter, the Hovo’s sensors detect the signal and it turns itself around. 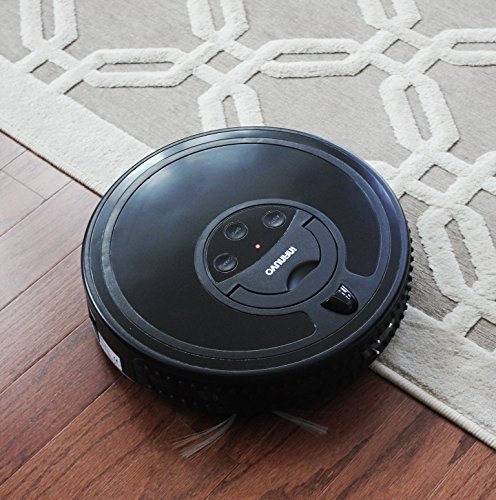 The Infinuvo Hovo 510 is 12.6 inches in diameter and weighs about 6.8 pounds. It’s 3.6 inches tall, so it can easily clean flooring under your bed and couch.

My Problem with the Hovo? It’s really a “knock-off” of the Neato and Roomba. It’s a cost effective alternative, but I think most people would be better off going with the Roomba 650 here. It’s an older model, but it’s more reliable than the Infinuvo.

The 510 does a decent job as a maintenance sweeper, but really can’t measure up as a true vacuum replacement.

To Roomba Or To Not Roomba?

The Roomba is the most popular robotic vacuum brand on the market. With good reason. They have invested heavily in robotics technology, more so than most consumer gadget companies. Their technology has been tested with robots in war zones and is currently the industry leader.

The main drawback is price. I can completely understand this criticism. The new Roomba 980 is for sure an expensive model. (See here for current price)

The best “true” competitor to the Roomba is the Neato Botvac series. In particular, the Neato Botvac D75 is a good mix of better pricing and comparable technology. You can read my full analysis of it here.

The Bottom Line: You CAN find an affordable Roomba if you look at some of the older models. Check out my evaluation of the best Roomba models right here. You’ll find a few options for much less than the new (expensive) Roomba’s, but the features are often “good enough” despite the lower price.

Also, check out our guide to the best Robot Vacuum on the market!

Still Unsure? Take the Quiz to Find YOUR Fit: