Home » Reviewing the August Smart Doorbell Camera – Is the Price Worth it?

The August Doorbell Cam comes from the same company that offers the August Smart Lock, further cementing its hold in the home access market.

How does the August Doorbell Cam work?  Is it worth the $199 price tag? 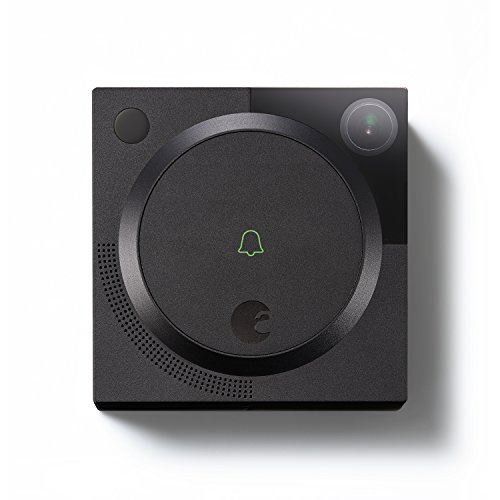 There are two colors for you to choose from: silver (see here) and dark gray (see here).

Everything you need to know about setting up an account and configuring the doorbell is found on the app.  The mobile app would give you a step-by-step walkthrough on how to set up your account and how to configure your doorbell.

The main page of the app would give you a list of houses and related products that are installed.  Just click on your house name and you will be able to access not just the August Doorbell Cam but other August products that you have already installed.

The August Doorbell’s camera gives you a 1280 x 960 HD resolution and that is higher than most other Wi-Fi doorbells available in the market today, having only 720 pixels HD resolution. 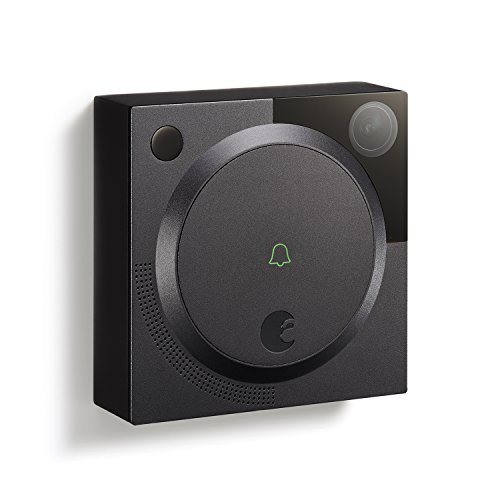 The biggest draw for August Doorbell Cam, however, is the integration with other connected devices.  Apart from other products from August, it is also compatible with Apple HomeKit and Nest Cam.

The problem with August Doorbell Cam is that is it pretty much designed as a part of the system and as such it does not have a full set of features that most doorbell cameras have.

It is good if you have the August Smart Lock and other products from the same company, but until it does roll out its motion sensor capability, you might want to check out SkyBell 2.0 (review here), Ring Video Doorbell (review here) and Doorbird.  All of which have motion detection abilities, plus night vision mode.

That being said, you might also find more features with the Skybell 2.0 and Ring Video Doorbell for roughly the same or even a lower price.

If you are impressed by the high resolution promised by August Doorbell Cam, then you can go for Doorbird D101, but you might be turned off the high price (check here for latest).

The good news is that the August Doorbell Cam has a motion sensor hardware included.  So all it takes is a software upgrade.  That means that they would roll out an update for the mobile app for you to be able to take advantage of this motion sensor.    That means that once the mobile app has been updated, you should be able to get an alert every time the doorbell senses movement near it.  The company also promised cloud-based recording, allowing you to get more than just a picture of your visitors, but a video recording of the interaction.  That means you can soon review the conversation.  Plus you should also expect to have more instant alerts.

If you have the August Smart Lock, then this is the doorbell for you.  It would certainly extend the doorbell’s features by allowing you to remotely control your Smart Lock so that you can let visitors inside your house even when you’re not around.  That will also help you get peace of mind because you can see if your Smart Lock is unlocked or locked and it also alerts you when someone exits or enters your home using the same mobile app.

Plus, all of those potential integrations, along with the software updates that are being promised now, will surely make the August Doorbell Cam a good contender (if all goes according to plan).

On its own, the August Doorbell Cam is a good smart doorbell that works the way it should and gives you all the features and functionalities that most doorbell cameras have.  And while it does lack some of the features that customers have loved about other smart doorbells, it will soon have the ability to detect motion and take videos of anyone ringing your doorbell with a simple over-the-air update to the app.