Which of the two should you buy?

The August Smart Lock has a modern look. The all-aluminum lock measures 4.8 by 2.6 inches and looks like a metal pill. When you install it on the interior part of your deadbolt, it does not look too large, but it stands out just the same. The August Smart Lock is one well-designed lock that comes in two colors: silver and dark gray. 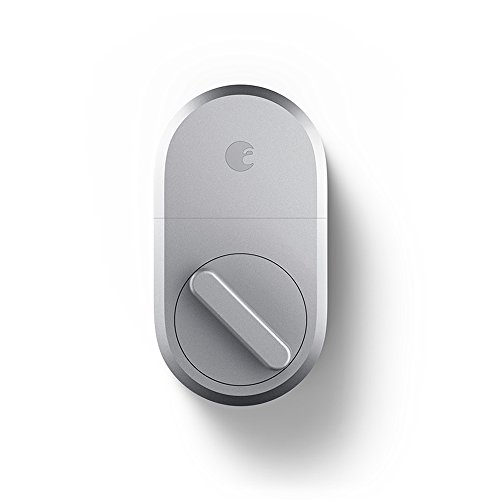 Features of the August Smart Lock

The August Smart Lock allows you to unlock the door without having to fumble for your keys. Instead, you can use your smartphone to do the job. This smart lock attaches itself to your existing deadbolt, without replacing it. You can still use your current keys to get inside.

In the past, you would need to hide a key under a mat or an outdoor potted plant to make sure you can still open the door in case you lost or forgot your key, or in case you need to let somebody in while you are away. However, this is a hazardous practice because thieves and burglars can find that key. With the August Smart Lock, you can allow for keyless entry to your home using just the August app.

August Smart Lock (read my full review here!) comes with DoorSense and auto lock features for your peace of mind. You can now stop wondering whether you have locked the doors on your way out. August will tell you if the door is unlocked or if it is slightly open. It can also lock your doors automatically.

The August app will show you a list of people who locked and unlocked your doors. It will also show you whether your door has been opened manually, or by using an entry code. 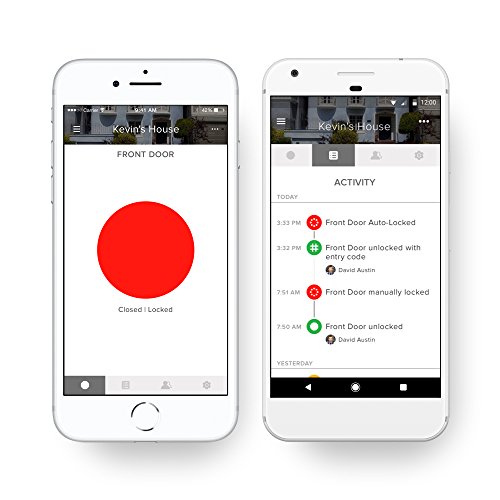 The August Smart Lock allows you to hide your keys and just use your smartphone to unlock your door. You can also give a temporary passcode to the delivery guy via text message in case you are not home to receive the package. Furthermore, you can unlock August when you are within Bluetooth range.

This lock has a modern and sleek design that is both stylish and compact. It is very straightforward to install, and you would love the DoorSense feature that will tell you if your door is ajar.

The August Smart Lock cannot open the door or work with other connected devices unless you buy the Wi-Fi bridge that would enable the third-party integrations and remote access. It is also very noisy when you activate the lock. The good news is that you can buy an August Smart Lock + Connect combo.

Also, the lock uses Bluetooth for its auto unlock feature. Some users say that there are times the Bluetooth connection could not find the lock, so you will be at the door and still cannot get in. 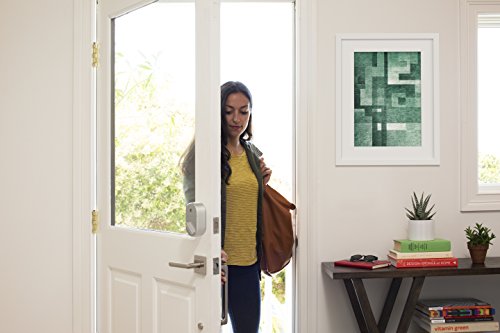 The third-generation August Smart Lock gets a rating of 3.8 stars out of 5.0 on Amazon, with verified buyers praising the way it works as a smart lock, as well as the company’s customer service. Some critical reviews talk about how the DoorSense feature was buggy, but that has been corrected by an over-the-air update that made the August more reliable in determining if your door is locked or is open. There were also complaints about how the connected features did not work unless you have the bridge, and how the lock encounters connectivity problems.

The August Smart Lock Pro has a few tricks up its sleeve. For the most part, however, the Pro version delivers a lot of the features that users have come to love in the third-generation August Smart Lock.

Before we delve into that, let us look at the most obvious difference: the Pro version has a circular shape rather than the pill shape of the August Smart Lock. It has a diameter of 3.4 inches, and it is 2.0 inches thick. If anything, it looks big, but with an aluminum finish, it appears very elegant and modern. 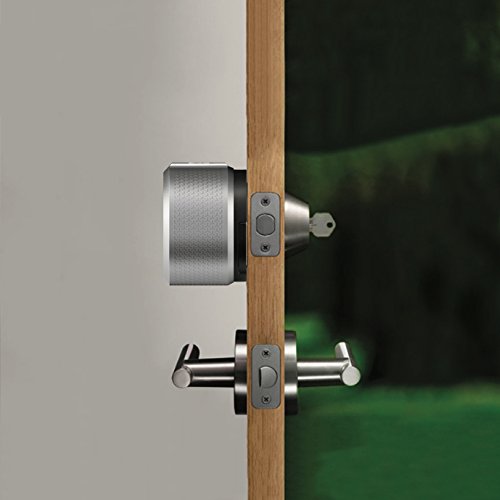 What else is different

Like the third-generation August Smart Lock, the Pro version works with a companion mobile app, can lock or unlock your doors automatically, and has the DoorSense feature.

But the Pro version comes with the August Connect Wi-Fi bridge as part of the package, which somewhat explains why it is more expensive. You would need the Wi-Fi bridge for the smart lock to work with Amazon Alexa and Google Assistant, as well as be able to operate the lock remotely.

Fortunately, if you currently have the August Smart Lock, you can just buy the Wi-Fi bridge and get these features. However, the Pro version is compatible with Apple HomeKit and works with Z-Wave plus devices. This is something that the August Smart Lock third generation does not have.

The August Smart Lock Pro with the Connect Wi-Fi bridge gets a rating of4.0 out of 5.0 on Amazon. Positive reviews talk about how easy it is to install the lock, and how good the HomeKit integration is. Plus, you will love the fact that the auto-lock feature is customizable.

However, there are complaints that the auto-unlock feature is not reliable. This means that you could be leaving home thinking that the August had locked your door when it really did not. The good news is that the company has fixed this problem and the auto unlock and auto lock feature works more reliably now. 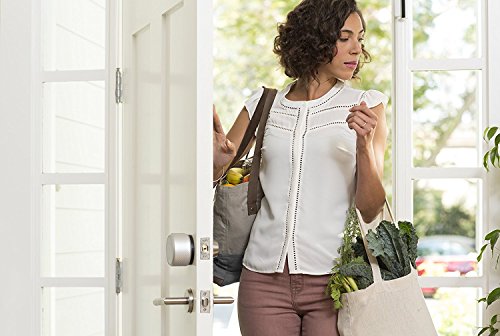 To make it easier for you to see the similarities and differences of these two smart locks, here is a side- by-side comparison:

There is a simple way to turn your old appliance into smart ones. You just plug it into a smart plug and begin controlling it using your smartphone. The August locks do the same for your current deadbolts. You can fit it in, connect it to other connected devices, and control your deadbolt from your smartphone.

Since both the August Smart Lock and the Pro version do not replace your deadbolt, you can still use your current keys to open the door. But, between using your keys or using your phone to open your door, you would surely think the latter is more convenient. You can also use your voice to unlock the door.

The August Smart Lock is an affordable device that sells for a  good price. However, it does not come with connectivity, and you would need to buy the August Connect bridge separately in order to enjoy the smart features. The August Connect will set you back.

Meanwhile, you can get the August Smart Lock Pro that already includes the Connect bridge and some extra features, such as compatibility with Apple HomeKit and the ability to use Siri for voice commands. You also have the option to get only the Pro.

No matter which package and combinations you choose, you can get an excellent smart lock with August.

Further read, find out here all about the top smart locks!