Apple’s smart home play is based around HomeKit, one of the most secure but more expensive protocols for vendors to add to their products.  That is why it is mostly premium products that come with HomeKit support, but the advantages are often worth it.

There are several HomeKit-compatible products and sometimes several products belonging to the same category are competing to be the best in that area.  But before we delve into these, let us explain why manufacturers should make their products HomeKit-compatible.

The vendors need a license to deploy the HomeKit software framework, which lets an iPhone or Apple TV device recognize, communicate, and control their smart home appliances.  The main advantage of HomeKit is that communication is encrypted, which helps secure both the communication over the Internet and the device itself from being hacked.  It also makes pairing and automation a whole lot easier.

With so many scary stories about smart home intrusion and about cameras being hacked or data being monitored, it is easy to see why many companies would value the added security that HomeKit brings even if it is at an extra cost to the customer.  Then again, since Apple users tend to be among the higher demographics, perhaps there is the perception that they can afford all these higher-end smart home products.

For the end user, all that technology and security is pretty much invisible, with people more focused on a smart and simple way to use smart home technology.  An additional benefit is that most products can be controlled through voice commands via Apple’s smart assistant Siri.  HomeKit works based on rooms, so it learns which devices are located where and it creates themes or coordinated interactions between them.

The Home app makes controlling all this possible with an iPhone, and if you have an Apple TV then you can control everything remotely with the black box acting as a smart home hub.  The key benefit of using the one Home app is you don’t need to have a dozen different apps for a dozen different smart home products.  So, when you’re ready to go all-in on HomeKit, what are the best devices to get? 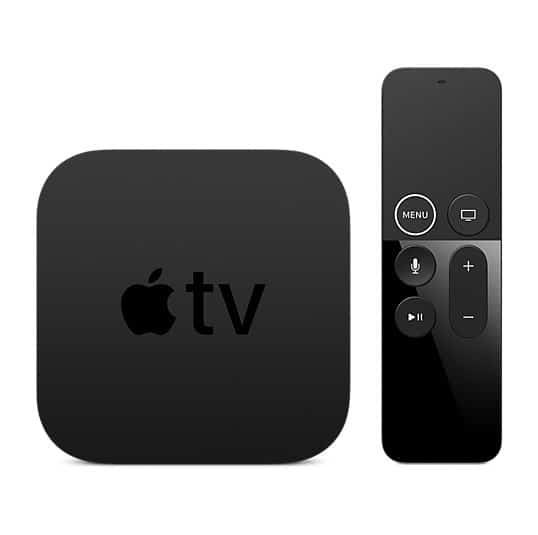 The beauty of using HomeKit is that you can use Apple TVs as your hub.  Technically, the Apple TV 4k is not a hub in the traditional sense, but it works as a bridge for your Wi-Fi connected smart devices and your Bluetooth connected devices.  What makes Apple TV 4k stand out as a bridge or a hub is its use of Bluetooth 5.0, which has farther range and works more reliably than the previous versions of Bluetooth.  Of course, Apple TV 4k is a great streamer that is also very easy to use.

Smart lighting is one of the most popular smart home products, and the market leader is Philips Hue and its range of bright, subtle colored bulbs.  The second-generation Philips Hue Bridge hub adds HomeKit support for Siri control and easier management via an iPhone or iPad.  Philips offers a huge range of lights from strips to tap switches and Hue Go spot lights.

The Hue Hub Bridge supports up to 50 lights that can be controlled as one theme or individually by using the Home app or Philip’s own iOS app. If you think the Philips range is too expensive then the Lutron Smart Bridge and Lighting Kits are also HomeKit compatible and cost a little less.

Coming home is rarely an elegant matter, with people struggling with shopping bags, luggage, children, babies, whatever.  The new HomeKit-compatible August Smart Lock makes it a little bit easier as it can either detect your iPhone via Bluetooth as you are approaching home, or allow you to use an Apple Watch to unlock the door.

The August Smart Lock Pro features Door Sense, a sensor that would tell your lock if the door is open or locked.

You can also use Home to see access alerts or a log of when the lock has been activated.  The new August Smart Lock Pro lets you use your phone to replace any physical keys, as it can unlock or lock your door depending on whether you are approaching or leaving.  It currently costs a decent price.  For a bit more, you can get the Connect module that makes the August Smart Lock Pro work with Amazon Alexa and Google Home, as well as letting you remotely lock or unlock it.

Our previous best thermostat for Apple Homekit was Ecobee3, which bows out of this list because of the newer Ecobee4.  Ecobee3 was, for a time, our top pick for smart thermostats, and Ecobee4 makes it a whole lot better.  You can control dehumidifiers, fans, humidifiers and other similar devices.  It has Amazon Alexa built-in, allowing you to control other devices using voice commands.

Fibaro’s range of sensors, including its Door and Window Sensor, Flood Sensor, and Motion Sensors can all be controlled with HomeKit devices.  The motion sensor, the one with the spooky eye detail, and flood sensor are particularly useful when it comes to home protection, and while HomeKit really doesn’t add much functionality, making them accessible in the Home app allows users to create rules and themes to trigger actions when an alarm is set off.

If the watchful eye design of the Fibaro motion sensor creeps you out, you can opt for the Elgato Eve Motion.

We all have a few dumb devices that we’d like to control smartly and the ConnectSense outlets let us do that with HomeKit support.  Featuring two sockets, you can plug in a dumb device, and when the time comes, use Siri to trigger the socket to start a washing machine, turn on a TV set, set the microwave off, or do whatever it is you want to do.

Users can monitor power usage through the plug and can control the two sockets separately.  There’s also a USB port to charge your iPhone through when you’re home.

You can also check out the Belkin Wemo Mini, which turns your non-smart appliances in to smart devices you can control remotely.  But you would need to add the Wemo Bridge for this to work with HomeKit.

Apple HomePod was recently released and is widely regarded as Apple’s answer to Amazon Alexa speakers and Google Home.

The HomePod boasts of really amazing sound, Siri integration, a top-notch Woofer designed by Apple itself, and spatial recognition, among other things.  But what you should know is that it sounds really good!

Does it work as well as Alexa when it comes to controlling your smart devices?  No.  Or not yet, if you trust Apple to follow through with their promises to make it better.  Nevertheless, Apple HomePod should be a good addition to your music listening experience.

If you want to have a security camera that works with HomeKit, look no further than the Logitech Circle 2.  The wired version delivers 1080 pixels video and photos without 24/7.  It features two- way communication and intelligent motion alerts.  It can distinguish between movements made by people and those made by other things.  The Circle 2 would be able to turn your smart lights on if it detects movements, as well as a host of other devices for more automation.

Amazon Alexa has long surpassed Apple HomeKit when it comes to the extensive list of compatible devices.  This is because of the stringent requirements that Apple HomeKit imposes on its certification.  But that will soon change, because the company has announced that they will certify products as HomeKit-compatible even without the hardware component it required in the past.

Nevertheless, Apple’s iPhones are very popular devices and its millions of users is a good motivation for manufacturers to get into HomeKit.  These devices are only a very small sampling of HomeKit-compatible products.  For a complete list of products that work with HomeKit, visit https://www.apple.com/ios/home/accessories/. 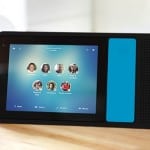 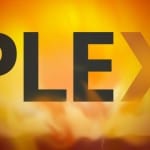