For those of us still holding on to our dumb TVs – I have to admit I am one of these people – it’s nice to have a way to stream content without adding to the ever-growing number of televisions cluttering up your house.

Fortunately, there are several devices we can use to turn our dumb TVs into smart ones. Two such devices are the Chromecast and the Nexus Player, which we’ll discuss today. Before we get too deep into these interesting devices, let’s take a look at their differences. 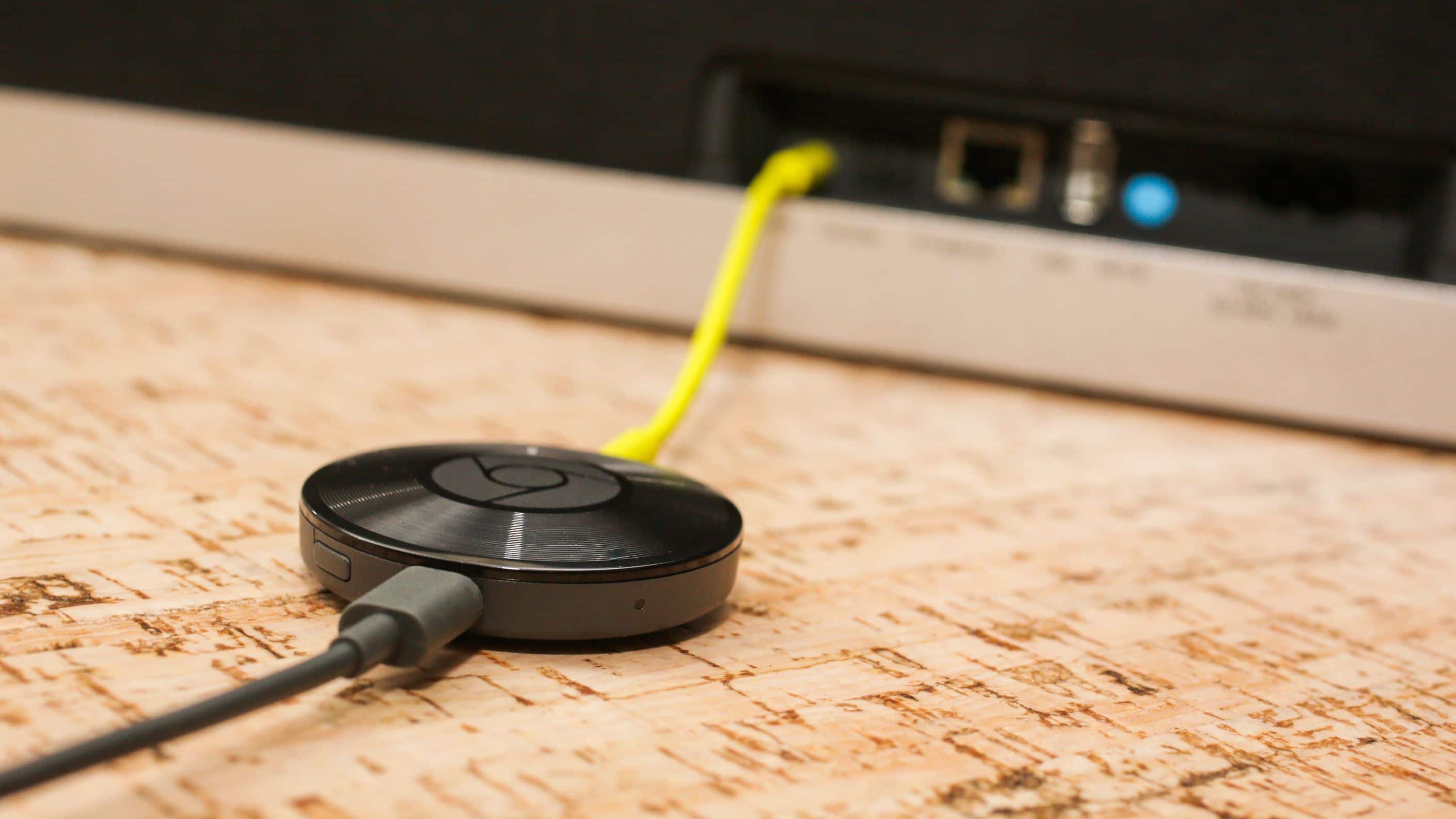 Chromecast is a digital media device offered by Google that allows users to stream movies, television shows, and other forms of media. To use a Chromecast, it has to be connected to your television through an HDMI port.

You plug the dongle into the HDMI slot on your television, then follow the on-screen prompts to establish wireless connectivity with the device. Since the Chromecast doesn’t have a specific interface, you control everything either through your smartphone or your PC.

The cast feature in the Chrome browser allows you to cast your screen on your television. Or you can use the ‘mirror contents’ option on your smartphone to do the same. The Chromecast also supports streaming apps like Hulu, Netflix, YouTube, and others.

If you’re in the market for a solid and affordable option to stream content to your tv, the Google Chromecast is a good choice.

What is Nexus Player?

Nexus Player is a digital player that was launched as a rebranding of the Google TV lineup. With this device, you can watch shows or movies, listen to the radio or your favourite music, plus access the apps you use most often.

Just like the Chromecast, you can use the Nexus Player to cast your screen to your television. The Nexus Player also comes with a remote which supports voice control, so you can tell your device what you want it to play.

Additionally, Nexus Player users can purchase a remote control for gaming. With this remote, you can play games available on the Android Play Store right on your television. Keep in mind, however, there you’ll need to purchase a gaming component for this to work. 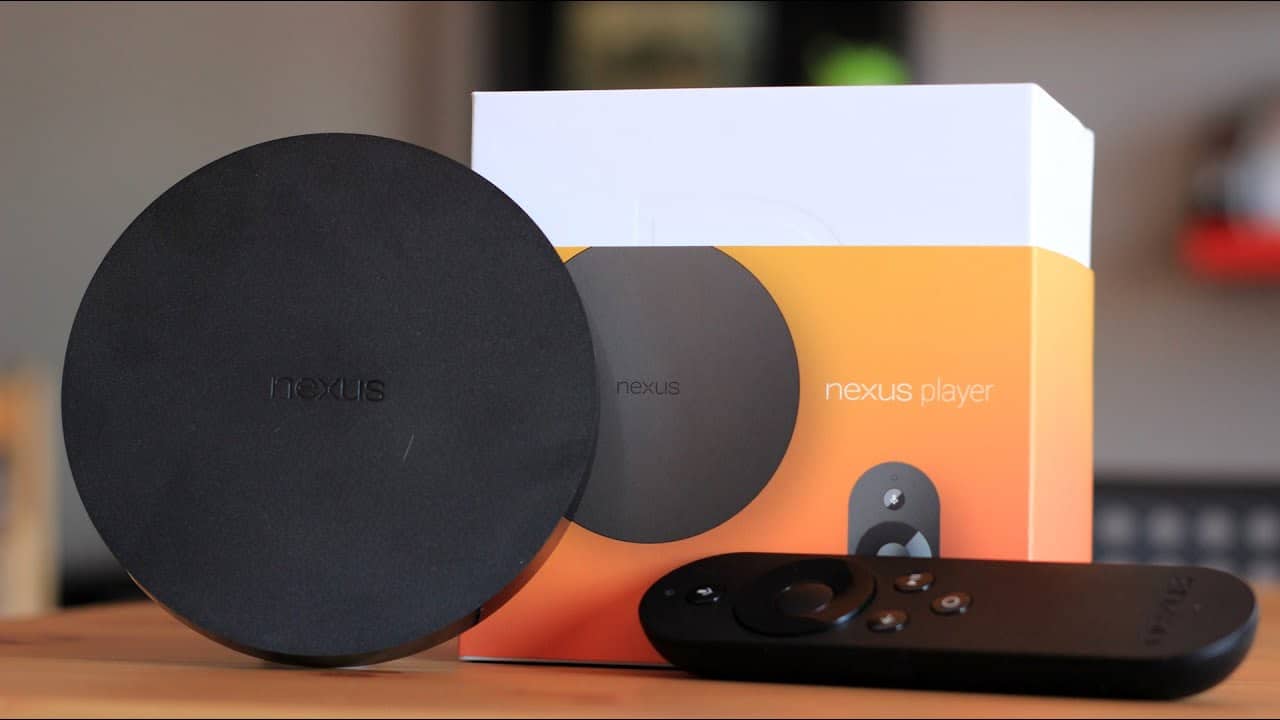 If we dig a little deeper into how these two devices operate, you’ll notice that there are actually two separate and distinct approaches taken. For example, the Chromecast is a component that requires the aid of a tablet or smartphone. This is how you cast content to your television.

The mobile app for the Chromecast then creates an ad hoc connection to your wireless network, thereby allowing you to stream your favourite show or movie to your TV. If you’re using a streaming app on your smartphone, take a second and look in the upper right corner for a symbol.

More often than not this symbol is a way for you to transfer your content to your Chromecast, so you can view it on a larger screen.

By comparison, the Nexus Player works autonomously. That means the device isn’t dependent on another component like the Chromecast. You can download a remote control application from the Google Play Store, however, a remote control comes with the unit.

Each device supports a wide range of applications. There are numerous media libraries and television stations that will stream content to your television and of course you can expect the offerings to continue growing as more and more streaming apps enter the fray.

One example of this is YouTube, which lets you stream various different types of content from movies to music videos. With the Nexus Player, you can use your remote control to navigate through the app without using your smartphone or computer.

Unfortunately, with this Chromecast, this just isn’t possible, since you have to keep reverting back to your smartphone, PC, or tablet to locate the content you want to watch next. This isn’t as bad if you’re watching a movie but watching something like music videos could be an exercise in frustration.

This consistent interruption can be frustrating, especially given that Google wants to make their applications and devices as simple and user-friendly as possible.

The Nexus Player is a standalone product, however, when compared with other smart devices, its connectivity is actually limited. The only HDMI connection on the unit leads either to your stereo or to your television. But your connection has to support HDCP or it simply won’t work.

There is a USB port on the Nexus Player, but it’s mostly used by engineers or developers, primarily to install new firmware updates. The remote that comes with the device supports voice commands, so you can at least control your unit that way if need be.

The device will also support Bluetooth keyboards along with the optional gamepad mentioned earlier. Graphics on the Nexus Player will support simple games available from the Play Store, but if you want something more advanced, you’ll have to use another type of device.

Hardware on the Chromecast isn’t near as robust as the Nexus Player, but the device does exactly what it’s designed to do. It plays your videos in 1080p quality without complaint. Plus, if you connect it to a soundbar, you can get Dolby Digital Plus 5.1 quality from the unit.

You won’t find a debugging interface on the Chromecast since it’s not really running Android and the micro USB port on the device is used for power. 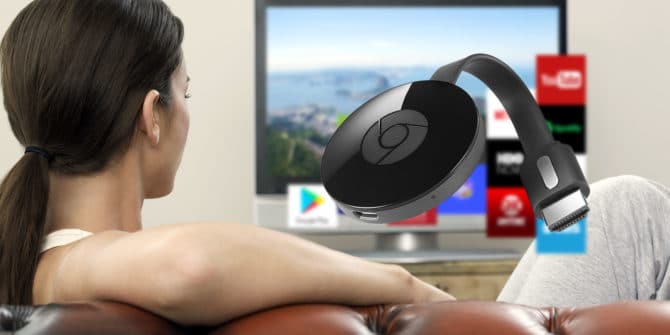 The user design of the Chromecast and Nexus Player are very different from one another, as would be expected based on what they’re designed to do. For instance, the Chromecast starts up and enters daydream mode, which shows images at certain intervals, along with the time and the network the device is connected to.

That’s all you get with the Chromecast until you tell it what to do. The Nexus Player design is a two-dimensional menu that offers a few YouTube recommendations for your day.

Once you finish the initial setup and install some streaming apps from the Play Store, you’ll get more than just a few suggestions from the YouTube app. Additionally, you can use the voice search feature once you get everything set up to find movies featuring your favourite actors.

For the most part, your Nexus Player user experience will depend largely on the quality of your wireless network. So long as you have plenty of bandwidth, you shouldn’t run into any problems.

The same thought applies to the Chromecast. So long as you have a robust wireless connection, you’ll have no trouble streaming your favourite apps from your smartphone or tablet to the device.

How do I install APK on the Nexus player?

From your PC, transfer the APKs you want on your Nexus Player to a USB thumb drive. Insert your thumb drive into the back of the Nexus Player, then launch the file explorer app you have on your device.
Find your way to the APK you moved to the thumb drive and launch it. Follow the directions to install the APK onto the Nexus Player.

How do I reset my Nexus Player?

To reset the Nexus Player, you just need to follow a few simple steps. First, be sure to unplug the power cord from the back of the device. Next, press and hold the button located on the bottom side of your Nexus Player.
While you’re holding down the button, reconnect the power to the back of the unit. Keep the button depressed until you notice the Google logo on your television screen. Eventually, you’ll move on to a screen that has the Android off to one side and “Normal Boot” printed at the top.
Now, press the button on the bottom one time. You’ll see the text change from “Normal Boot” to “Recovery Mode.” Next, press and hold the same button for two seconds, then choose “Recovery Mode.”
You should see the Android robot with a red exclamation point along with text that says, “No command.” Now press and hold the button until you see a menu, then press the button to move down the screen until you see “Wipe Data/Factory Reset.”
Hold down the button for another two seconds to choose this menu option. The menu will ask you if you’re sure you want to delete all user data. Choose “Yes” to do so by holding the button for two seconds. Now your Nexus Player will begin the reset process.

Is there a monthly fee when using the Chromecast?

No matter which Chromecast you select, the only thing you’ll pay is the initial cost of the device itself. There are no subscription costs and no monthly fees are required. The only fees you’ll encounter are the costs of using premium streaming apps like Hulu or Netflix.

How do I change the wifi network my Chromecast is connected to?

If you want to select a different wifi network than the one your Chromecast is currently connected to, launch the Home app on your smartphone or tablet. Find the Chromecast in your list of devices, then tap on the “More Options” icon located in the top right corner of the screen.
Now tap on the settings, choose the wifi option, then select the network you want your Chromecast connected to.

The Nexus Player and the Google Chromecast are two devices that have been on the market for a few years now. When it comes to digital streaming, you can’t go wrong with either of these options.

Even though these two devices are developed by the same company, they have different functionalities. While you can use both to stream media to your television, Google has continued to upgrade and develop the Chromecast.

Unfortunately, the same cannot be said for the Nexus Player, as Google stopped production on the device a few years ago. However, if you think this might be a device you’d like to have, you can still find them through third-party companies that sell it.

The Chromecast does everything you want if you need to find a way to stream content to your dumb television. Even better, apps like YouTube, Netflix, and Hulu work well with Chromecast devices.

The Nexus Player will perform all these things as well, but you won’t get the same support you’ll receive with the Chromecast. You will, however, be able to play games from the Google Play Store on your television, so if that’s something you want to do, you might consider a Nexus Player.