Smart locks are an increasing sight around smart homes as people are now prepared to but the locks on their doors in the hands of technology and move on from the humble Yale key. These devices fit on the inside of your door and sense your approach, via your smartphone, unlocking automatically.

While they are no solution if you live in a high crime area and need multiple locks, for the rest of us, they provide an easier way of getting in and out of home, and ensuring the door is locked without those moments of panic and dread in the office or at the mall.

We compare these competing smart looking, rotund, deadlock replacements based on their features, pros and cons and specifications.

Key Features of the August Smart Lock vs Danalock 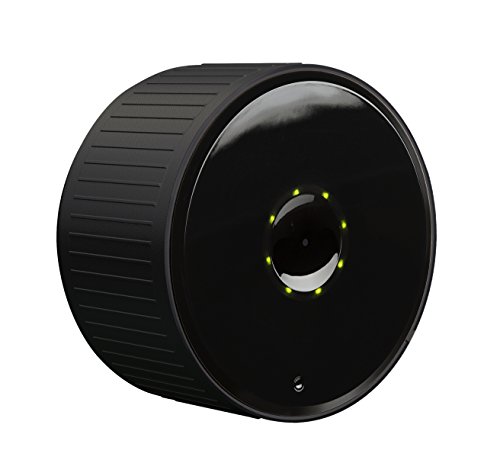 The brushed bronze look of the DanaLock (also available in silver) will look pretty smart on any door. Using Bluetooth, it will detect your approach and automatically unlock the door for you, or you can use your key in an emergency.

It comes with a set of templates, so should work with most locks. On the front is a user button to grant access, and a twist feature to start the lock/unlock process. However, mainly, homeowners will use auto-unlock based on their smartphone nearing the door.

If you have a family, or need to let others access the home, then their phones can be given permission to trigger the lock with time limitations and scheduling.

The August Smart Lock first and foremost looks pretty smart, with a discreet yet stylish design wrapped in an anodized aluminum coating. The ubiquitous LED lights are subtle, and don’t overwhelm the design.

It works with single cylinder deadbolts and nothing else, so this won’t replace complex locks or hefty security solutions.

As with most smart locks, the August Smart Lock tries to leave traditional products in the dust with an array of features, so it uses batteries to keep going when there’s a power outage, You can provide varying lengths of access to guests and it is encrypted to prevent hacking.

The guestbook feature lets you provide digital keys to friends and family, and you can also send them notes which is a nice touch.

Be sure to check out my full – in depth – August Smart Lock review, for additional analysis.

Pros and Cons of Both Devices

Possibly Applicable to Both Devices

We’ve seen users reports that both devices may struggle to install on some types of doors and there can be fiddling around to integrate the smart lock, but theoretically, both should be easy enough to install and pair with your smartphone with no technical knowledge.

Also, these automatic locks are both only guaranteed for one year, which doesn’t seem enough if the user is always coming and going. Some users report distressing sounds coming from the lock and burning smells, so your mileage may vary, but it could be down to an old or tight lock.

Finally, neither can tell your home systems which side the door was locked from, which could lead to some issues, and they generally means they are not quite as smart as they are made out to be with connectivity issues reported for both models. 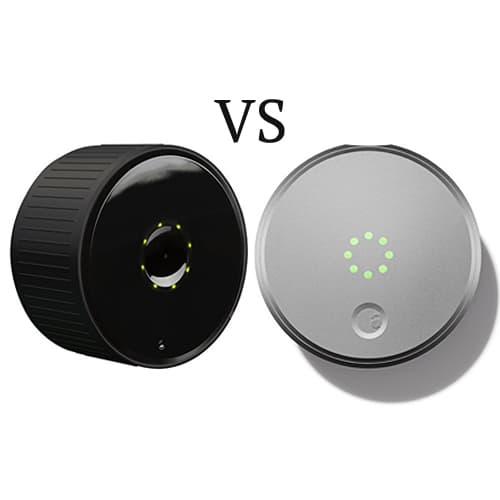 After trying both, they are very similar in functionality with a few slight differences. I would be cautious about where you purchase these and double-check return policies prior to checking out.

I’d definitely pick one up from a big retailer like Amazon, so I could take it send it back for a refund (no questions asked), if I had any trouble fitting it to the door, integrating with the lock, or generally having gremlins with one, whatever the model.

The extra cost of the August Connect would certainly lead me to favor the DanaLock, but, again, I’d be really cautious about installing it and relying on it. It may be a good job that both have 30-day no quibble returns.

Bottom Line: The lower overall cost of the DanaLock PLUS compatibility with the Z-Wave family of smart devices, gives it a slight edge. Just make sure you have the right CR123 batteries in reserve.

UPDATE: Danalock now has a new and improved V2, which you can check out here. Small improvements to the app, app settings, and notifications are definitely a step up, but nothing game changing.