Google’s Nest thermostat, launched in 2011 and now on its third generation, sees more competitors being released to compete against, and challenge it, on a regular basis.

One of the latest is the Zen, which arrived on the scene in late 2015. The Zen started life out as a crowdfunded project, trying to push and evolve the design of a thermostat even further than Nest,  which adds smarter updates with each iteration.

Whereas Nest tries to look a little like a traditional thermostat, Zen goes all out to be different with a space-age pressure sensitive screen and a large dot-matrix display.

Zen is also available in black and white models for a little designer differentiation, while Nest models have a black front. Zen also aims to be simpler, there’s no smart algorithm to help save money, just your control inputs via the screen or smartphone app to keep the home cosy.

Both devices allow for over the air firmware updates to keep them current, although so far Nest is the only one to cripple its own devices due to the unfortunate winter failure it suffered.

Zen supports Zigbee and WiFi while Nest sticks with Bluetooth and WiFi for its connectivity options.

Comparing the two further is really a question of do you prefer the designer approach, or want to try and be as efficient as possible. That’s an interesting choice, and quite a strange one considering the decades of boring functional thermostats that have come before. 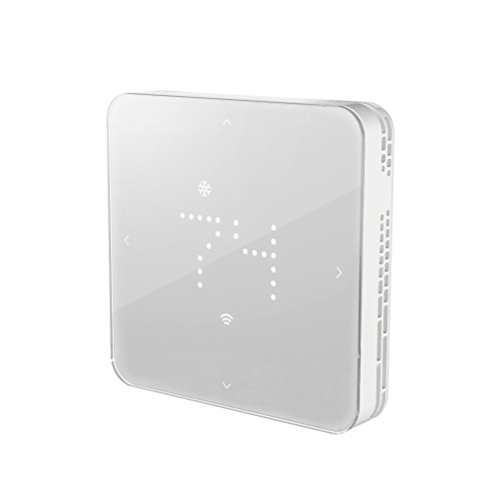 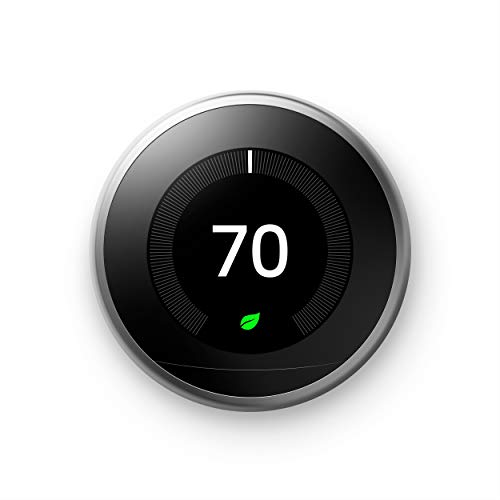 Pro – Easy to Install: The Zen was built to be easy to install and use. Once you know what wires were poking out of your old system, the Zen can provide a personalized guide for installation. The front panel uses a magnetic connection rather than screws to connect. It can operate with the power of a c-wire or can use four AA batteries for around two years of life.

Pro – Works with Common Smart Home Systems: The Zen can be hooked up with SmartThings and other Open Hub devices, and from there you can link to the likes of an Amazon Echo, using Alexa to change the settings for you.

Con – Losing Some Benefit with No Hub: However, if you don’t have a compatible smart home hub, then Zen needs you to tap the screen or use the app to change it, while scheduling changes or zones go out of the window.

Pro – Smart Design: Otherwise Zen’s designers have taken a stylish approach, making this either deeply appealing or rather gaudy, depending on your tastes. However, by providing plenty of useful advice and making the product as simple to use as possible, it will certainly appeal to those who just want to set their ideal heating temperature, and get on with their lives.

Pro – Smart Learning: Nest 3’s links to Google’s cloud and the Nest software help maintain the product’s edge as the smartest of the smart thermostats.

Con – More Expensive: That makes it a little more expensive, but well worth the investment for those looking to save money in the long term. NOTE: Be sure to check this listing for discounts.

Con – Resource Heavy: However, with that complexity comes issues like the battery draining bug that hit users over the winter. It is hard to imagine a scenario where that happens to the Zen.

Pro – Self Charging Battery: The Nest however, when it is behaving, does use its own rechargeable battery, which is a slightly less fiddly solution than Zen’s replaceable batteries.

Con – No Remote Sensors: The real issue now with Nest is that we expect it to be super smart, so it is a shame there aren’t remote sensors to take readings from around the home and help balance the overall home temperature, a feature that is probably in development, but is something a Zen owner would never be concerned about, but Nest owners seem to be baying for.

Final Recommendation – Which to Get?

With a growing range of smart thermostats on the market, some very smart, some not so, it is increasingly hard to pick a clear winner. Zen offers a simpler approach to smart technology, eschewing all the cloud smartness for one cool screen and some pretty basic connectivity that still give smart home hackers plenty of scope for tweaking and linking to other devices.

Nest 3, as the company love to claim, is wicked smart, something that you can either get the most from to extract every cent of savings, or ignore and stick with a slightly more funky Zen model. Either way at the basic level, both are a great improvement on a traditional thermostat, while offering different aesthetics and levels of intelligence. 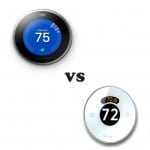 Nest vs Honeywell Lyric – Which Smart Thermostat is Better? 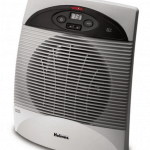 Holmes Eco Smart Heater Review: All You Need to Know 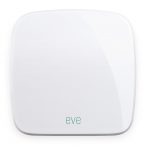 The Elgato Eve Room Sensor Review – Could This Be a Key Part of Your Home? 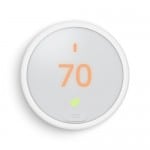