Trying to look distinct in a market full of either very bland or overly techy products, the eZLO Smart Home Z-Wave Hub is a recent design with pleasant clam shell design, if they had clam shells in the movie Tron. Developed by a startup team of engineers, with a background in online security, this is their gateway product into the smart home world, and seems like rather a pleasing effort.

Ezlo only sell the hub as a single product, they were on the floor of many smart home trade shows last year. Now available on Amazon, or through their own US, UK and Chinese online store, which has plenty of Z-Wave products for the new smart home owner to build out their ideal residence. 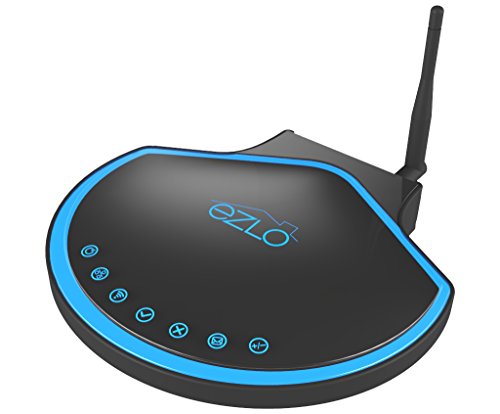 Pros of the Ezlo

Selling the Ezlo is a simple concept, there’s no cloud services, no subscriptions, no accessory packs or kits to buy. You pick up and install the the hub and then start building your own smart home, to your own specifications with the products you want.

Pretty much anything out there should be compatible with the Ezlo, and with the easy-to-use app you can take direct control with clear, large on/off buttons or sliders for dimming lights, or set up rules for each device, or get them to work in sync via logical commands. The app is neatly designed and looks impressive, with a touch of design effort unlike some that are plain boring or horrible to use.

It claims compatibility with Jasco, Kwikset, Schlage, Aeon, Everspring, Fortrezz, Yale and other products directly, but pretty much anything should work with it. The unit will send text or email alerts if requested and it features energy efficiency capabilities to help you save money.

Cons of the Ezlo

While the neat 10cm by 15cm, the black with neon blue accent clamshell design is distinctive, it looks a bit retro (read ugly) with the WiFi aerial sticking out the back of the unit. Hopefully you can locate it where it either lives among other devices with aerials, or in a corner so it is less distracting.

In use, there is little to complain about, it offers decent Z-Wave range and connects to most devices sooner or later, but it isn’t the fastest of systems. Whatever processor lurks inside the box could probably do with a boost come the next generation Ezlo.

Since its a new product on the market, there’s little in the way of feedback on how it works out in the wild world of actual devices, but there is a support forum if you have any problems.

If you want a budget model Z-Wave hub then the Ezlo is an easy buy, with an American-focused company behind it and none of the often unwanted frills offered by some others on the market. It comes with an impressive looking app, and no obvious issues out of the box.

Since there appears to be no cloud service behind the product, even if Ezlo vanishes from the market, it looks like the device would still work, although there would likely be no further updates to the app.

And with Z-Wave going nowhere fast, despite a rise in popularity of WiFi and Bluetooth low-energy smart home devices, there will always be a solid line-up of products for the Ezlo to operate with.

Hopefully the Ezlo company will get some decent sales with this product and be able to upgrade it into the future, with more powerful processors and radios. Until then you are probably taking a small punt on buying one of their units, but it seems to do the job of being a vendor neutral smart home hub.

Finally, some tips for any company planning to launch a smart home hub. First, put the product specifications somewhere on the website (processor, memory and so on). Many people won’t buy without knowing that sort of information.

Secondly, don’t wait until it goes on sale to populate your forum, use beta testers or your own trials to highlight problems and note them on the forum, so user at least have some idea of what to expect when getting to know the product. 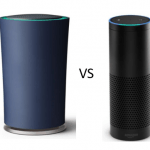 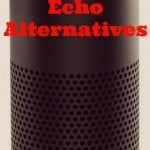 The Best Amazon Echo Alternatives – Can Anyone Compete?