Security, whether at home or at your place of business, is on the top of everybody’s list of priorities.  A home security camera is one of the best tools to make your home or office more secure.  This is probably the reason why there has been an influx of security cameras entering the market.

One of these is Flir FX.  But with a price tag (see here) really worth it? 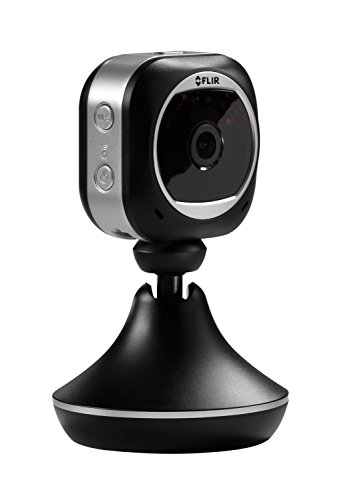 Flir FX Features at a Glance

The good news is that a 30-day trial to FLIR Cloud Plus comes free with your purchase of the device.  However, after the trial lapses, you revert to Free Cloud Basic

Setting up your Flir FX

Like all connected devices, you would need to connect your Flir FX to your Wi-Fi network and then pair it with your smartphone or tablet.  This process takes some work, unlike other devices that are basically plug-and-play.  You would need to switch from the app to the device’s settings to get it done the first time and that takes quite some time.

You need the smartphone app to control your camera and everything is easy to figure out.  A simple tap on a thumbnail image would bring up the live feed, then a “more” menu is there to guide you through creating RapidRecaps, viewing the recorded footage, and turning the alerts on or off.

It also allows you to use the microphone, capture a snapshot and tweak the settings for sound and motion sensitivity and night vision.

Pros of the Flir FX

With its price point and with its capabilities as a wireless camera, Flir FX meets some stiff competition from Piper, Dropcam Pro and Nest. All of these security cameras have two-way communication features and mobile app controls, as well as motion and sound alerts.  However, Flir FX is the only that offers both cloud and local storage; all three only offer cloud storage.

If you do not like the idea of paying a monthly subscription, you can opt for Piper, which offers its cloud storage for free up to 1,000 clips.  However, Piper does not have night vision capabilities.

The features included in Flir FX are something that other security cameras should aspire for.  However, there are some things that could be improved.

There is no question that the Flir FX gives users a lot of features.  It is very evident that the designers knew what was important for their users and gave it all to them.  It gives users the two-way communication, HD video recording and streaming, motion and sound detection, night vision, and a truly wireless setup.

It also gives you several features such as the RapidRecap and Smartzone, which you may not see in other security cameras.  It also helps that Flir FX is very flexible in that you can use it inside the house, outdoors, and even when you go biking.  All you need to do is to buy the casings for any specific use that you might have in mind.

There are, however, some things that the company needs to work on as these can really bring the product down.  Fortunately, these failings do not reside in the product itself, but in the added services such as the smartphone app and the new Web interface.

Bottom Line: I was surprised by how much I liked the Flir FX and by how it matched (and in some cases outperformed) big name competitors. Overall, this is a good buy in my book. Check out this listing for pricing details.