Do-It-Yourself smart home security is a big part of home protection nowadays, so if you’re looking for a reliable one, you might consider Fortress Security or Simplisafe. Each of these security systems provides self-monitoring choices without requiring contracts for their services, although you may incur monthly fees. 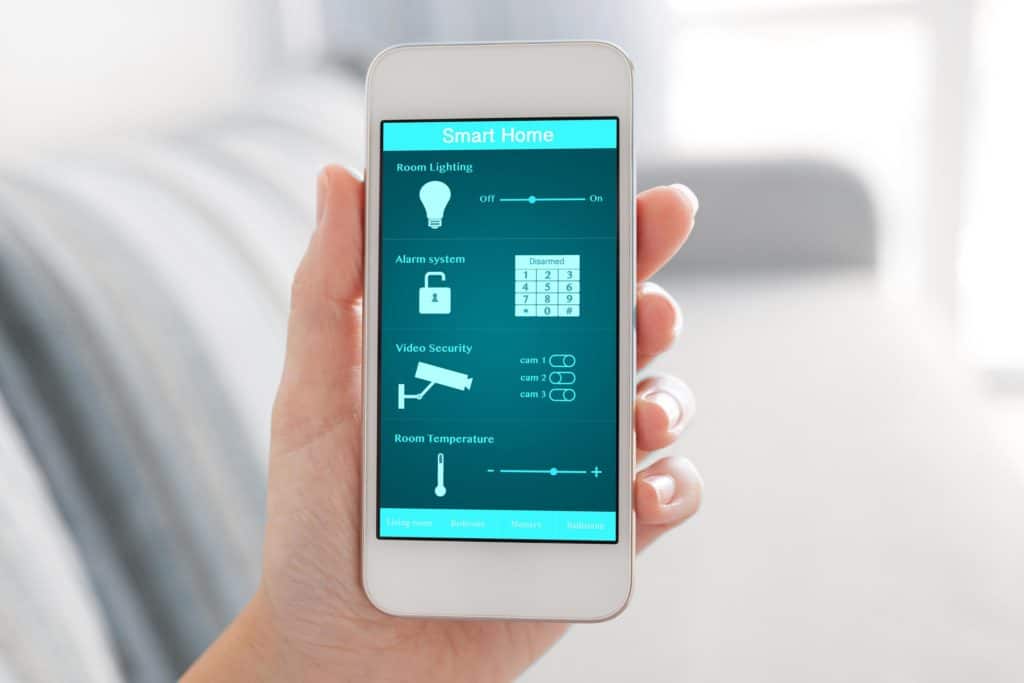 You’ll get plenty of hardware and features with both systems, so you can rest assured that you’ll have the equipment you need to keep your home safe and secure. Let’s see what these two systems have to offer, along with how they compare to one another.

Both systems provide solid monitoring plans with plenty of choices. Here’s a look at what each company offers.

While Fortress Security does offer its customers an option for self-monitoring, it isn’t completely free from monthly fees. The SO2 panel used with the system requires a landline or VOIP communications. This adds to your monthly cost, however, with it enables your system can dial emergency contacts when one of the alarms go off. This option, however, does not include app support or text alerts.

Fortress also offers its Ves 3G/4G security system which is similar to its SO2, however, it supports both landline and GSM communications. Unfortunately, you do not get a SIM card with this option, but you can purchase one from Fortress. You bear the responsibility of any overages that may occur with the SIM. With the Ves option, a text is sent to three contacts in addition to calls made to emergency contacts.

The third monitoring option that Fortress Security offers is Total Security. This option requires a cellular connection. When an alarm goes off, eight different emergency contacts are notified. Of course, since this option requires a SIM card, any fees associated with it are sent to you. Total Security does provide a mobile application, which you can use to control and monitor your entire system remotely.

Last for Fortress Security is its Ani Security system, which makes use of a hub for monitoring purposes. Ani Security only requires a wifi connection, which means its more than likely going to be your most practical and affordable option.

Simplisafe offers two monitoring plans with its security platform. The first plan the company offers is referred to as the Standard Plan. The system links to Simplisafe’s center where your home is continuously monitored. If a sensor is tripped, Simplisafe is immediately notified.

At that point, a Simplisafe operator will contact you to ensure that you are safe. When you provide a safe word, the operator will then dismiss the alarm. With the Standard Plan, you’ll also receive live streaming services via a web browser or through the Simplisafe mobile app.

Something to keep in mind though is that if you want mobile notifications and alerts, you’ll have to pay an extra monthly video. Recorded video history will also incur an additional cost. 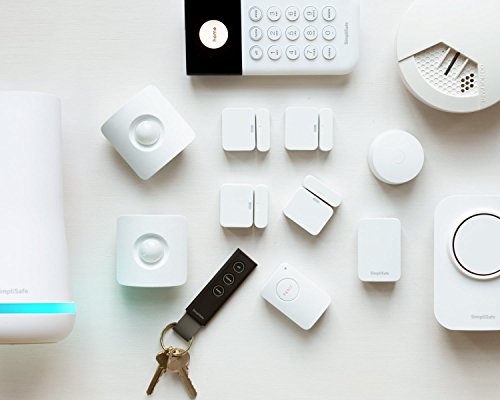 Simplisafe’s second option is its Interactive Plan. With the Interactive Plan, Simplisafe users get everything they get with the Standard Plan, along with some additional services. Users also get text and email alerts, mobile application, and Nest Thermostat integration.

Users also have the option to self-monitor, however, there is one very big drawback. Those who self-monitor will need to contact the appropriate authorities on their own, as the system will only work as a local alarm. This option does not include mobile alerts or access to the application, so users would need to be home to take action in the event of an alarm.

Typically, home alarm systems are built around some form of a control panel which is used to control connected devices.

The only control panel option Simplisafe offers is just a keypad and a base station. For an equipment perspective, users have the option to either build their own system or select from a pre-configured package. No matter what, you’re getting exactly what you need to keep your home safe and secure.

Fortress Security, on the other hand, offers a different approach for its users. Users have the option to choose between one hub and three control panels:

Once a customer selects which panel they want, they can select from one of the available pre-configured packages.

The purpose of a smart home security system is to protect you from intrusion. A big part of this protection is having the appropriate equipment in place. Both Fortress Security and Simplisafe use control panels which tie each piece of your equipment into a single system. Let’s take a look at the equipment associated with each system.

Fortress offers two entry sensors. One for its SO2, GSM, and Ani systems, and a separate one for its Total Security platform.

The SO2, GSM, and Ani model is 100% wireless and is easily installed with the assistance of a little adhesive tape. Similarly, the sensor for the Total Security system is completely wireless, easy to install, and offers a low-profile so it doesn’t draw attention once it’s put in place. The Total Security sensor, however, will only work with the control panel for that system.

Simplisafe’s entry sensor comes with adhesive and a pre-installed battery so you’ll have an easy time getting it set up. Additionally, the sensor triggers if the distance between the magnet and the sensor is more than two inches. If you have the system unarmed and the sensor goes off, users will hear a chime from the base station.

Motion sensors are exactly what their title indicates. These devices pick up movement from a specific room or area and trigger an alert. Typically, you’ll find motion sensors in hallways or rooms where uninvited visitors may pass.

The sensor is completely wireless, so you don’t have to worry about cables getting in the way. Users also get a mounting bracket which will stick to the wall or sit on a flat surface if needed.

Comparatively, the Total Security motion sensor will pick up movement at 25 feet away. It has a 110-degree vieweing angle from a horizontal perspective, and a 90-degree angle vertically. The sensor also is immune to pet movement and offers an LED indicator when it detects motion. 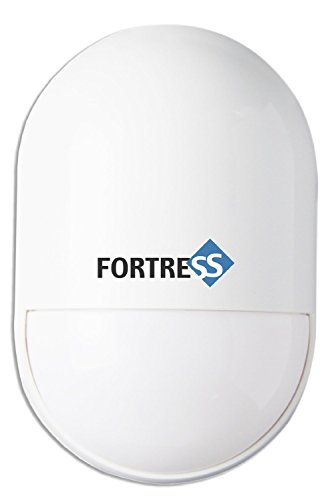 The motion sensor used with Simplisafe will work up to 400 feet from the central base station. It recognizes motion at around 30 feet and has a flat surface so it will stick to a wall or other flat surface. Like with the Fortress Security motion sensor, it will not trigger for pets under 50 pounds.

Glass break sensors are tuned to the sound of breaking glass. When glass breaks, it often signifies an intruder, so detecting it is very important when it comes to home security.

The glass break sensors provided by Fortress are compatible with all its systems. These sensors typically link to the control panel through the use of wires and cover a 50 foot radius. One drawback to these devices is that they do require consistent power so they have to be plugged into an outlet.

Unlike the Fortress Security glass sensor, the Simplisafe option connects via wifi to its base station. The glass sensor also works well with Simplisafe’s motion sensor, so you can monitor rooms throughout your home as much as needed.

While security cameras are technically equipment, they are of such importance that it makes sense to give them their own category. You can use your security cameras to detect intrusion and check on your home while you’re away.

The security cameras for Fortress work regardless of which system users select. The camera itself stands alone, which means it connects to the wifi and not the hub or the control panel. Here are some of the features of the Fortress Security cameras: 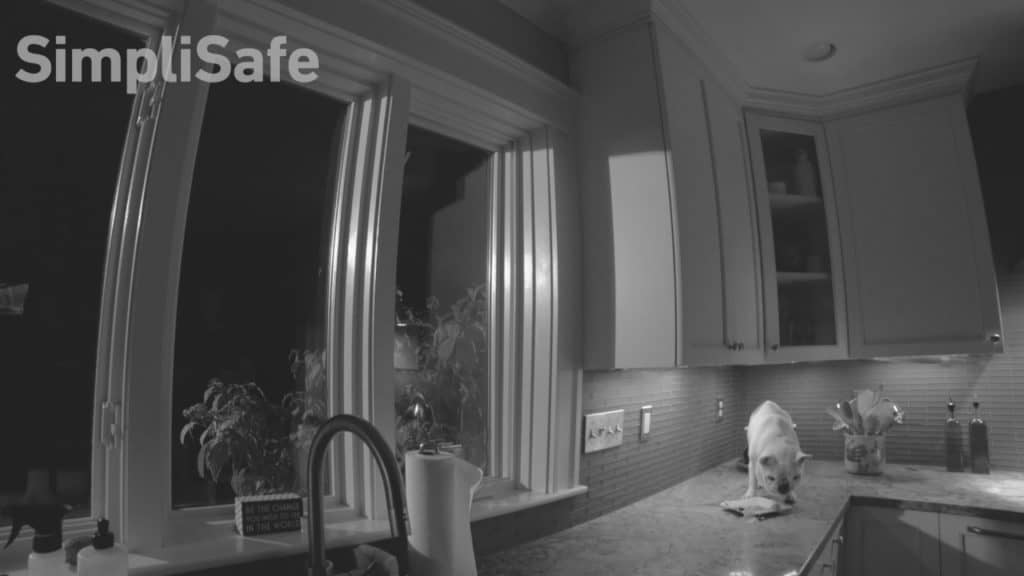 Unfortunately, with Simplisafe, you can only use their security cameras if you sign up for one of their plans. If you do, you can use the mobile app to view live footage of your home. For an additional fee, users can add cloud recording, which will keep everything in the cloud for future use and viewing.

Some of the features with Simplisafe’s security camera include:

Fire, water, and CO2 can all cause serious damage to you and your family. These hazards can be even more damaging than a home invasion. Both Fortress Security and Simplisafe offer monitors for each of these to help monitor these types of disasters and manage them before they get out of control.

Fortress Security’s smoke detector is compatible with all its various systems. When smoke is detected, it sounds an alarm, alerting you via SMS so you can deal with the situation or alert the proper responders.

Simpliesafe’s smoke detector has a built-in siren which goes off when it recognizes smoke in your home. A professional will contact you either via text or by calling you to alert you to the situation while sending out first responders.

Carbon Monoxide is very dangerous. It is silent, tasteless, odorless, and colorless. It is impossible to determine when CO does occur. The majority of CO death happen when people are sleeping. As a result, each room should have its own CO detector.

The CO sensors with Fortress Security will detect Propane, LNG, Carbon Monoxide, and LPG. You’ll know when danger is detected thanks to the flashing LED light on the sensor, along with the 75dB siren. You can mount the sensor on the wall using screws or nails if necessary, however, keep in mind that it does need to be connected to an AC outlet to work.

Simplisafe takes things to a new level with its CO sensor. When CO is detected, the alarm lets you know with an audible voice while professional monitors immediately call first responders. Users can also have email and SMS notifications for an additional fee.

As their name would suggest, water sensors detect water in areas where it shouldn’t be. These devices are best near drains and pipes that you don’t have the ability to monitor on a regular basis. This would be in an area where flooding may happen, like in a basement.

Like its other sensors, Fortress Security’s water sensor is compatible with all its various systems. It will detect water as soon as it touches the sensor, and will notify you via call or text depending on how you set up the sensor.

Simplisafe’s water sensor detects water quickly, so you don’t have to worry about potential flooding or damage to your home. It also offers email and text alerts, and it 100% wireless, so you can install it wherever you need it.

As you can see, both Fortress Security and Simplisafe offer plenty of equipment and monitoring options for your smart home security system. Let’s take a quick look at how these two platforms compare to one another side-by-side:

Based on the amount of equipment and monitoring each system provides, it’s hard to go wrong with either one of these options. You’ll have to decide which one makes more sense for you depending on your home setup and security needs. Neither system is difficult to setup, although Simplisafe is a little easier than Fortress Security.

Overall, you’ll get solid smart home monitoring with plenty of hardware to keep your home safe and secure. Both systems offer a mobile application so you can watch your home through your security camera whether you’re just down the street or away on vacation. Ultimately, it’s up to you to determine whether Fortress Security or Simplisafe is the right fit for you and your home.