Garmin Index is a Wi-Fi connected scale that can measure more than just your weight. You can keep track of your body mass index, skeletal muscle mass, body fat, and other metrics. In short, the Garmin Index Smart Scale makes it easier for you to be healthier and keep watch over your weight.

The Garmin Index Smart Scale measures 13.8 by 12.2 by 1.2 inches and weighs only 6.2 pounds. The small size means that you can place it anywhere you want. However, this scale is still bigger than other scales, so if you have big feet, then that’s a bonus for you.

The smart scale comes in two colors: white and black. That gives you a choice and lets you choose a color that will blend in with your decors at home.

This smart scale connects to your Wi-Fi network, as well as being able to link with Bluetooth and ANT+ devices. 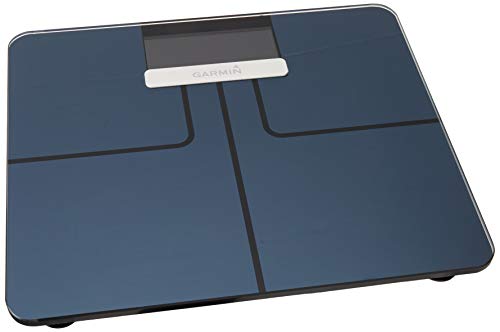 If you currently own a Garmin fitness tracker or smartwatch, you will appreciate how the Index Smart Scale also works with the same mobile app. This way, you have all your data in one place. You can now keep track of the calories you burn, the steps you make, the duration and quality of your sleep, your activities, and your weight all in one place.

With the Garmin Connect app, you can get all the information and metrics you have regarding your weight, allowing you to see your progress over time and how close you are to your goals.

The Garmin Index Smart Scale works with up to 16 users. That means that you and your entire family can keep track of weight matters. What’s more, the Index Smart Scale can recognize the user and instantly upload the measurements to his or her own Garmin account.

The Garmin Index Smart Scale comes with four AA batteries in the package. You only have to replace them once a year as these batteries can last up to nine months.

You can buy the Garmin Index Smart Scale from the manufacturer’s online store for only $149.99. You can also buy it at around the same price range from online retailers such as Amazon or Best Buy.

The Garmin Index Smart Scale gets an average rating of 4.4 stars out of 5.0 from more than 300 customers on BestBuy.com. People love the Garmin Index Smart Scale because of how it works with your their other Garmin devices. It also works quickly and pretty much uploads data on its own. Others like the range of measurements that it takes. You get to know your weight, body fat percentage, lean mass, and bone mass, among others.

Other users also love the quick setup. You unbox it and then sync it with your smartphone. It will first connect to your phone via Bluetooth, and then work to connect with your Wi-Fi network. Once it does get on your Wi-Fi, you do not have to have your phone nearby when you get the measurements.

However, some people do note that the smart scale does have some inaccurate measurements. For instance, one reviewer compared the galvanic body fat percentage as measured by the Garmin Index and one that was measured by a professional sports lab. He found that the Garmin scale was a bit off in its measurement. 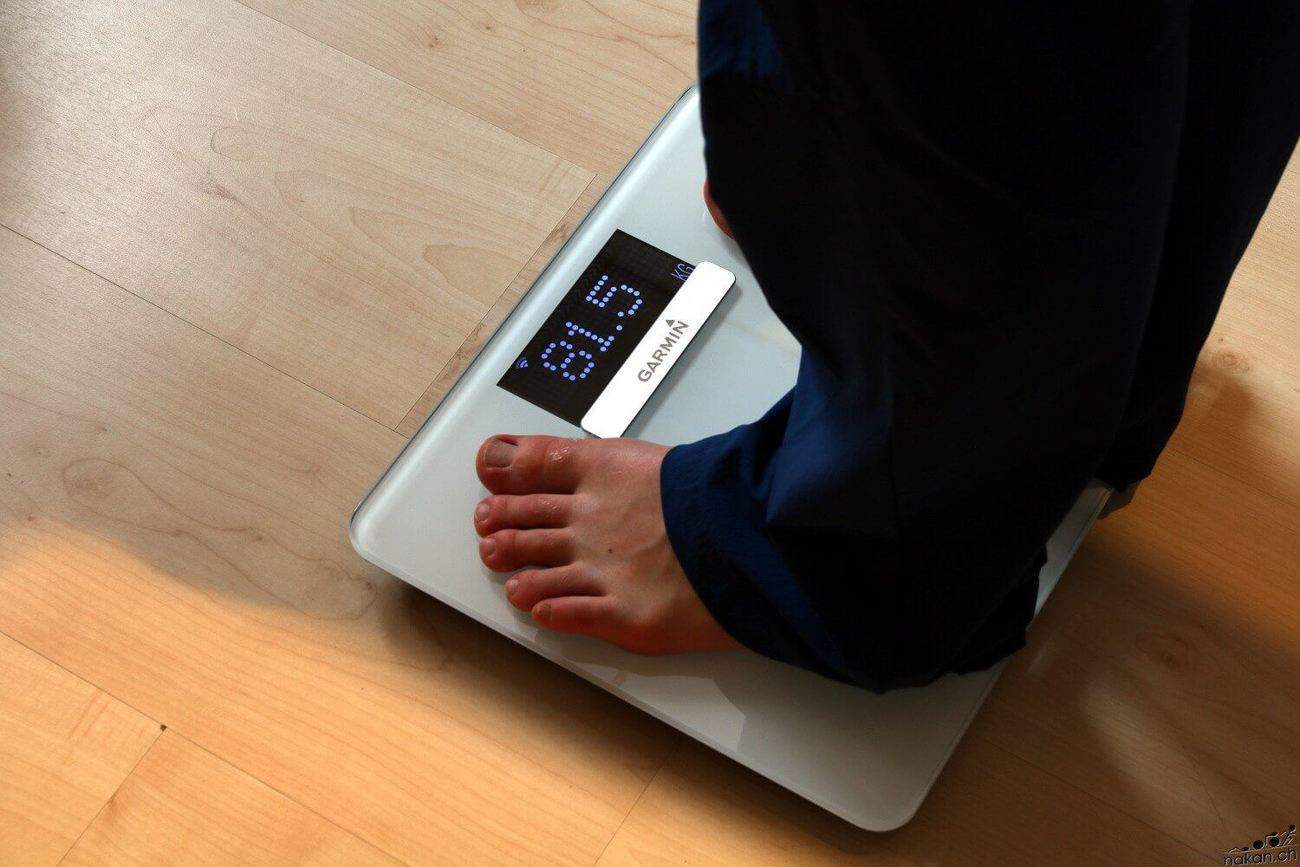 Some users report that this scale is costly and is good only for measuring your weight, as all the other metrics are inaccurate.

Overall, however, only seven percent of BestBuy.com customers left critical reviews, while 88 percent gave it their nod of approval. Around nine out of 10 people, or 89 percent, say that they will recommend this scale to a friend.

Over at Amazon, the Garmin Index Smart Scale gets a lower average rating of 3.6 stars out of 5.0. With close to 500 reviewers leaving their opinions, one in three reviewers gave it a score higher than 4.0 stars. Only 34 percent gave it a critical review.

People who bought the scale on Amazon like how accurate it is, testing the readings on their own. For instance, one user compared the body fat percentage as measured by the scale and with a caliper and found a difference of less than one percent. They also like it that you only need a few seconds for all the weight and metrics to be calculated — meanwhile others like the long-lasting battery.

However, there are complaints that it only works with Garmin Connect, and has a variety of issues if you use other fitness apps with it. There are also people who say that the user manual is not easy to understand. Others also warn interested buyers that the scale is fragile and the glass top can smash if you’re not careful.

Some people complain that the Garmin customer support was not too helpful, while some have problems with pairing their scales with their devices.

Not surprisingly, there are a couple of products that compete with the Garmin Index Smart Scale.  How does it compare to the QardioBase 2 Wireless Smart Scale, Fitbit Aria 2 Wi-Fi Smart Scale, and the Yunmai Premium Smart Scale? 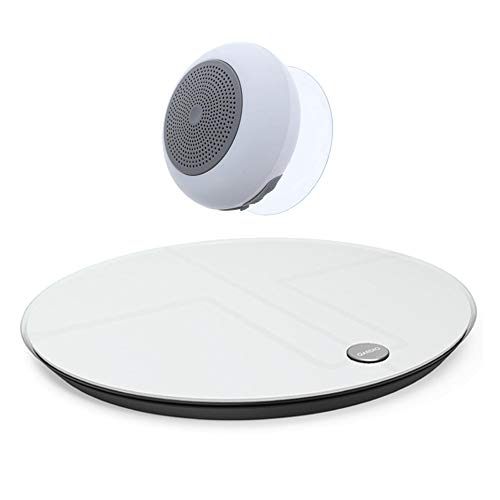 The QardioBase 2 Wireless Smart Scale can measure weight, body mass index and your body fat percentage. It can also measure bone, muscle, and water composition. It connects to your Wi-Fi network enabling you to track your progress easily. It can also recognize multiple users, allowing you to keep the whole family healthy. This scale even displays your name when you weigh in.

This circular smart scale comes in two colors: black or white. It uses a built-in rechargeable battery that lasts up to 12 months even with frequent use. This scale will also vibrate after it finishes taking your measurements. It gives accurate measurements for people up to 396 pounds. Lastly, it works with a variety of mobile apps, including MyFitnessPal, Apple Health, Google Fit, Wear OS, Apple Watch, and Samsung Health, among others.

The QardioBase 2 Wireless Smart Scale has a middling average rating of 3.1 stars out of 5.0 from reviewers on Amazon. More than half of the reviewers gave this product a rating of 4.0 or higher, saying that it is their favorite smart scale. They also like the metrics that it tracks. Further, they love the long-lasting rechargeable battery.

However, 40 percent of reviews also panned this smart scale because of the complicated setup. According to some complaints, it is unreliable and often has problems when measuring your weight. Other commented that the product they got was stopped working after a short time. Check out the price here.

The Fitbit Aria 2 Wi-Fi Smart Scale measures your weight, body fat percentage, BMI, and lean mass. You can connect it to your Fitbit app and see all your stats in one place, so if you have other Fitbit devices, this will help give you a more complete picture of your health. The Fitbit Aria 2 can recognize up to eight users and can handle up to 397 pounds.

The Fitbit Aria 2 also syncs via Bluetooth, so you do not have to worry about setting it up with your Wi-Fi. The company claims that around seven out of 10 users lost weight in the first six months of using the Aria 2. The squarish smart scale measures 14.2 by 14.0 by 1.6 inches.

The Fitbit Aria 2 Wi-Fi Smart Scale gets an average rating of 3.7 stars out of 5.0 from more than 600 reviewers on Amazon. Close to six out of 10 reviewers give it a rating of 4.0 stars or higher. People love this device for doing its job rather well.  Some reviewers wonder why some reviews are bashing an excellent product — others like how accurate this scale is.

Other people suggest updating the Fitbit app if you are having problems setting it up and pairing the scale with your smartphone. The biggest criticism for this product is the company’s terrible customer support.
Check out price for Fitbit Aria 2 on Amazon. 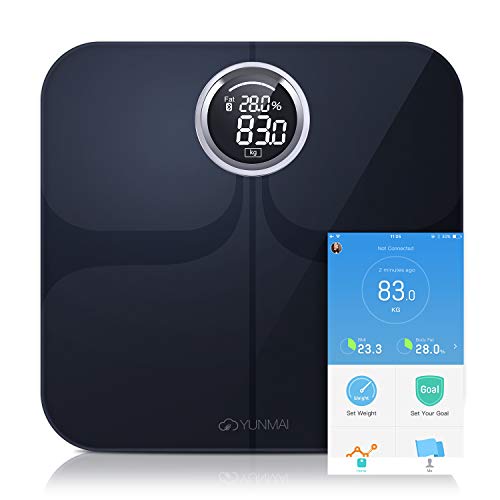 The Yunmai Premium Smart Scale looks like the Garmin Index Smart Scale and measures 12.9 by 12.9 by 1.2 inches. It weighs 6.8 pounds. It has a backlit LCD that shows you your measurements and use a range of sensors to do its job. It also comes in black or white.

Pregnant women, as well as those who wear a pacemaker or electrocardiographs,  are advised not to use this scale because it uses bioelectric impedance analysis. It works with several fitness apps such as Google Fit, Fitbit and Apple Health.

This smart scale gets an average rating of 4.3 out of 5.0 stars from more than 2,000 reviewers on Amazon. Around 85 percent of all reviewers give this a rating of 4.0 stars or higher. People like its Bluetooth connectivity and the low price. Check out the latest price on Amazon. They also love the easy setup, the straightforward app, and the sleek looks of the product. Plus the scale allows them to keep track of different metrics without pen or paper. There are also users who like the words of encouragement that the Yunmai scale gives you as you reach your goals.

There are a few critical reviews. There are concerns about the app’s permissions being too invasive for comforts. There are also reviewers who claim that the scale is inaccurate and unreliable.

There are a lot of things that the Garmin Index Smart Scale does right. For one, it has the right dimensions. It’s big enough for those who have big feet, while also small enough to be placed just about anywhere. You will also like how it looks, with an elegant styling that you might not expect from a scale.

The biggest reason to buy this smart scale is the variety of measurements it gives you. Knowing your weight, BMI, body fat percentage, and other statistics can give you better insights into your health. What’s more, if you use other Garmin products, the Garmin Index will fit right in.

What can be better

A good number of complaints regarding the scale focuses on the firmware. However, these reviews were during the first few months of release, and it does seem that it has all been resolved by now. The biggest complaint about the Garmin Index Smart Scale the fact that the manual is difficult to understand, which should not be taken against the device itself.

What’s more, the Garmin Index Smart Scale is quite expensive, costing more than its competitors. Another product-related flaw is that it only stores one measurement per day, so if you weigh in twice or more a day, only the latest one will be recorded. 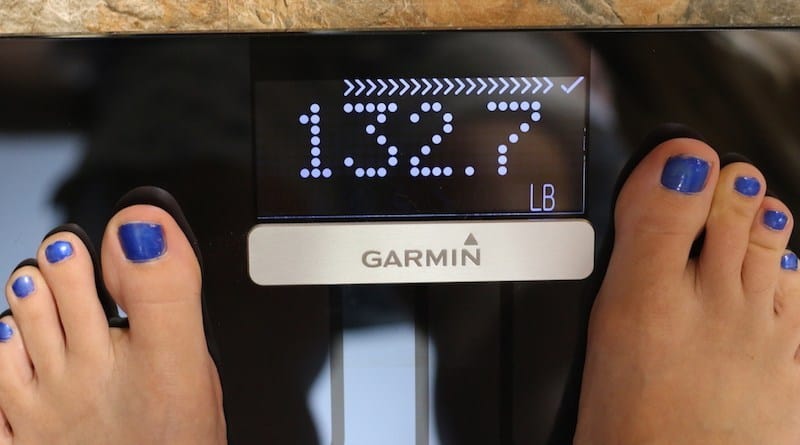 Should You Buy the Garmin Index Smart Scale?

The Garmin Index Smart Scale is not difficult to recommend. It gives you a lot of statistics regarding your weight and overall health.  This smart scale is accurate as well. It works rather well with different apps.  But it shines brightest when you use it within the Garmin ecosystem.  If you have other Garmin devices, you might want to add the Garmin Index Smart Scale to your dashboard.

However, it is a pricey scale.  There are more affordable models that you can buy, and they deliver the same set or more metrics. For an option that is within your price range, you can get the QardioBase 2 smart scale, which works with a variety of fitness apps. Or if you have Fitbit devices, then the Fitbit Aria 2 might be a better choice for you.

Overall, however, the Yunmai Premium Smart Scale might be your best option with this price, it offers 10 metrics and syncs with different apps. 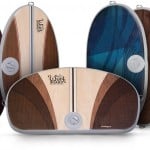