Apple HomeKit and Samsung SmartThings are two of the most popular home automation protocols that are available now.  If you have a smart home or are interested in connected devices, you will undoubtedly have come across these.

Which home automation protocol is better?

Hub or no hub 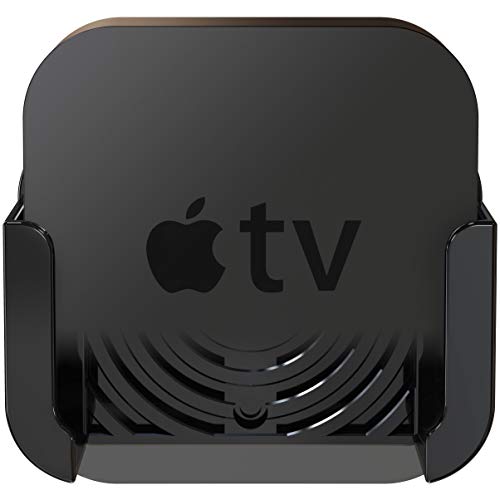 Apple HomeKit’s biggest draw is that you really do not need a hub to control your devices.  That means one less device that would take space in your home and one device you do not have to buy.

You only need to have an iOS device or Apple TV, devices that serve another purpose rather than just being a hub.  Your iOS device enables you to configure different devices so that they work together.

SmartThings, on the other hand, would need you to buy the SmartThings Hub, which would set you back (For the latest prices and discounts, check here). While going “hub-less” saves you money, there is a lot to be said about hubs keeping things simple.

Having a hub means you have “one neck to choke,” so to speak.  You can control hundreds of devices just by controlling the hub, rather than having one mobile app for each device.

If you have a few connected devices that you want to control, it is better to go with HomeKit.  You do not have to buy another device and you still get the home automation that you want.

However, if you have a lot of connected devices or are planning to invest in a smart home, then getting SmartThings is a good decision.

With HomeKit, you are sure that your smart home devices are secure.  Apple does not take its “Works with HomeKit” certification lightly, often demanding that devices seeking accreditation would follow specific hardware and software with a chip that would handle encryption being part of the requirements.

This is the reason why there are only a few devices that are certified to work with HomeKit, but it also ensures that security is the least of your worries.  Every communication between your HomeKit devices is encrypted, and Apple itself would not know what you ask Siri to do.

SmartThings, on the other hand, does not have this oversight.  In fact, one of the things that draw most people to SmartThings is the homebrew integrations that the developer community creates for devices that are not official partners yet.

In fact, in May 2016, researchers at the University of Michigan said that there were ways to hack into the SmartThings platform and these allow hackers to change your settings or otherwise control the devices in your home.

SmartThings has worked to plug security vulnerabilities in the system, but the fact that this had to happen before Samsung corrects it sends a bad signal for those who are concerned about security.

What’s more, Samsung, along with Google, Amazon, Nest and other manufacturers, has been known to collect usage data from customers and SmartThings is no exception.

Because of the aforementioned focus on security and encryption, there has been a slow stream of devices that work with HomeKit.  This might mean that you will be rather limited when it comes to your choice of devices.

What’s more, the devices that are certified might prove to be more expensive because of the added components required by Apple for certification.

On the other hand, Samsung SmartThings has a long list of compatible devices.  It also works with Zigbee and Z-wave devices.  And for those devices that are not officially supported by Samsung, you can find ways to work around it with the help of the SmartThings developer community.

What makes SmartThings the right choice for most people is a mobile app that allows you to set up more complex integrations with several of your devices.  In contrast, the HomeKit platform is rather late when it comes to offering users a great app.

Before iOS 10, the Home app provided just the basic functionalities and if you wanted your HomeKit devices to do more, you should be using Siri.  It was only with the recent iOS10 update that the Home app was given the attention it deserved, now helping users create automations in just a few seconds.

However, it should be noted that the SmartThings apps have consistently been criticized for being confusing to navigate and for not being so user-friendly.

HomeKit comes with Siri, a virtual assistant that can turn the lights on or off with your voice command.  On the other hand, SmartThings rely on third-party devices such as Amazon Alexa to enable and respond to voice commands.

Samsung SmartThings allow you to control your hub and your connected devices even when you are not home.  With HomeKit, you can only remotely control your smart home devices if you have the Apple TV.

Tying it all up

You’d be perfect for HomeKit…

There are several ways to control your smart home devices with HomeKit: using your iPad or iPhone, using voice control with Siri, through the control panel, or through the Home app.  Using the Home app, you can set up your devices to work together using recipes.

For instance, you can dim the lights when you start watching a movie.

Another thing about HomeKit is that it is really good for people who do not need to control their smart home devices when they are not home.  What makes the HomeKit secure is that connected devices talk to each other locally, without having to send anything to the cloud.

If you do want to control your devices remotely, you will need to buy an Apple TV to get that ability, and that costs you additional price for the 32 GB version and the 64 GB version.

What could make it better

You’d be perfect for SmartThings…

If you do not own an iPad or iPhone.  That is because, as in most cases, your first consideration for choosing between HomeKit or SmartThings to automate your smart home is whether you have an Apple iOS device or not.

Also, if you want to create complex automation rules, the SmartThings app would be able to help you set these up easily and quickly.  Furthermore, if you do not want to have to install too many apps on your smartphone, you really would want SmartThings.

On top of just having an app to control all your devices, you do not need to download the specific device’s own app for it to work.  With HomeKit, you would generally need to download a particular device’s very own app to access its full range of controls and functionalities.

Some devices would also need their own mobile apps to perform a firmware update.

Additionally, if you have an Amazon Alexa speaker or even Google Home, you would be better off using these than HomeKit’s Siri.  Alexa has beam-forming and far-field recognition technology, enabling it to recognize your commands even when the room is awfully noisy.

Siri, on the other hand, can be unreliable and can misunderstand words.  So using Siri is a bit of a hit or miss.  Also, Siri can be quite difficult to use.  Alexa has the ability to know where you are and operate devices within the same room even when you do not specify it.

So if you are in your bedroom, you can just say, “Alexa, turn off the lights,” and the lights in the room will turn off.  With Siri, however, you should remember all the zones in your house and their names.

The voice commands you use could easily be very long and specific, such as “Siri, turn off the Philips Hue in the second upstairs bedroom.”

What could be better about Samsung SmartThings