Roomba is arguably the best-known brand when it comes to robot vacuums.  However, iLIFE is proving to be a worthy challenger.

How does one compare to the other?  Read on to find out!

Main Differences Between iLife vs Roomba

The Main Differences Between iLife vs Roomba are:

Roomba Appearance: Roomba’s vacuum cleaners have always been 3.6 inches tall, allowing them to get under most furniture when cleaning.  All Roomba units follow the same circular form, with diameters of slightly less than 14 inches.  Roombas, however, have become heavier.

iLIFE Profile: Meanwhile, iLIFE has a lower profile, with most models falling below three inches in height.  For instance, the iLIFE A6 has a height of 2.8 inches.  Even the taller iLIFE models are lower than Roombas.  The iLIFE V7 is only 3.15 inches tall.  iLIFE robot vacuums are also narrower, with diameters ranging from 11.80 inches for V5, X5, and A4, among others, to 13.4 inches for the V7.

While iLIFE has the same circular form of iRobot’s Roomba, it is much more colorful.  The range of colors available for different iLIFE models includes piano black with glass top, gold, rose gold, and blue, among other colors.  iLIFE is also generally lighter than a Roomba, with most models weighing five pounds.

The heaviest is the iLIFE V7, which weighs 6.5 pounds, while the X5 is the lightest at only 4.5 pounds.

Roomba Pricing: It is typical for a new Roomba model to debut at more than $500, and then get its price cut as soon as a newer model becomes available.

For now, the most expensive Roomba is the 980, which would set you back here, while the Roomba 650 is the cheapest one available, with a competitive price here.

iLIFE Pricing: iLIFE is known for its budget pricing.  Most of its robot vacuums are below $500.  For instance, the iLIFE V3s is being sold for a fair amount here.

Roomba Navigation: Roombas currently have two navigations technologies in place: the iAdapt for Series 800 and earlier robots, and the iAdapt 2.0 for the Series 900 robots.  iAdapt uses sensors and software to guide your Roomba and to help give your room a more efficient clean.

The sensors keep the robot from falling off stairs, tells it to go under or around furniture, or go clean along the walls.  With iAdapt, the robot vacuums are also able to switch cleaning modes when it goes from one floor type to another.

With iAdapt 2.0, which you see on Roomba 980 and 960, an onboard camera is used to map out your floors.  This helps the robot vacuum get a better view of your floor for better and more complete cleaning coverage.

iLIFE Navigation: Navigation for iLIFE varies widely depending on the model you choose.  But these budget vacuum cleaners rely on pre-set modes to help them clean your floors.  There is no visual mapping.  Instead, the robot vacuums follow a specific path according to the mode you select.

For instance, the auto mode scans your entire floor and then starts cleaning, first cleaning the outer portions of your room and then going inwards.  The spot cleaning mode sends the robot vacuum in a spiral to clean a smaller area, while the edge cleaning mode follows the walls.

If you have a remote controlled iLIFE Robot, you can use the direction keys on the remote to tell the robot vacuum where to go.

Roomba: Earlier Roombas use AeroVac, followed by AeroVac 2.  Most of iRobot’s latest releases use the AeroForce vacuuming technology.  Roombas make use of three-stage cleaning.  Whether it uses debris extractors or counter rotating brushes, the Roomba can pick up dirt, dust, hair, dander, and debris from your floor, while side brushes help clean wall edges.  All of these are then vacuumed by the powerful motor.

Aerovac technology on earlier Roombas is efficient in pulling hair off the brushes and sucking the dirt.  The AeroVac 2 is much more efficient, but the AeroForce technology you see on later models uses the debris extractors and are five times more powerful than the Aerovac motors.

iLIFE: iLIFE also uses three-stage cleaning, with models having one or two side brushes to clean wall edges, a central brush, and a powerful vacuum suction system.  It also makes use of several sensors to avoid colliding into walls and falling off stairs.

Roomba: All Roombas, from Series 600 to later models, have the ability to automatically recharge themselves after the battery runs out.  However, they still support manual docking wherein you press the Home button on the unit to tell it to go back to the charging dock.

iLIFE: Most iLIFE robot vacuums are also able to find their way back to their charging docks.  It is important to note, though, that the iLIFE V1 does not have a charging dock and needs to be plugged in manually to charge.

Roombas, from the 600 series up, offer a spot cleaning feature.  Spot cleaning tells the Roomba to concentrate cleaning an area that’s up to 3 feet in diameter.  iLIFE’s later models all offer spot cleaning as one of its cleaning modes.

iLIFE gives your hardwood floors an extra level of clean by including a wet mopping mode to some of its models, such as the V5 Pro, V7s and the X5.  You only have to replace the dust bin with the included water tank and then attach the cleaning cloth.

There are no Roomba models that offer wet mopping.  Instead, you need to buy the Braava mopping robot.

Most of the Roombas currently available use lithium-ion battery, but there are some models that still use the older nickel metal hydride batteries, such as the Roomba 880, 870, 770, and 650. Lithium ion batteries are known to last longer than Ni-MH batteries.

However, a number of Roomba robot vacuums do not have remote control abilities such as the Roomba 870, 860, and 650.

Meanwhile, iLIFE’s better models include a separate remote control such as the A4, X5, V7, and V5 Pro.

Roomba: Later model Roombas mostly use HEPA filters, a kind of filter that can keep most small dust particles inside the dust bin instead of having them go back into the air that you breath.  Earlier models use the AeroVac filter, which may be a good type of filter, but is not as effective as HEPA filters.

iLIFE: iLIFE also uses HEPA filters, but there are models that make use of dual-layer filters.

Almost all late-model Roombas, starting from the Series 700 models, tell you when it is time to empty the dust bin.  iLIFE, on the other hand, advises you to empty the dustbin after every cleaning.

Can the iLife Robot scratch my floor?

The iLife Robot is designed with rubber wheels to prevent any scratching. You can be sure these robots will be gentle with any kind of floor you have.

What is a Virtual Wall in Roomba Robots?

The Virtual Wall is an invisible frontier you set up for your unit, so the Robot can know exactly where it should stop cleaning. This is a perfect feature if there are areas you want to avoid.

Can I put Detergent in the iLife Robot Water Tank?

It is not recommended to add detergents in the water tank, some residues and crystallizations can get stuck in the tank outlets, damaging the mopping mode.

The future – Which is a Better Bet?

If the latest models available from iRobot are any indication, then it is safe to say that we are going to see more Roombas that will feature Wi-Fi support and work with the iRobot Home app.  The company is also seen to offer entire-level cleaning.  Roomba models that do not have the entire-level cleaning need to be manually restarted after recharging for them to resume cleaning.

There is also an indicator that Roomba might release more models with the carpet boost mode, a feature that makes the Roomba 980 a powerful agent against deep-seated dust and dirt hiding in your carpets. For now, only the 980 has this feature.

Another trend that we might see on future Roombas is the edge cleaning mode.  Edge cleaning mode tells the Roomba to go along wall edges twice to make sure that they are more thoroughly cleaned.

Also, in future models, you might be able to tell the Roomba whether to keep cleaning or immediately pause when the bin is full, a feature that we currently see only on the 960 and 980.

For iLIFE, there is hope that it might soon come up with a model that will connect to your Wi-Fi network.

The company has the iLIFE V7 that connects to your smartphone via Bluetooth connection.

So this is not that far off.  iLIFE continues to improve on its motor and has recently came out with the second generation motor for iLIFE A6. The powerful motor is estimated to deliver ten times the air power compared to the earlier motors used by the company’s other robot vacuums.

Any challenger to the Roomba is up for an uphill battle because of the brand’s reputation of providing top-notch vacuuming and navigation capabilities.  The company is also not afraid to experiment and is continuously improving its technologies, adding more features and thinking of ways to get further ahead in the game.

When it comes to robot vacuums, Roombas enjoy the enviable position as the brand to beat.

That is not to say that iLIFE will always play second fiddle.  The Chinese company has shown that it can do some things better and already has features that the Roomba does not, such as wet mopping.

More than that, it delivers a comparable clean but it may need to improve on its navigation technologies to ensure complete coverage and comprehensive cleaning.  With its low price tag, better battery life, longer runs, and wet mopping, iLIFE can definitely give Roombas a run for its money. 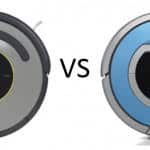 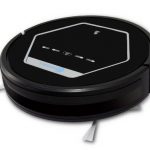 Rollibot Robot Vacuum Cleaner Review – Cheap, But Worth it? 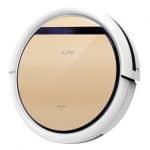 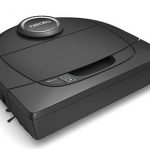