Bottom Line Up Front: If you are in a hurry, here are the high level advantages (differences) of both:

Logitech Harmony 700 makes it easy for you to control your home entertainment.

You can switch from watching a DVD to listening to music just by pressing one button, using the controller’s Activities feature. With the Harmony 700, you can do away with remote controllers for up to six different home entertainment components.

Take away the LCD screen and the Logitech Harmony 700 does not differ much from your standard remote control.  It has an ergonomic shape and an easy and comfortable grip, without breaking any design standards.

The remote has three main sections: The top part is where you would find the color LCD screen that you can control with five buttons. The middle part has the directional pad, volume, and channel controls, as well as DVR keys. Then the bottom section has the 12-key keypad and the video transport controls.

The Logitech Harmony 700 comes with two rechargeable AA batteries. However, it does not have a charging cradle, so you will have to use the USB charger and plug it into a wall socket.

Battery charge can last around a week and you can leave it plugged in overnight. Another way to charge the battery is by using the micro-USB cable included in the package.

Logitech Harmony 700 follows the same setup process as most other Harmony remotes. You would need to connect the remote to your PC using the USB cable included in the package and then install the right Harmony software.

A wizard will take you through the entire setup process, which involves identifying the home entertainment devices you have and defining their functions for the activities.

For instance, for the “Watch TV” activity, you should list down the inputs and devices that the remote would enable, as well as the keypad functions that need to be performed.

In this case, when you press the Watch TV activity, your TV, AV receiver, and PVR would be on – while all other devices would be turned off. On top of that, you can also identify specific setups for each device, such as your TV set to HDMI 3 and the AV receiver set to VCR.

If you unexpectedly run out of battery, you can use just about any AA battery you might have lying around the house. The micro-USB port is also standard so you can use your phone’s charger to charge your remote.

Logitech has made the setup process as painless as possible, but it might still turn some people off because it can be quite lengthy and tedious. If you have a complicated system with a lot of devices, you might hit snags and might have to do some trial and error.

The LCD screen could have done without the five control buttons if Logitech opted for a touchscreen display, which would have made it easier for you to choose your preferences rather than cycle through menu items. What’s more, it is quite difficult to read the LCD screen, especially when you look at it an angle.

While the rechargeable battery is a good idea, it would have been better if the Logitech Harmony 700 had a charging cradle. A cradle would have made recharging more convenient.

Lastly, the Logitech Harmony 700 does not have radio frequency support. That means you would need to be in the same room as the device you are trying to control, with the Harmony 700 having a line of sight with the device.

That means if you have devices inside cabinets, you would still need to open the cabinet for the remote to work. 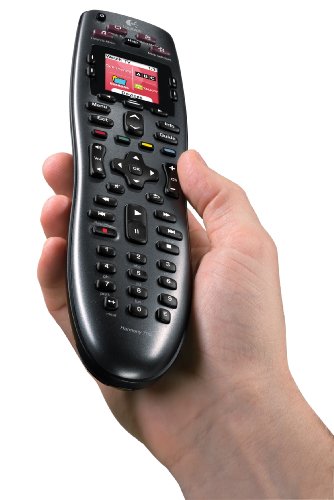 The Logitech Harmony 650 can take the place of eight home entertainment system remotes, helping you have a clutter-free coffee table.

With activities such as Watch TV or Play a DVD, the Logitech Harmony 650 will be able to turn on all the devices you need to turn on, as well as turn it to your desired channels.  It can also turn off the devices that are not in use anymore.

When it comes to setting it up, you will need to do the same steps as outlined for the Harmony 700. The Logitech Harmony 650’s software will automatically assign the obvious functions to their defaults, like assigning “play” to the “play” button, or “1” to the “1” button.

You can, however, change any button and assign it the function that you prefer. You can also assign functions to the colored buttons above the five directional button pad and some menu areas on the LCD display.

The color smart display is there when you need help with the commands that you use to control your devices. You can also display icons for 23 of your favorite channels.

The software currently has Fox stations already pre-loaded, but if you want to get logos for other stations, you can try third-party sites such as IconHarmony.com. 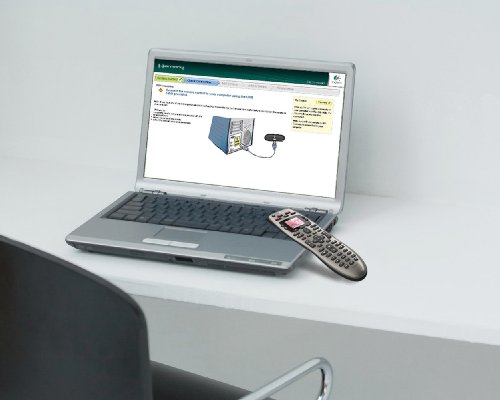 If you are an expert user, you will appreciate the ability to program sequences on your own. You can also set up multi-device macros.

Moreover, if you already have an existing Harmony remote but would like to use the Harmony 650, you can easily swap it out. You can then use your old Harmony remote to control home entertainment devices in another room.

The Logitech Harmony 650 is also compatible with more than 6,000 brands.

The Logitech Harmony 650 uses two AA batteries and these are not rechargeable. It means that you may have to spend a lot for batteries over time. 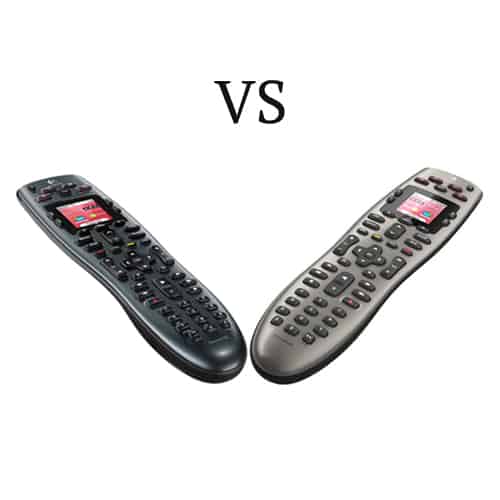 If you want to have a universal remote and you do not want to control your devices using your smartphone, then you should get either the Logitech Harmony 650 or the Harmony 700. These represent two of the best universal remotes from the company.

The Logitech Harmony 650 and the Logitech Harmony 700 work similarly to each other and pretty much offer the same advantages. For example, both are compatible with thousands of devices and that list keeps on growing as Logitech adds more partners, ensuring that your Harmony remote will not be outdated.

They also suffer from the same disadvantages such as not having a touchscreen display, difficulty in setting up complex systems and not having RF support. Both Harmony remotes also work only when there is a direct line of sight with the devices you want to control.

That means you cannot control devices hidden behind a cabinet.

More importantly, the Logitech Harmony 700 has already been discontinued by the manufacturer. You can, however, still get it from Amazon.

The Harmony 650, while still being produced by Logitech, is a bit more expensive than the Harmony 700. However, the price difference between the two is worth it if you are an expert user who wants to have custom sequences with their home entertainment system.