There’s a new Roomba on the block. It might be leading to some confusion. It’s not exactly “new” in terms of technology, but it does offer some compelling reasons to by. This is mainly due to the lower price point than fellow 800 series robots.

While the Roomba 980 (my review here) shook up the game with new tech and – most importantly – WiFi app control, the Roomba 860 is aimed at putting last year’s series into the middle price range of robot owners.

Special Holiday Pricing Update: In case you missed it, the Roomba 860 is on sale TODAY here. That’s the best price I’ve seen so far this season, so be sure to check the listing today if you are interested.

In this review, I’m going to cover the key features (most of which are the same as other 800 series bots) and then highlight the Pros/Cons. Feel free to skip down if this is what you are looking for. Finally, I’ll suggest some alternatives in a similar price range to consider.

Key Features of the Roomba 860

Here are a few of the key “selling points” I’ve identified for the Roomba 860: 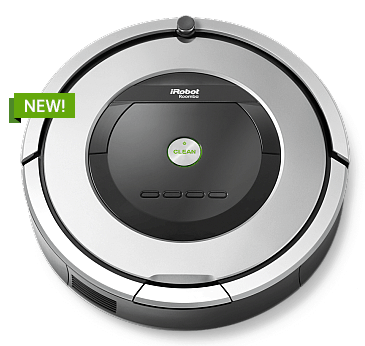 This is a fairly common question I get. The short answer is: nothing in terms of the device itself. The key differences are the “packages” they come in, i.e. the accessories.

Depending on your needs, this can equate to a better value rather than purchasing the various accessories separately.

If you are like me, then you are probably interested in what the other options are in a comparable price range. This is how I generally make my purchasing decisions, once I define my personal budget.

Roomba 880: You can read my full review, but here are the highlights… This is the top of the line for the 800 series. As of this writing, it’s the “second best” package to buy in terms of features right after the Roomba 980.

As you can see from the table above, the remote and extra virtual walls are nice convenience features. The downside? It’s more expensive in general, but see here for the latest discounts.

Botvac D80: I’ve reviewed it fully here, but here are the highlights. The Neato Botvac D80 is after the same target market as the 860.

It’s price point is virtually identical (check here). The D80 is very similar in terms of performance, with a few exceptions. Namely, it is much better at cleaning the corners due to it’s unique design.

It also has an intuitive touch screen display which is a bit more user friendly for communicating (error troubleshooting, etc…). It’s also extremely organized and doesn’t feature the random zig-zagging of the Roomba. 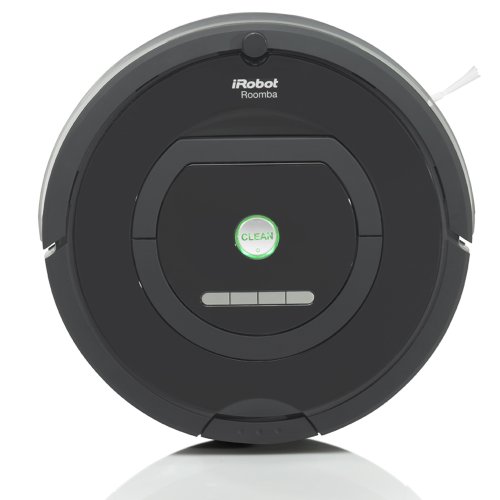 Roomba 770:  You can read my full take here. It’s starting to feel a little bit dated, but the 770 is one of iRobot’s best selling models of all time.

The main differences are that it is not quite as good at cleaning up debris (no AeroForce 3 Stage Cleaning) and it doesn’t have the nifty new tangle free extractors. In short, it requires a bit more maintenance. Why do I like it? It’s cheaper.

If this is your first Roomba, it’s a more affordable starting point. Be sure to check this listing for the latest discounts.

I definitely noted a bunch of “cons” in this review, but don’t be scared off by them. I’m a geek so I tend to be pretty critical. Overall, the Roomba is still an amazing time saver that I wouldn’t want to live without.

The 860 is significantly ahead of it’s older siblings (namely the 600 and 700 series), but you no longer have to pay as much of a premium.

If you are looking for the best overall value (bang for your buck), the 860 is probably right in the sweet spot. It available via iRobot at this listing here, but it’s also recently been released on Amazon here.