Just in time for the Holidays, iRobot released their prized Roomba 980 vacuum cleaner to the masses. With competitor Neato recently releasing their slightly improve Botvac “D” series, it was speculated that iRobot might be following suit.

However, it has been a relatively long time since the Roomba 880 and 870 debuted. I honestly didn’t know what to expect.

As with all previous Roomba’s there are things to like and things that I don’t like. Regardless, it’s going to be hard for me to not gift a few Roomba 980’s this year.

In this Roomba 980 review, I’ll get into the key features (what’s new) as well as the Pros and Cons. At the bottom, I’ll make an overall recommendation and suggest a few alternatives.

Bottom Line Up Front: If money is of little object, the Roomba 980 is the best robot vacuum currently on the market.

The following are some of the new, updated, and noteworthy features on the 980:

Pros and Cons – Things I like and Things I Don’t

Other Roomba 980 Alternatives to Consider

If the price is too much of a sticking point, not to worry. There are other great vacuums with considering.

Sometimes last years model is the best value around. Sure, it’s not the latest and greatest, but it still can offer many of the same benefits. You get 3 virtual Lighthouses which allow for setting up a perimeter for larger homes and spaces. The Roomba 880 WAS the cream of the crop, until the 980 was released. You can check out my review of it here. At the time, it was the most effective robot vacuum money could buy. The patented AeroForce cleaning system is 50% more effective at cleaning up debris than the 700 series. This, combined with a larger dust bin, a better battery, and a remote control made it the most hands free device at the time. Now it’s the 2nd best. It doesn’t have the revolutionary app, but it has all the other key features for a true runner up. Most importantly, it’s cheaper than the 980 (check this listing for even steeper discounts). Still pricey, but a lot less so.
Read my full comparison between the Roomba 980 vs 880 here!

I wasn’t too impressed with the original Botvac release, but the new “D” series has made some helpful improvements. Notably, they’ve fixed a problem with the brush (by changing a bearing) to make it less susceptible to getting tangled (particularly with human and pet hair, in my experience). The Botvac D80 doesn’t just look better, it also functionally performs better than previous Neato models. The suction power is the best yet and arguably comparable to the new Roomba 980. Still, you won’t get the app controls, but it’s still relatively easy to schedule and use. The patented laser navigation technology means more organized routes and it generally works quite well. You can see this listing here, where it generally retails for less than the top line Roomba’s.

It’s been around for a while, but it’s still reliable. It’s also MUCH more affordable. You can read my full take here. If budget is your top concern, try the 650 out to see if it’s good enough for your needs. Yes, it’s missing a bunch of nice “extras” but the core cleaning technology is till there. The 650 is ideal for people who have small homes, apartments, or just a small area they want regularly cleaned. It does not come with the standard HEPA filter (good for those with allergies and pet owners) like the 880 and 980, but the AeroVac filter does a good enough job. On the whole, this is a great robot for those just getting started, curious to see if the technology works for their needs. I still have mine running to this day after 3 years (and a few replacement batteries). Best of all, you can find the 650 for a very affordable price at this listing.

Read my full comparison between the Roomba 980 vs 650 here!

The Roomba 960 was released a few months AFTER the 980, but at a lower price point. Essentially, the 960 is identical to the Roomba 880 BUT it has WiFi capability (just like the 980). This is a great option if the WiFi feature is the most important thing you want. Basically, it has the 880 specs + WiFi/App control, at midpoint price between the 880 and 980. You can read more about my thoughts on it or check out this listing for the latest prices.

Read my full comparison between the Roomba 980 vs 960 here!

I was a bit skeptical of this “work-around” at first, but it actually works reasonably well. Thinking Cleaner was the result of a successful Kickstarter campaign. It functionally adds WiFi capability to any Roomba 500 or 600 series robot. Skeptical? I was too. Basically, you attach a “faceplate” that modifies your Roomba. It’s simple enough to attach. Best of all, it can synchronize with other smart home apps (like SmartThings, etc…), something that I’ve criticized the Roomba 980 for not doing. You can do most of the same functions as the Roomba 980 WiFi, just in a less “polished” and intuitive way. The app is pretty solid and will let you schedule remotely, alert you when your Roomba needs help and even plays a song if you need to locate your lost Roomba.  It’s available for just a fraction of the cost of a new Roomba here.

Who is this a good option for? 1) Existing owners of a 500 or 600 series Roomba. 2) Prospective buyers who want WiFi capability, but can’t afford/don’t want to spend a hefty amount on the 980. For example, buying a new Roomba 650 and Thinking Cleaner Faceplate will run you no more than a fair price for both.

I’ll caveat by saying that 1) it’s still “laggy” 2) reduces average run-time by about 10-15% and 3) it’s not native to iRobot (third party app). Thinking Cleaner is working on a new faceplate for the 700/800 series, but as of yet it only exists as a Kickstarter project here.

New Robots on the Horizon? 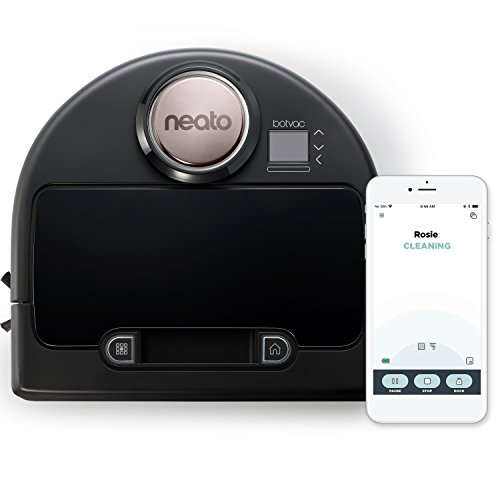 As I mentioned previously, the long rumored Dyson Eye is officially under development. Who knows when it will be released. They still haven’t discussed release dates, but at this stage it will be unlikely to hit before the 2015 Holiday season. The new features on the Roomba 980 may actually cause them to delay release until they can match the core features.

The more intriguing possibility is the the Neato Botvac “Connected” robot which aims to add similar WiFi capability to the Roomba 980. You can read more about it via the official press release here. It would make sense for them to release it prior to the 2015 Holiday season, but they’ll have to do it soon to capitalize fully.

UPDATE: The Botvac Connected has officially been released in early Novemeber 2015! It’s very comparable to the Roomba 980, but doesn’t have the same smart boundary control mechanism and carpet boost, among a few other items. You can see my full review for more details.

I’ll be writing up a full comparison soon, but I wanted to touch on this briefly because I’ve been getting a lot of questions about it.

Both the Roomba 980 and Botvac Connected feature WiFi enabled control. This is clearly the headline feature for both. I personally prefer the Roomba app better, but both are comparable in terms of features/usage.

What are the Key Differences? 1) The Botvac Connected is significantly more affordable, but see this listing for up to date information. 2) The Botvac now has “Eco” and “Turbo” mode. 3) The Roomba 980 has “carpet boost” and the Botvac doesn’t. 4) The Roomba uses virtual wall’s (invisible beams to contain the robot) whereas the Botvac still relies on laying down “magnetic tape” to define boundaries around your home.

The short answer: Yes! The longer answer? If you have the money, this is arguably the best robot vacuum cleaner on the market.  At the very least, it’s certainly the best roomba model to date. Whether or not it is “worth it” comes down to what your unique needs are.

UPDATE: The Roomba 980 has also topped my list for the best robot cleaners for 2017, which you can check out here. You can also compare the Roomba 980 to other top Roomba in our complete guide!

Large Homes/Offices: If you have a larger home or office/business that needs to be cleaned regularly, the 980 is the best robot for the job. It can cover the ground and recharge on it’s own as needed.

Traditional Vacuum Replacement: If you need a vacuuming job that closely resembles a traditional upright vacuum clean, the 980 has the most power/suction and the best cleaning tech of any robot to get the job done.

However, if you have a small apartment, the 980 becomes an extravagance. One caveat: If you are a geek like me, it doesn’t matter. This is a MUST own! 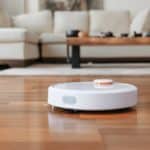 Is the Roborock Robot Vacuum Worth It? 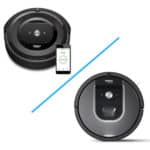 Roomba e5 vs Roomba 960: Roomba Battle! Which is Best? 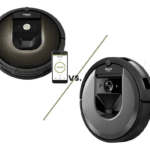 Roomba i7+ vs 980 – Features, Similarities and Differences 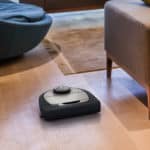