The Nucleus Smart Intercom is an intercom from the future. The Smart Intercom has been designed with families in mind, to improve their ability to communicate. No more shouting to your kids in another room. At the press of a button, talk to your family wherever they are, even if they are in another building! That’s right. Nucleus not only makes room-to-room calls, and mobile-to-home calls, but home-to-home calls as well.

Another plus is that Nucleus allows you to give your younger children the ability to have face-to-face conversations with their grandparents without you having to set things up and without having to entrust your pricy cell phone to your adventurous, experimental, and somewhat absentminded five year old.

When I received the Nucleus Smart Intercom to review, one of the things I was interested in was whether I could use it to check in on my mother. She’s in her eighties, still lives on her own, is generally healthy, but lately has become a bit forgetful. Also, she finds it difficult to use her cell phone and sometimes doesn’t pick up when I call. I know she’s likely fine, she hasn’t collapsed, everything’s all right, but my heart still tries to tunnel into my stomach and I end up driving like a maniac across town to check on her. And—thank goodness!—she has always been fine.

But I keep thinking: We live in a technological age, there has to be a better way. I’m hoping Nucleus will be that better way. We’ll see. 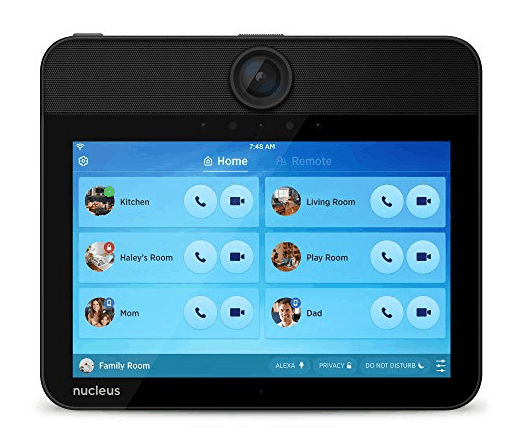 What’s the Difference Between the Nucleus Smart Intercom vs NuBryte Touchpoint vs Piper Classic?

Each of these systems will stream live video. Which one is right for you will depend on your needs and your budget. 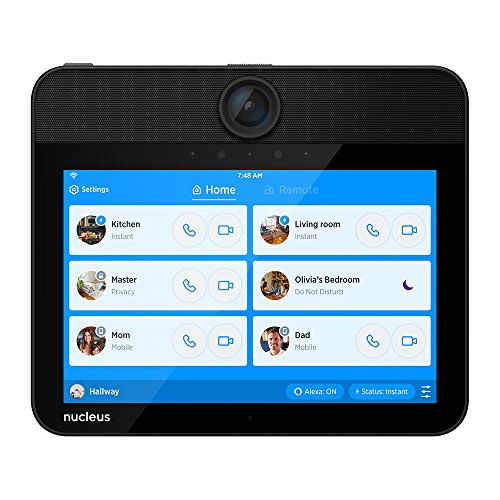 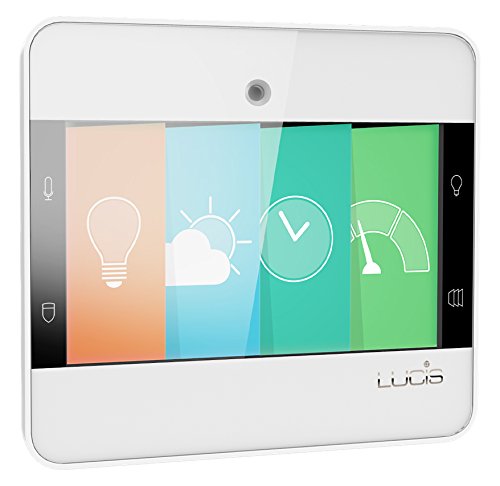 Final Take – Is the Nucleus Smart Intercom a Good Value?

The Nucleus is unique. It has been designed from the ground up with the intention of making the lives of families easier by allowing them to communicate with each other regardless of whether they’re in the next room or halfway around the world.

I thought a nice touch was that even young children have the ability to communicate with their grandparents (or their nieces and nephews) using Nucleus’s voice recognition capabilities, or by just touching a button on the app. No more worries about your expensive smart phone being dropped into the fish tank and becoming a pricey paperweight. (Yes, this happened to me!)

On the other hand, there is no denying that the Nucleus doesn’t come cheap. If you wanted to have a device installed in the kitchen, the family room and (assuming you have two kids) in each of your children’s bedrooms, that would mean spending a hefty price.

Update: Amazon announced an upcoming release of their Echo Look device. In many ways it takes many features from Nucleus, however it’s still not as fully featured as a smart intercom (in my opinion). I’ll be following up with some direct comparisons soon. As of now, Nucleus is still the best in class option I’ve seen.

Bottom line: We live in a connected world. The Nucleus brings that world into your home. It is an elegant tablet-sized device you can plug anywhere in your home. What Nucleus says is true: It enables you to spend quality time with those you love—wherever they are. Be sure to check this listing for the latest prices and deals.