Virtual reality used to be a futuristic idea, but it’s becoming more mainstream by the second. VR headsets and other devices are prominent these days, and they have real applications in medical technologies and video streaming.

There are some fantastic VR solutions on the market right now from many different manufacturers. Some stand alone and some must be paired with a device. Still, others have extensive libraries of content or ultra-wide views. 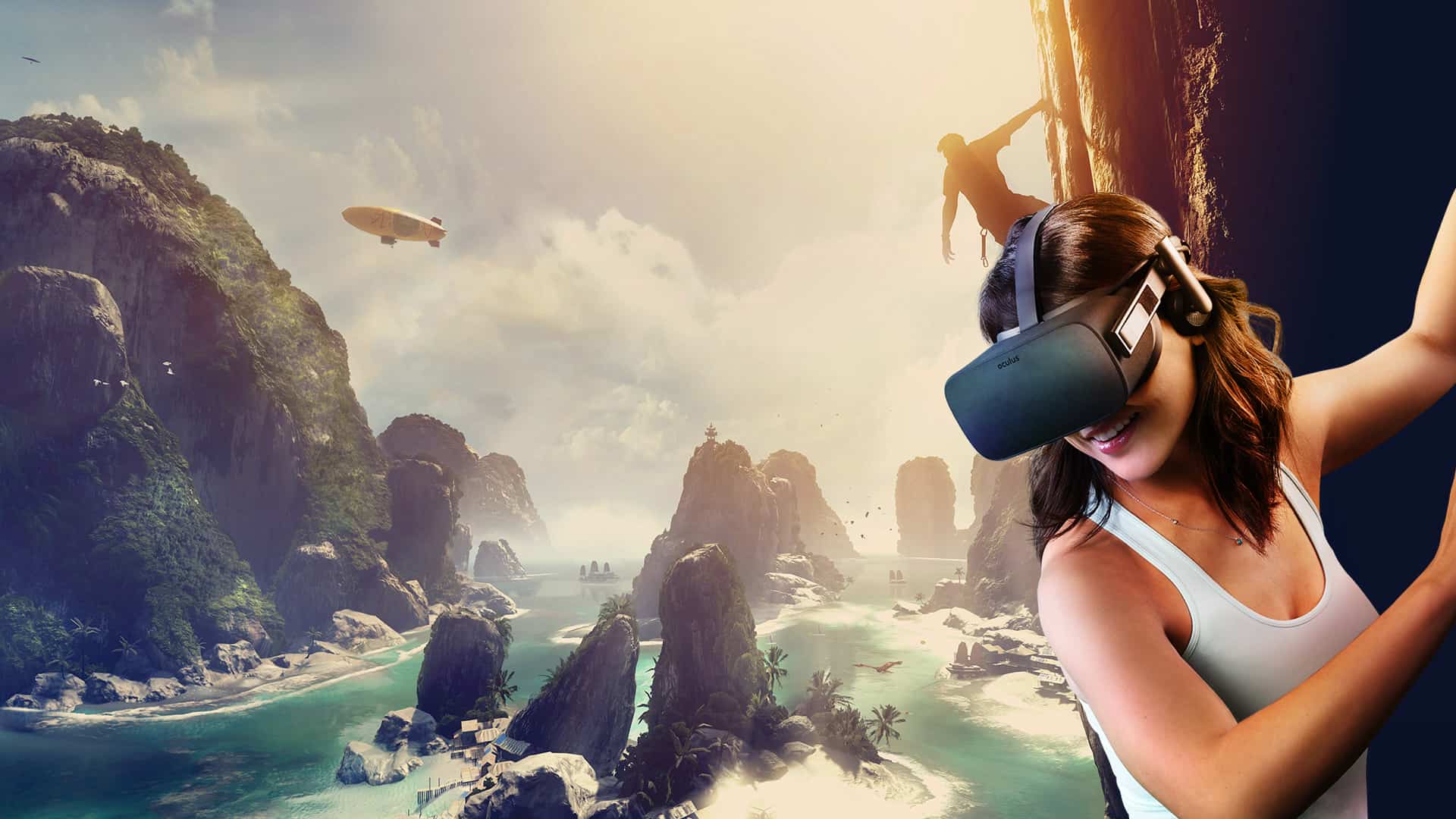 The best VR solution for you will depend on a lot of different factors like price, comfort, performance, library, and practical applications. All are important and shouldn’t be overlooked. Let’s take a look at two of the leading contenders for best VR solution on the market so you can decide which one is best for you.

With the extreme popularity of PlayStation systems, it’s no surprise that the PSVR has sold a lot of units since it launched. It works with the PS4, so if you already have one of those, or are thinking of getting one, the PSVR is a logical choice. It also is competitive in terms of setup, system requirements, and price.

Setting up the PSVR is simple. Once you plug it into the PS4 system, you can configure and calibrate the system accordingly. PlayStation offers excellent instructions and a quick start guide for beginners, making it really easy. However, recalibration often occurs when the lighting in your room changes.

In contrast to most other VR system hardware, the PSVR doesn’t touch your face at all. It has a band that wraps around your head to create an anchor for the VR unit itself, eliminating interference with glasses. It allows freedom of movement without having to worry about it slipping and sliding around your face. It’s very comfortable and won’t leave impressions on your face when you take it off.

The PSVR display is 5.7 inches with a resolution of 1920×1080. Your field of view is 100 degrees with a six-axis motion-sensing system and PlayStation Camera tracking. The dimensions of the hardware itself are 187 wide x 185 tall x 277 long, and it weighs 610 grams.

The PSVR has an unfortunately significant downgrade of 1920×1080 resolution, but it has an incredibly fast refresh rate of 120hz, which is more than the other major players in the market. It may not be the best choice for technology snobs or someone who wants to be on the very edge of technology, but it’s a great introductory unit for households who already have a PS4 and watch to share a family VR experience.

Sony uses glowing blue light strips for the PSVR, so you will notice a difference in lighting if the light changes dramatically in the room where you are using the device. However, there are ample warnings to be careful when using the headset in direct sunlight or otherwise bright places. It also requires recalibration when the light changes. 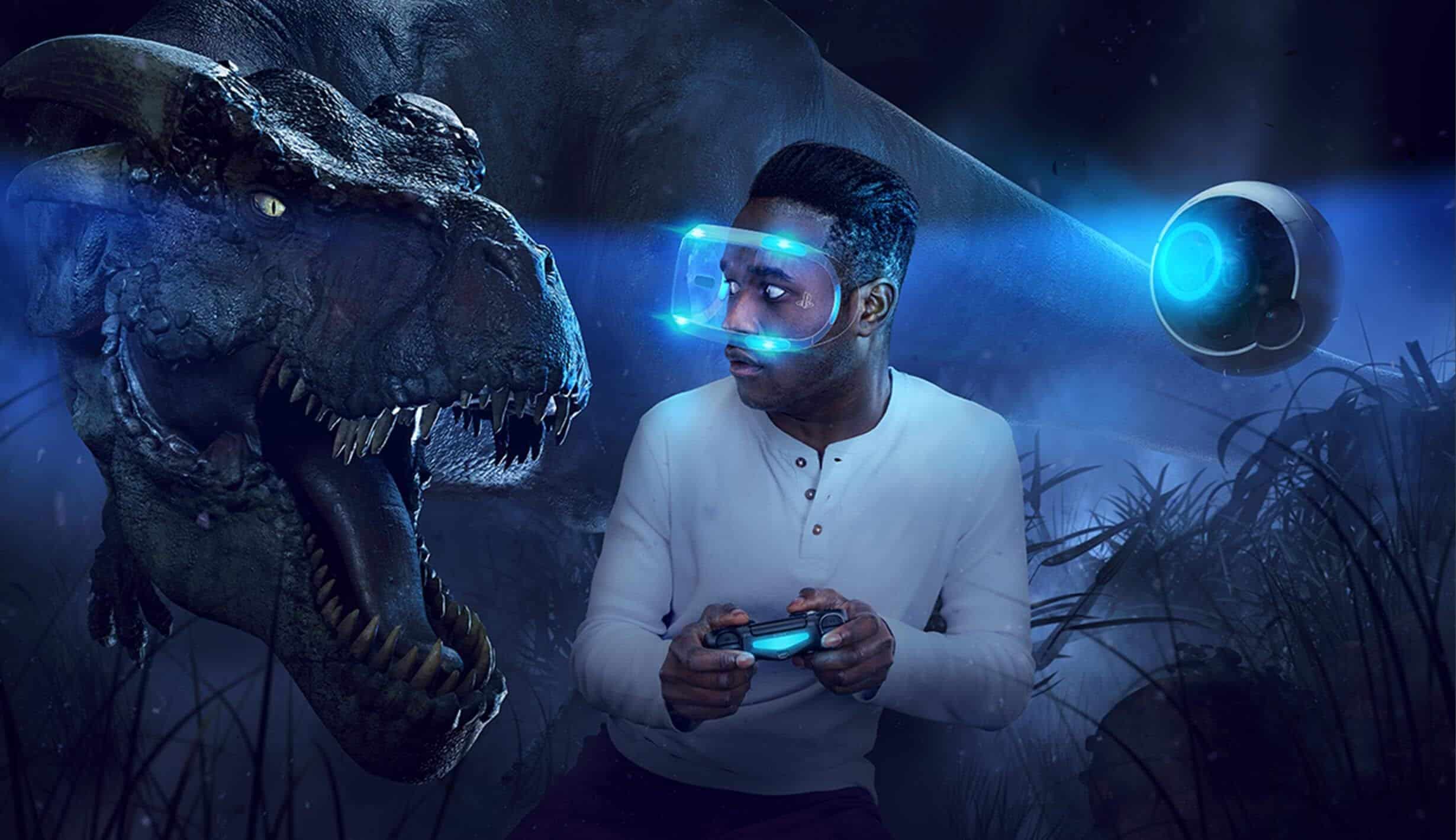 The PSVR has a headphone jack on its cable leading to the PS4 and comes with a set of generic earbuds. However, with the exception of wireless headphones, you can use whichever headphones you want. Using PlayStation Move, you control the PSVR with motion controllers, so you can simply reach your arms out and interact with the game. While the PlayStation Move controllers are slightly less accurate than other systems, it’s still a fun and interactive way to play.

The library of games is impressive, with options like Resident Evil 7, Tetris Effect, and AstroBot: Rescue Mission. Many of these games are family friendly, although you can get games with adult content as well if you plan to keep it to yourself.

If you already have a PS4 or you want to dip your toes into the virtual reality pool without spending a ton of money, the PSVR is a great option for you. It’s affordable, comfortable, and comes with an extensive library of games that the whole family can enjoy.

The Oculus Rift started out as a Kickstarter campaign. Through many different iterations and prototypes, they finally caught their big break with a $2 billion buyout by Facebook. Facebook has its hand in everything these days, and that’s not always a great thing. But the Oculus Rift is one of the best virtual reality consoles on the market for those of us who can’t afford to drop a ton of Benjamins on a toy.

The Oculus Rift requires a software download on your compatible computer. Once installed, you can pair your device, find friends, and use apps or play games. The setup experience is a little bit more difficult and less intuitive for beginners who don’t know what to do, but the gaming experience is well worth it.

The Oculus Rift fits around your head like most other virtual reality systems using an elastic rail that you can fasten securely with Velcro. While it’s not as comfortable as it could be, and those with glasses will feel slightly cramped, it works well for a couple of hours before you need a break.

It uses lights to pick up the camera in front of you and detect your motions. It tracks your head movement so it can adjust the display inside. The Oculus Touch technology senses motion so you can reach out with your arms and interact with the game.

The display is 3.54 inches x 2 with a resolution of 2160×1200. Your field of view is 110 degrees, and the constellation camera is the technology it uses to detect your movement. The dimensions of the hardware itself are 171mm wide x 102mm deep, and it weighs 470 grams.

The Oculus Rift advantage is that it has two displays, enhancing your experience. Your visuals are more detailed than most other virtual reality devices although in some cases you can still see the grid lines dividing up the display.

The Oculus Rift uses infrared light emitted from your headset to track movement. It has a simple design and works well in even the lightest rooms or even direct sunlight. It won’t require recalibration every time the lighting changes and is less sensitive to those adjustments.

The audio on the Oculus Rift uses built-in headphones, so as soon as you put the headset on, you can start playing. There’s no need to deal with messy cords or plug in anything extra. This makes the Oculus Rift better than the PSVR in terms of confusing hardware or annoying attachments.

The Oculus Rift has a similar library to the PSVR and some other systems. Games include Eye: Valkyrie, Windlands, and Skyrim VR. The Rift offers a great overall experience in terms of visual and audio components.

How does Oculus Rift compare to other VR solutions?

If you want a device that has better resolution, the Oculus Rift is a great choice. It’s a premium virtual reality console at a middle-of-the-road price point but does require a more expensive computer. It has an ever-expanding library of games, including exclusive games not available on other consoles.

The PSVR and the Oculus Rift are entirely different. Oculus has technical superiority while the PSVR is comfortable, family friendly, and affordable. There’s a lot to like about each system, so it depends on what you are looking for.

The PSVR is more affordable and comfortable to wear for long periods. It connects to the PS4, which is an affordable console. If you already have one, all the better. The controllers aren’t as sensitive and responsive, and the display doesn’t boast great resolution, but it offers endless fun for the whole family.

The Oculus Rift has a superior display with better controls, but it’s not as comfortable. The device itself isn’t too expensive, but you do need a compatible computer to pair it with, which could cost a pretty penny if you don’t already have one. It’s also more difficult to set up and not great for beginners.

The choice is now yours. If you’re getting your feet wet, the PSVR is a great option, but if you want superior audio, video, and controls, the Oculus Rift is for you. They both offer high quality and a lot of fun for their price points. 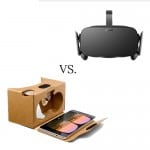 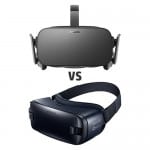 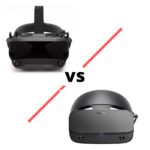