In the 1970’s and 80’s it was standard science fiction fodder to show general housework and menial tasks being performed by robots which looked like large pepper grinders but moved around with a fluidity that belied their huge size.

But it is testament to the lengths that micro-electronics has reached that when domestic robots actually began to appear, they were small, unobtrusive devices that you were more likely to trip over than bump into.

Electrolux, the Swedish Corporation, was the first to hit the domestic cleaning market with the Trilobite in 2001 and created a niche was soon filled with alternative devices.

The Tribolite was seen as hugely innovative, baring a series of sensors though it was necessary to block off areas that the device shouldn’t enter using magnetic markers rather than relying on programming.

This together with a cleaning system that couldn’t go right up to walls, leaving an inch-wide strip un-cleaned left plenty of room for improvement in domestic devices.

Special Cyber Monday Pricing Update: I generally recommend the 652 (identical to the 650, with bug fixes) over the 630. In case you missed it, the Roomba 652 is available here today. 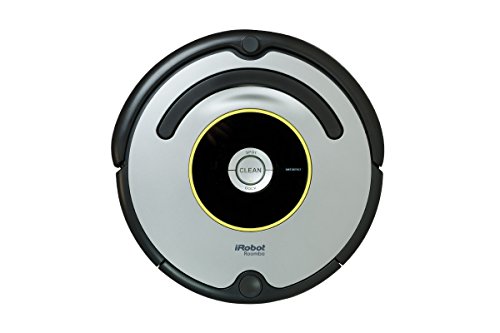 When iRobot entered the market in 2002 with the Roomba range, many of those concerns had been addressed and domestic robots had suddenly become efficient and useful devices.

Hitting the market with the “400” series, the Roomba’s had a number of functions and add on devices that made them highly useful machines.

By the time the “600” series arrived in 2012 with enhances features including an improved AreoVac bin and significant changes to the cleaning head.  Primarily composed of two different models – the 630 and the 650 – these are fast becoming must haves for today’s busy lifestyles.

In a rush? Here are the high level advantages of both vacuums

In short, the Roomba 650 is a better buy, both in terms of price AND features.

While there might not on the face of it seem to be much of a difference between these two models, with the 650 appearing to be only a minor upgrade of the 630, is it worth spending a further on it?  The dimensions, mechanical operation, and abilities of the two machines are pretty much the same.

They share the same innards and both carry the two counter-rotating brushes that puck up debris – including pet hair – pretty efficiently and they have much the same electronics package, but that is the area where the 650 is enhanced with its ability to be programed for future cleaning tasks.

The Roomba 650 can set to carry out cleaning tasks once a day for a total of seven days by using a simple remote control unit that comes supplied with it.

This means that you put in a cleaning cycle when you are out of the house and therefore unlikely to get in the way of what appears to be fairly random movements of these cleaner robots.

All you need to do is to decide when you want the cleaning cycle to begin and end, section any areas that it shouldn’t visit with a virtual wall, and the program takes over.  At the scheduled time, the Roomba 650 drives off its charging base and proceeds to the middle of the area that it is designated to clean.

It will then perform a series of spirals before moving to clean the edges of the area, finding its way with edge and virtual wall sensors until it has completed its cleaning cycle and then returns to its pod.

It will carry out the same task for every day that you designate it to.  The main specifications of each model are shown below.

Both models are specifically intended to deal with pet hair, even when it becomes ingrained in carpets and difficult to remove, and the Roomba range is capable of concentrating cleaning power on difficult or highly contaminates areas.

But how does that actually shape up on the many different surfaces that the range is intended to work on?

Bare floors such as hardwood, lino or tiles present no problems at all for the machines as the vacuum system works well and the rotating brushes agitate debris sufficiently so that it is pulled into the vortex and up into the system.

Short and medium pile carpets are also cleaned efficiently but neither machine copes as well as a powerful vacuum cleaner when dealing with thick pile, though the results are still fairly impressive.

Problems can arise with small mats and rugs with tassels which can become either dislodged or caught in the rotating brushes, so it’s probably best to remove items like that from the area being cleaned.

The Roomba, and presumably other robot cleaners does have one distinct flaw in as much as they are programmed to stop if it encounters a hazard such as stairs, and these sensors can sometimes kick in when they encounter something that is black, or very dark and it considers it to be a step or a cliff.

In this case, the Roomba will simply stop in its tracks.

It shouldn’t be a problem if you have black carpeting throughout as it won’t ‘see’ the contrast difference, but if you have a dark rug in your cleaning area, it may turn its nose up at it.  You could always try picking the Roomba up and placing it on a dark rug, but that kinda misses the point of having a robot cleaner!

Setting up either of these machines is simple.  Once unpacked the Roomba only needs seating on its self-charging base and allowed to charge up.  Because it is always on the base, it should be fully charged all the time, but iRobot recommend a minimum of 24 hours charge for both models before first use.

Generally, though depending upon what type of floor it’s cleaning, both of the Roomba’s will last around 90 minutes, and will return to its base when it senses that its battery is low.

The Roomba cleaning robots are fairly intuitive and can find their way round most areas to give a really good clean, you before starting your new toy off on its first whizz around your rooms, you should check that everything is safe and ready to go.

You can only create one virtual wall, so it’s worth putting this on a doorway to restrict where your robot roams.

Any cleaning robot will behave well if the area is clear, but if you start adding awkwardly-placed furniture, floor-sitting ornaments and cabling, then you are going to confuse it or create impassable barriers.

In that case, Roomba will do what it can and leave the rest, so it is in your interests to make your area as clear and as unconfusing as possible.

Both robots have sensors that automatically adjust the cleaning head depending on the flooring type, so they can move between hard floor and carpet with ease.

Starting a robot vacuum off is always a little disarming as, rather than just going backwards and forwards in lawnmower mode, they tend to perform spirals while orientating themselves, and the Roomba range are no different in that respect.

Once they have done a couple of circuits, they will work their way round a room, covering the entire area at least once until the whole area has been cleaned. 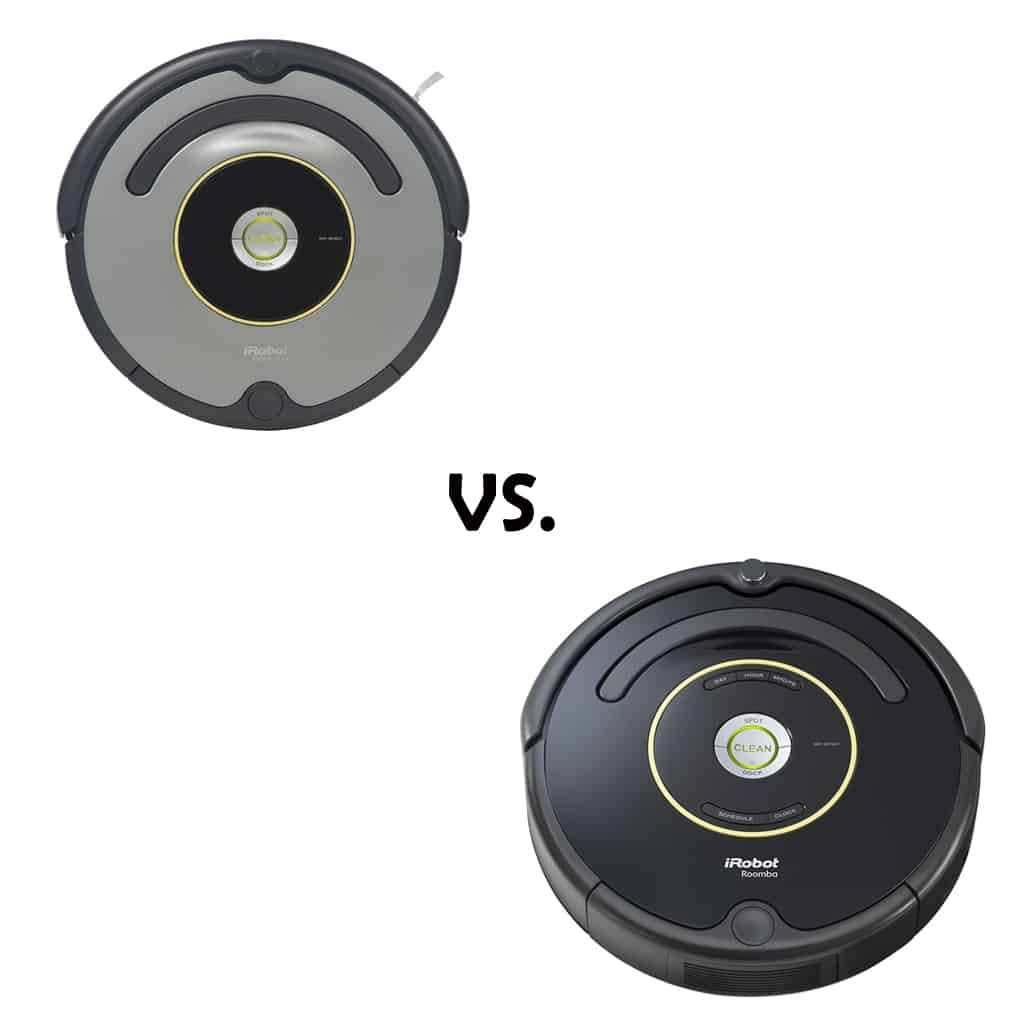 While these two machines are pretty mush evenly matched, there are several factors that you may want to consider when either buying on, or upgrading from a previous model. Ignoring the fact that the Roomba 630 isn’t programmable;

The Roomba range have always been seen as efficient and cost effective means of cleaning your house, and with prices dropping, you will find that you can pick them up at surprisingly low cost.  While not everyone’s idea of a regular cleaning method, these room-sprucing robots are becoming increasingly sophisticated.

The Roomba 650 has a slightly improved cleaning head arrangement but its not that much improved on the 630. If scheduling isn’t very important to you, I would go with the Roomba 630. You can find it here for a good price.

If you have a fairly open room with an area big enough to contain the sleeping robot and its self-charging base, the Roomba range of floor cleaners would e just right for you.

The 600 series are among the best of the iRobot offerings, sometimes beating their larger and more expensive stable mates on cleaning capacity, and with the 650’s ability to be programmed, you have the opportunity to return home to a nice, clean, fresh-smelling house.

If auto-scheduling is important, I’d definitely go with the Roomba 650. This listing here has the best price I’ve seen online.

Looking into buying a Roomba? Check out our list of the top Roomba models!