According to the Environmental Protection Agency, American households waste at least 10,000 gallons of water annually due to leaks, with every one out of 10 homes having leaks and wasting at least 90 gallons daily.  Not only is it very wasteful to keep leaks unplugged, it can also damage your home.

LeakSmart gives you an easy way to detect and stop leaks, thus helping you avoid water damage. Once LeakSmart detects a leak, it will shut off the water and will then alert you using a very audible alarm as well through your smartphone or tablet. All of these happen within five seconds of detecting the leak.

There are three devices included in the LeakSmart system. First is the LeakSmart Valve, which you can connect directly to your main water supply. The LeakSmart Valve is the one that allows you to shut off your valve automatically when a leak is detected, or when you want to shut it off remotely.

Then you have the LeakSmart Sensor, which can detect both moisture and temperature.  You only have to put the sensors all over your house, preferably near plumbing fixtures, pipes, and expensive appliances so that they could easily detect a leak.

You also have the LeakSmart Hub, which would receive the signals sent by the LeakSmart Sensors and then signals the LeakSmart Valve to shut off the water.  The hub needs to be connected to the Ethernet. 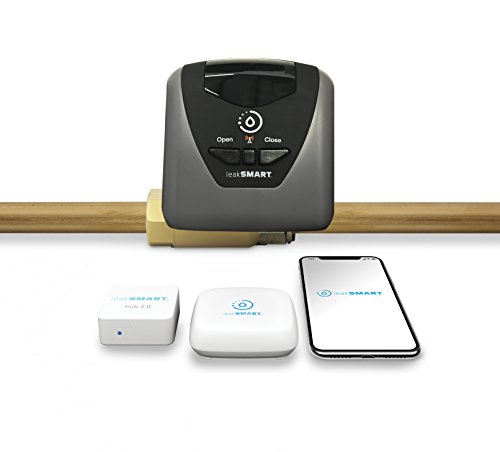 Some of the main features and characteristics of LeakSmart are:

Fast detection and alerts.  LeakSmart detects water leaks, alerts you and then shuts off your water valve all in a matter of seconds.

Remote shut-off for water valve.  LeakSmart gives you an easy way to turn off your water valve, no matter where you are.  You can just open the mobile app and shut off the valve, even when you are miles away from home.

Can accommodate more sensors.  The LeakSmart system is modular and you can just add more sensors if you have a big home, thus ensuring that you are still completely protected from leaks and water damage.

LeakSmart App.  Available for both iOS and Android devices, the LeakSmart App helps you see your entire system at home.  It can show you whether your LeakSmart system is okay or not, as well as whether your sensors have enough battery remaining.

The app also allows you to set which alerts you want to receive.  There are several alerts listed, including alerts for leak detection, low battery alerts for both sensors and the valve, connectivity alerts for both valve and sensor, valve cycling error alert, and system lost communication alerts.

You can also specify who would be receiving the alerts, and even add another contact to receive them.  This is very helpful if you want to add a spouse, a housemate, or any family member to the list of people who get notified.

It also has a guide or manual that can help you through the installation process, as well as a list of events it can detect, including when the valve is opened, when leaks are detected, or when leaks are resolved.

If you are using Wink, the lights on the Wink hub can flash when water is detected.  You can also use the Wink hub to automate connected thermostats.  Iris users can also take advantage of these integrations, but they would have to pay a monthly fee to do so.

You can get everything you need with the full system package that gives you:

The good news is that if you already have a home automation hub, you can use this instead of the LeakSmart hub.  Wink, IRIS, and SmartThings can replace your LeakSmart hub.

And you can save money with this, since Wink, for instance, gives you a chance to buy a LeakSmart kit composed of one LeakSmart Valve and one sensor. Even if you buy four extra sensors, the total cost for this setup is cheaper than the complete LeakSmart kit.

The LeakSmart system goes beyond just telling you that there is a leak at home.  It also does something about it by shutting off the water valve.  That in itself helps LeakSmart become a good contender in the growing water leak detection market.

If you have a Wink Hub, LeakSmart is the only one that works with it.  What’s more, LeakSmart can work with other home automation hubs, rather than require you to get their own hub.  It also works with other water shutoff valves as well.

LeakSmart recommends that you have the LeakSmart system installed by a professional because it connects to your home’s main water supply.  It would have been a lot better if the company has made it very easy to install that you can do it yourself and you could be confident about it.

Nevertheless, LeakSmart has several installation guides and videos that would help you along.

LeakSmart Sensors do not have extension wires or cables, which means that the sensor itself is needed to trigger the alarm.

There is one situation that would make it clear how LeakSmart Sensors could be better: washing machines.  Out of all the appliances we have at home, washing machines are most prone to water leaks.

But the LeakSmart Sensor is too thick that it cannot be hidden under a washing machine with a tight space underneath.  The sensors might have an audible alert, but it is only 78 decibels, which might not be loud enough if you have the washing machine running.

Alternatives to the LeakSmart System

You can just plug it into an electrical outlet, then run the extension cord.  This allows the D-Link DCH-S160 Wi-Fi Water Sensor to reach even tight places such as under the washing machine.

The sensor also has a mobile app through which you can receive alerts.  Furthermore, even without needing a hub, the D-Link DCH-S160 Wi-Fi Water Sensor can work well with other devices.

You can pair it with a security camera or a siren, and it can work with IFTTT recipes. Sensors are avialable here.

However, you might want to note that the D-Link DCH-S160 needs to be plugged in, so it will not work in the event the power goes out.  It also does not have a way to automatically shut off the water valve.

Another leak detector worth checking out is the Fibaro Flood Sensor. This sensor works with Zigbee devices, and pretty much works like LeakSmart Sensors.  It also needs a hub.  It is also quite bulky, which means there is no way you could monitor water leaks under the washing machine and other tight spaces.

It does, however, work with Apple Homekit and can float when immersed in water.  It also works with other home automation platforms, so that you can control other devices such as turning off the lights when water is detected.

If you are not really looking for a leak detector that can shut off your water valve, or if you are looking for something that is easy on the budget, then get the Samsung SmartThings Water Leak Sensor.

This leak sensor, however, does not have an onboard alarm; instead, it sends alerts to your smartphone.  It is also not waterproof, giving you unreliable temperature readings after it is submerged in water.

Check the entire LeakSmart system, there are people who would balk at the expensive price tag.

But if you consider that you are more than thrice as likely to encounter a leak than burglars entering your home and the fact that the average consumer would spend more than $2,000 to repair water damage, then the overall cost does not really sound that bad.

The whole range of LeakSmart products might be a little more expensive than other brands, but it does give you the convenience of being able to remotely monitor water leaks at home, and even shut off the water valve, something that other leak detectors do not offer. 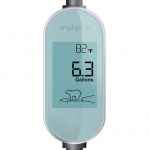 Amphiro A1 Self Monitoring Water & Energy Smart Meter Review – Does it Really Help you Monitor Your Water Usage? 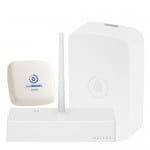 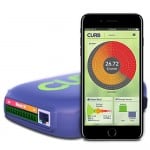