A wireless home security system is very simple that you could probably install it yourself rather than have a professional installer do it for you.  Two of the best systems available right now are Simplisafe vs Scout so let’s dive into our detailed review and find out which security company is better for you.

Main Differences Between SimpliSafe vs Scout

The main differences between Simplisafe vs Scout are: 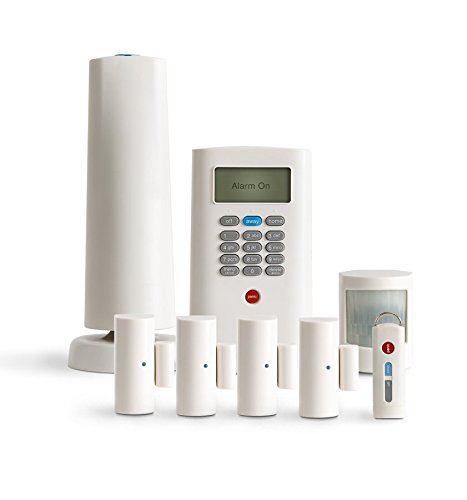 SimpliSafe allows you to have a smart security system that would adequately protect your home from thieves and environmental threats such as fire and frost.  Some of its main home automation features are:

With traditional home alarm systems, you need to make sure that each alarm or device is near a power source or you have to lay down wires for each of them.  The installation can get very complex that some people opt to have their alarm systems professionally installed.

This is no longer the case with the SimpliSafe system, which is modular and wireless.  You do not have to worry about wiring the individual components because they work together right out of the box.  All you need to do is to figure out where to place them.

SimpliSafe has several devices that can help keep your home safe from burglars and even from environmental threats.

One of the pitfalls of having sensors around the house is that these are, more often than, not false alarms triggered by pets.  With SimpliSafe, pets that are 50 pounds or less are ignored by the motion sensors.

After setting everything up, you can test each sensor by activating the special test mode to see if these will be tripped by your pets.

You can get 24/7 professional alarm monitoring service wherein a third-party company will be monitoring your alarms so that they could act whenever any of your smoke, frost, fire, or burglary alarms are triggered.

The professional monitoring service will call you when these alarms are triggered to make sure that you are safe and then will contact emergency response or the police for assistance. SimpliSafe offers two monitoring plan options.

The good thing about these is that you can cancel anytime you want and not have to worry about any contract.

Check on your home remotely

Even if you are at work or on vacation somewhere halfway around the world, you can still check on your home to see if everything is okay.  The SimpliSafe system comes with a mobile app that allows you to arm or disarm the alarm with just one tap.

How does Simplisafe compare to other systems?

Like SimpliSafe, the Scout system is modular, but instead of a base station, it uses the Scout Hub, where you connect everything.  The Scout Alarm system is similarly easy to install.  You can install it in minutes without having to drill holes into your walls.

With the Scout systemsmar, you can get smart features for your Scout Alarm System for only $9.99 per month.  With the Always On plan, you can get 3G connections, battery power, e-mail notifications, and push notifications.

If you want to have your Scout security system professionally monitored, you would need to get the Always On+, which will set you back $19.99 per month.

With Scout Alarm, you can set different actions for different situations.  You also know which sensor triggered an alarm, and even set up location and context for each alarm.  Furthermore, you can specify other people who would be notified if you would be unavailable when an alarm is triggered.

Works well with others

For instance, with an IFTTT recipe, Scout Alarm can use your mobile phone’s location and automatically arm or disarm the system.  Scout is also certified to work with Nest products.  This will help you integrate the Nest Thermostat and Nest Protect with your Scout Alarm system.

You can also use voice commands to control your security system; you only have to tell the Amazon Alexa to arm or disarm Scout.

If you have Zigbee devices, you can automate your lights, smart lock and even energy devices to work with Scout.  For instance, when you leave the house and arm Scout, it can tell your smart thermostat to turn down the heating or cooling.

You can also set it up so that when the motion detector is tripped, it will open the lights near the area where the sensor is.  If your access sensor send an alert, the porch lights can also come on. Scout also has a partnership with Samsung SmartThings, allowing you to monitor your SmartThings devices together with Scout.

It is obvious that these two systems are vying for the same market, and the good news is that each system is different from the other and each has its own strengths.

Scout Alarm wins in its integrations, allowing you to have it work with other connected devices.

SimpliSafe wins with the number of different sensors it offers.  The system allows you to protect your home from burglaries and environmental threats.  Scout, on the other hand, only offers three different sensors: entry sensor, motion sensor, and water sensor.

The thing with Scout, however, is that it can use sensors and devices from other manufacturers.  For instance, instead of offering its own smoke detector, you can use Nest Protect.

Nevertheless, SimpliSafe really simplifies everything by providing its own sensors to protect you from every threat imaginable, and these sensors are programmed to work together out of the box.

SimpliSafe is generally more affordable than Scout.  With SimpliSafe, you can get a starter pack for only $244.00, which includes the base station, two entry sensors, a wireless keypad, a keychain remote, and a motion sensor.

With Scout Alarm, the hub itself costs $129, adding two entry sensors costs $58, and adding a motion sensor costs $49.00.  This brings up the cost to $236.00, and that’s still without the keychain remote and wireless keypad.

Just look at the prices of individual sensors from each system:

Overall, you get a more affordable subscription with Scout.  Scout and SimpliSafe have different pricing schemes for their professional monitoring service and other services that they offer on subscription.

Depending on what you want, either SimpliSafe or Scout can be a more affordable choice.  For instance, if you just want a cellular backup, you should go for Scout, but if you want the monitoring service, you can save on the monthly fees from SimpliSafe.

Question: Does SimpliSafe work if the power goes out?

Answer: Yes, even if the electricity goes out, SimpliSafe will still work perfectly well, thanks to the rechargeable battery the device has.

Question: Is Scout a better cost-friendly variant than SimpliSafe?

Answer: No. SimpliSafe has better prices for additional features you might want to activate, so it’s a better choice for your budget.

Answer: No, you don’t have to sign anything in order to use Scout alarm. They just charge for the devices themselves, and nothing else.

Question: How many years of warranty Scout alarm has?

Answer: Scout alarm has 3 years of warranty on all of their devices, starting from the day you make the purchase. They also have 60 days return policy in case some of the devices are damaged and need replacement, or you want to stop using them.