If you’re in the market for a doorbell that does more than just chime to let you know that you have a visitor, the newest Skybell doorbell could be just what you need.

The Skybell is a “smart” video doorbell that uses a video camera, motion sensor, speaker, and microphone to help you better communicate with and see your visitors. You can see who’s there at any time, even if they don’t press a button.

The doorbell, which conveniently lets you answer the door with your phone, works with many iOS and Android mobile devices. It’s also not restricted by geographical location, as the Skybell lets you see who’s there from just about anywhere.

This review covers the Skybell Smart 2.0, the most current version on the market. 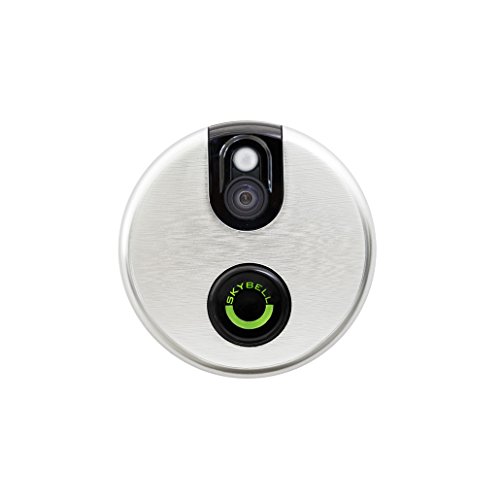 As with most devices, there are a few requirements to consider to ensure that the doorbell works properly.

For starters, if you aren’t using a mechanical doorbell chime, you must use a 10 ohm/10 watt resistor for a connection between Skybell and the power source. Failing to do so will void the product’s warranty.

Skybell is compatible with the 2.4ghz band and will connect to b/g networks. It’s important to connect your phone to the 2.4ghz network before attempting to synch with Skybell. The doorbell requires an internet connection with at least 1.5mbps upload speeds.

Key Features of the SkyBell

The Skybell is full of helpful features, including on demand access and motion-sensing technology. Many users particularly like the live video feed, which lets homeowners know exactly who’s at the door (and when) even if no one is home. Here’s a closer look at some of the doorbell’s key features.

Pros of the SkyBell

At a glance, this doorbell has a lot to offer. Many items on this list of pros revolve around the Skybell’s best features, such as video feed and simple, secure connectivity. Here’s a closer look at some of the pros:

Cons of the SkyBell

While it has a lot to offer, there are also some serious drawbacks to consider. Common complaints include subpar video and sound quality along with a lack of video recording capabilities. Setup can be complicated in some households.

Features of the SkyBell

The Skybell is loaded with features. Here’s what you’ll get for its price.

Should I Buy It Now or Wait?

The Skybell joins forces with your iOS or Android device to let you know what’s going on in your house at any given time. This doorbell is far from the cheapest option on the market.

However, it might be worth it if you’re looking for more advanced security measures and don’t mind putting up with a few flaws. It’s certainly not perfect, especially with its subpar audio and video quality.

There isn’t much competition at the moment, but that doesn’t mean a more well-rounded and reliable “smart” doorbell won’t be available in the near future.

Reviews for the latest Skybell are mixed. Many users agree that the video and sound quality should be much better for the price. Reports of false alarms (such as an animal walking by or a tree branch swaying in the wind near the device) are not uncommon.

A handful of owners had major problems getting the doorbell to sync with their iOS or Android phones. However, this issue is much more prominent in the earliest 2.0 releases and has since been largely resolved.

Skybell is aware of many of these issues and is reportedly working on fixing them in the near future. It really comes down to want your tolerance is for perfection at this point.

Early adopters will probably still be very happy with it, but with the industry and technology changing so rapidly, it’s not like you “have to” have this just yet. Check out this listing for pricing, as there are sometimes some good deals/promotions. 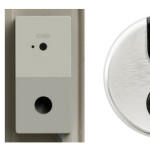 The Top 3 Alternatives to Doorbot – Some Different Options 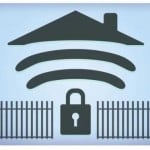