Over the last few years, relatively small steps in technology have given us a number of autonomous devices that help run and service out homes.  We have had app-driven systems such as Hive to control out heating, and a rise in the abilities of domestic robots such as vacuums and automated mops.

Increased availability and a new affordability have driven a surge of interest on having our (plodding) tasks carried out by electronic minions rather than having to bother with it ourselves after a hard day with our noses to the grindstone.

We want to be able to return home to a nicely warmed house without having to have the heating set to ships boiler-room levels when we are not there, and have our laundry done ready to go out in an evening.

The main problem with all of these things was that they needed to be independently run and monitored and that was a bit laborious, even if you could do it from your mobile device.

The products lacked any kind of platform to integrate them into one simple control panel, and that became the focus of several companies.

Providing the system was cheap enough, who wouldn’t want to adjust their heating up while they were still on their way home, and maybe go further than that and actually light up the house at the same time, maybe also put on your favourite music to welcome you through the door?

The seamless automation concept sounded like a dream for the weary homecomer and within a small space of time, that reality came into being.

Integrated household systems now encompass many diverse aspects of a home, and can be used to control those via one simple hub with App capabilities.

That makes control as such systems as HVAC, lighting, security features such as CCTV and door operation, energy management, and entertainment as easy as any mobile-operated device.  Suddenly your phone or tablet can control your whole home from a distance.

What are the Key Features of SmartThings and Revolv?

SmartThings and Revolv are two of the main systems currently available on the market, and offer increasing control over your home functions, but while they are relatively cheap a full system still represents a major investment and integration requirement, so it is worth making the right choice for your own circumstances.

Here, we aim to compare these two main systems to help you decide which is the best for your own needs. 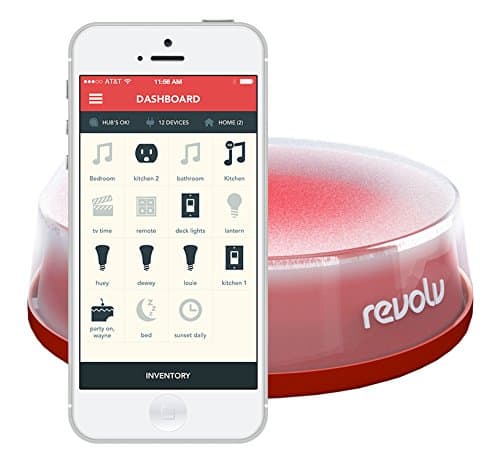 For a start, both systems are owned by major players in the marketplace – Samsung owns Smart Things while Google recently bought up Revolv via Nest – so they have plenty of investment and growth potential behind them.

Both systems rely on your relative proximity to get things going, but that can be adjusted as you please, within reason.

The SmartThings system is currently available for use on both Android and iOS platforms, with the Windows platform to follow, while Revolv is restricted to iOS at the moment though the company plans to evolve it onto other platforms once they have got it right on the Apple base.

Suffice to say, Revolv has been shown to work flawlessly with the systems it does operate and that can only mean good news for the future.

So how do they stack up?  Which one should you be investing, if either?

Both systems are essentially a box full of radio signals that operate various connected functions within your home. Both are hubs that can be used to connect many different applications though they have slightly different philosophy’s regarding how they operate.

SmartThings connects using ZigBee, Z-wave, and IFTTT integration, whereas Revolv is a system that’s focused more on branded products – most of which are not ZigBee or Z-wave – like Nest and Sonos, and will likely continue to do so.

That might make Revolv a more flexible option in the long run, but it currently makes SmartThings an easier option because systems are designed to connect with it.

SmartThings as a company started as a Kickstarter campaign in 2012, with the intention of controlling a home’s features via iOS and Android apps.  The campaign was a success, gaining the fledgling company $1.2 million in a short time and allowing it to start up as a going concern.

Products that could connect via the mobile app were initially sold only on the company website but since it has grown products are listed on Amazon and other commercial outlets. These products can be accessed through the app and via a home’s network router, making it an easy to use system.

With functionality allied to other home automation systems, SmartThings gives you a number of ways to take control of your potentially smart home. The user interface is easy to use and usually operates via an Android or iOS smartphone app.

And essentially make remote access using a standard PC or Mac impossible, so you won’t be adjusting your heating with your laptop, luckily, smartphones are a better medium for this function anyway and the app is easy and intuitive. Just don’t lose your smartphone.

SmartThings gives you the ability to set a series of simple triggers that work with many types of sensors and devices.

For example, when the system detects an active key fob by the front door, it will unlock a compatible deadbolt without the need for you to use a key; all you need do is be in the proximity and you have access.

The triggers can also be activated manually, randomly or to a schedule if you are a creature of habit.

The SmartThings system is also fully compatible with a variety of security system components such as cameras and alarms so you can have total security all of the time, though it doesn’t support home audio functionality with iTunes or Windows Media player at this time, though that will no doubt come as the company strives to gain a bigger foothold in the marketplace.

The Revolv system, drives a separate hub that connects to many different products throughout the home.

The brain, is a single box that has seven wireless radios speaking 10 different wireless languages – including Wi-Fi, Z-Wave, and Insteon. ZigBee isn’t currently supported but the company hope to remotely activate for this sometime in the “near future. 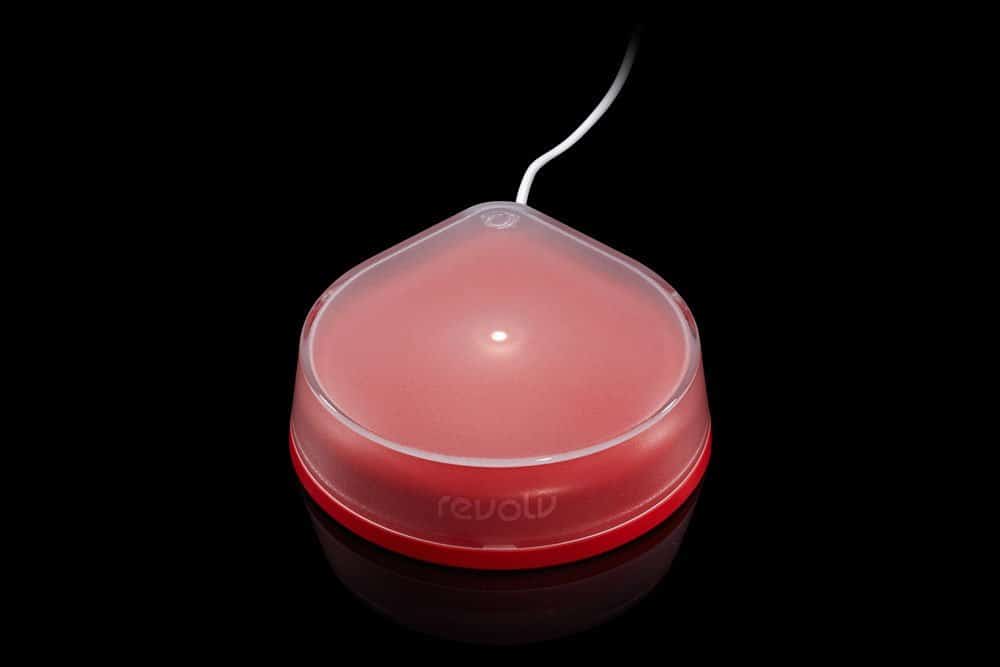 With Nest, as part of Google behind them, the company hopes to add more third-party support each month with an overall goal of supporting up to 95% smart home devices on the market, making the true home-automation scenario a reality.

What are the Pros & Cons of The Revolv and SmartThings Hub?

Conclusions: Which is Best?

Home automation systems are becoming more prevalent, and with so many different systems now available, making the right choice for you, and much of it will depend upon how many systems you want to run.

Neither Revolv nor SmartThings are full platform products yet but with the investment behind them, they have the opportunity to become so pretty soon and will then take on the more integrated systems in the market like iControl or AlertMe.

Currently, they both exist as a halfway house – if you’ll excuse the pun – for a full automation system, and are really only a big step up from the old scenario of ten different home functions needing ten different apps to run them.

Cost of installation becomes a factor in picking your system and in truth Revolv and SmartThings are not a whole lot cheaper than some of the more integrated solutions and have less of the control.

Side by side there is little to choose from either system and picking one may come down to something as simple as the type of smart phone you have.

Home control systems are a huge growth industry and investment from the companies behind these two will no doubt lead to increased functionality and possibly decreased costs as they fight to take on the more established manufacturers.

One thing is certain though; whether you are just dipping your toes in the waters of home control, or only want to control a limited amount of functions in your home, either the Revolv or SmartThings systems can do that for your admirably.

UPDATE: Revolv has been acquired by Google’s Nest and their technology is being integrated into the Nest. I think that Nest is working on releasing a smart controller of their own in the near future, but some of the speculation is that Nest was only looking for the engineering talent .

The Revolv can still be purchased online here, but it won’t have ongoing support going forward.

Overall, you are probably safer going with the excellent SmartThings Hub at this point.