For media junkies who want a fast, affordable, and easy solution to turn their boring old television into an IP-based media streamer, Chromecast is a blessing.

You can easily order a Chromecast device online, which, let’s face it, is pretty darn cheap. Furthermore, installation is a snap, since the device conveniently plugs into your television’s HDMI port. In a matter of minutes, your TV will be able to stream content from an unfathomable variety of sources including YouTube, Hulu, Google Play, Netflix and more.

But Chromecast isn’t the only streaming solution provided by Google. One closely related product, which doesn’t seem to get enough attention, is Chromecast Audio. What Chromecast does for television stations and video content, Chromecast Audio does for music and podcasts. It’s typically pretty irritating trying to find a way to connect a device (be it a tablet, computer or smartphone) to your speaker system.

Bottom Line Up Front:  There are a few different speakers that I like here, but overall I think the best for Chromecast is the Riva Festival available here. 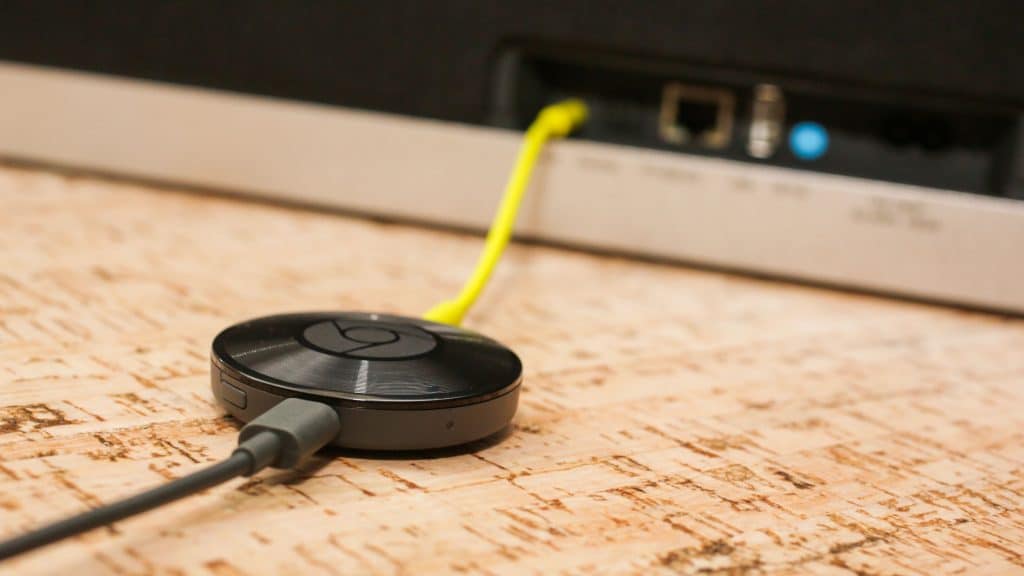 In the worst scenarios, you have to consult the dang manual to figure out how to make it work. It’s nothing short of infuriating! The good news is that Google Chromecast Audio was specifically designed to eliminate these types of problems. It will help you stream music from your iPhone, iPad, Android device, Chromebook, Windows computer or Mac. Not only can you play music from libraries stored on local storage, but you can also stream music from apps and other sources like Spotify.

Chromecast Audio is clearly fulfilling a need in the market, but after installing it, you may find that your speakers are a little underpowered. I think most people wish they had the extra spending money to purchase a high end Bose system, but for most people, that simply isn’t an option.

Furthermore, Chromecast Audio enables the use of Google Home and voice commands. I used to be skeptical and oppose voice commands because the technology was still being refined. But these days, it’s extremely accurate and rarely (in my experience) fails to transpose the words I speak. It’s really pretty cool and extremely convenient to tell Google to play your favorite playlist without having to navigate through menus or scroll through a deep music library.

In addition, Chromecast has the advantage of being able to connect with a lot of other audio apps, including TuneIn Radio, Spotify, iHeartRadio, Pandora and more. But do note that Chromecast, as a Google product, was really designed for compatibility with Android devices (Google created Android). While it is compatible with iOS and Mac OSX systems, some apps, like iTunes, Amazon Music, and others are not compatible with Chromecast.

However, like Bluetooth, Chromecast Audio’s technology is licensed so competing hardware manufacturers can create Chromecast-compatible products, which promotes free-market competition. If you need functionality with iTunes, it may be worth looking into Apple’s competing solution, Airplay. 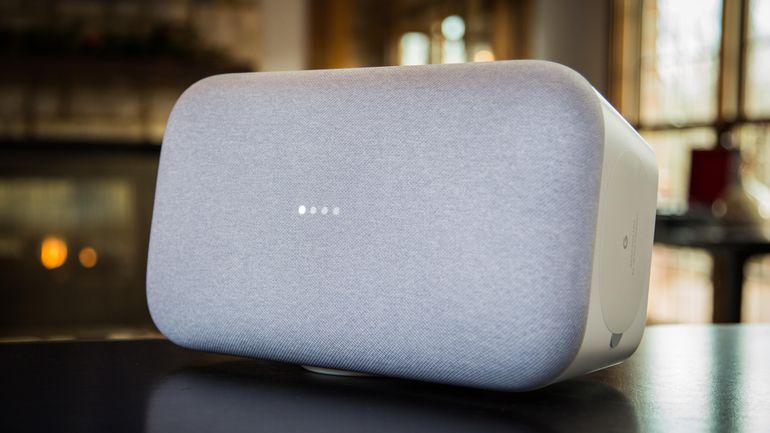 It would only make sense to include a high-quality Google product first, and the Google Home Max is no slouch when it comes to sound quality. What’s the downside, you ask? The downside is the same as any other high-end alternative: the price! It costs a whopping amount of dollars but does have some fantastic features. Regardless of Chromecast, Google Home Max already has Google Assistant built in.

Because it has Google Assistant, you can turn off the lights and control smart-home devices, query Google to search for answers to your questions or even make a phone call. Really, I think most of the justification of this model’s price is heavily weighted in its smart-speaker features. Nevertheless, it has phenomenal sound quality and is compatible with Chromecast Audio. If you want something a little more affordable, don’t worry, there are plenty of other options. 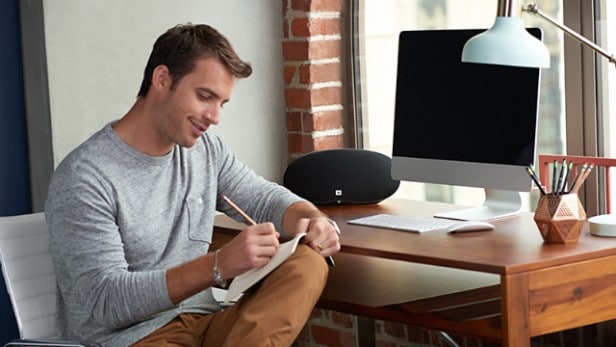 The JBL Playlist speaker is somewhere in the middle of the market, and one heck of a lot more affordable than the Google Home Max speaker. At its current price point, you’ll be surprised how rich the sound quality is. Like many other models’ designs, this model features volume control and song manipulation buttons (pause, play, etc.) on the top so you can control music if your phone or mobile device isn’t handy.

One thing I really liked about this model, however, is the fact that it supports Bluetooth. As mentioned earlier, Chromecast doesn’t support every app and scenario imaginable, so having a Bluetooth option as a backup is a real lifesaver. It has Chromecast enabled by default and includes 24bit 96kHz high-quality sound as well. Furthermore, the wireless connectivity standard is the latest and greatest, using 802.11N/AC to ensure that its WiFi connection won’t ever be a bottleneck. 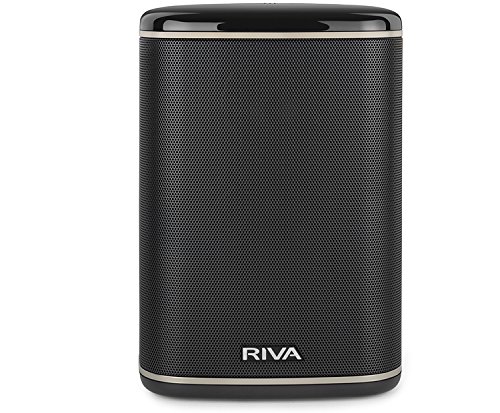 The Riva Audio Arena sits somewhere between the JBL Playlist and Google Home Max models in terms of cost versus quality. I would subjectively rate it to be in the medium-high end of the market. Like the JBL model, the Riva Audio Arena comes with Bluetooth as well as Chromecast Audio support, so you won’t be encumbered regarding which apps you can use to stream audio.

It also has Chromecast and Spotify Connect built in, which should accommodate most people’s audio needs from the start. But it also has a ton of other useful features, especially for Apple fans. Because it has AirPlay built in as well, I would recommend this model as an obvious choice for iOS and Mac OSX users.

If you’re looking for a decent mid-range solution, the Grace Digital CastDock X2 is another great alternative. One thing I love about this model is its integrated fiber optic connection, which helps to provide lossless sound at 192-kHz. It’s also eco-friendly due to a really cool power saving feature, which also helps reduce electricity bills. Not only will it automatically shut off when not in use, it will also automatically turn on whenever you start to stream music to it.

I know it may seem like a small matter, but I love anything that’s automated and makes my life easier. There are two input modes too. Naturally, one input mode is Google Chromecast. The other source is anything that can deliver sound data through the aux jack. The appearance of the speaker didn’t “wow” me, but it doesn’t look hideously disgusting, either.

I think the overall look is a little underwhelming, and I do wish it had volume buttons, at least on the back. Instead, you must use Google’s app on your phone to adjust the volume, which isn’t the most ideal situation for me. Sometimes manual controls are more convenient. At any rate, it’s a great option for Google Chromecast, and delivers high-quality sound at a justifiable price. 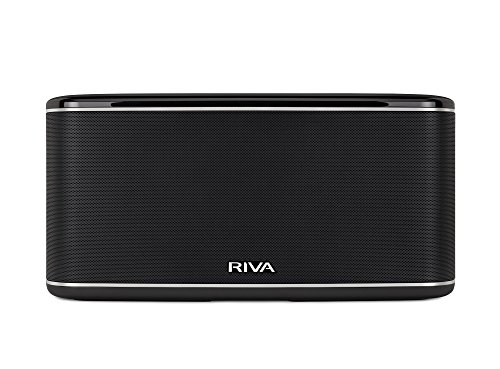 The last alternative is the Riva Festival, and I intentionally saved it for last. It is undoubtedly an extremely high-quality product, but as you would expect, it’s pretty darn expensive. Since I doubt most people want to spend a whopping amount of dollars on a speaker, I wouldn’t rank this as the best speaker owing to its impracticality, but I would rate it as the highest quality.

And oh man, it comes loaded with features too. Naturally, Chromecast functionality is already built in, but it also comes with other connectivity methods including Wi-Fi, Bluetooth, Spotify Connect, DLNA, and AirPlay. Basically, it will connect to just about anything, and it delivers gorgeous sound quality with 24-bit 192kHz high definition audio.

Personally, though I think most people would want the Riva Festival speaker, I’m ranking the JBL Playlist as the best of the best, because it offers great value. It simply has too many good features to ignore at such a modest mid-range price. Nevertheless, if you like investing in your entertainment hardware and won’t accept anything less than the best, the Riva Festival is undoubtedly the way to go. 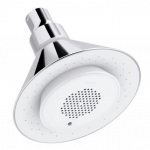 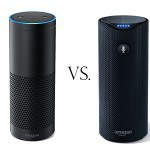 Which Smart Home Speaker is Best? Amazon Tap vs Echo

Sonos One vs. HomePod: Which Will You Love Most? 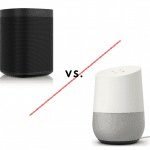 Sonos One vs. Google Home: Which is Best?