It used to be that Apple and Fitbit catered to two distinct and diverse markets, however with the release of Fitbit’s Blaze, the line that separates the two is beginning to distort.  No matter how you look at it, Fitbit’s Blaze device is the company’s first smartwatch, although Fitbit refuses to label it as such.

But the question is, which device is better? And which one is worth the money? Each wearable offers its own benefits and drawbacks, and its own argument for why it is the right fit for you and your wrist. Let’s take a look at the devices head to head and weigh the pros and cons. 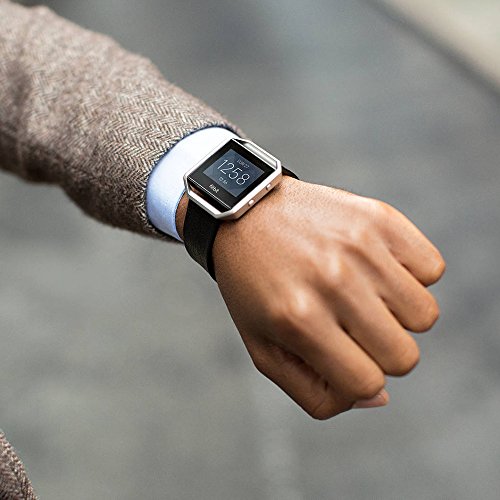 Although some may be hesitant to admit it, Apple has been at the forefront of the smartwatch market and design for the past few years. Their devices look sleek and modern, yet hold a classic quality that offers a hint of nostalgia. Detractors of the design suggest it would be better if the device were round, but even if they’re right, the Apple Watch 2 outdoes its competitors – including the Fitbit Blaze – in the design department.

From a design perspective, this is where the similarities end for the most part. The Apple Watch 2 is the clear winner in the display category, boasting an OLED screen with a 272 x 340 or 390 x 312 resolution. The Fitbit Blaze screen pales in comparison, offering an LCD display, with a 240 x 180 resolution. Both screens are colour, but where the Fitbit Blaze has a Gorilla Glass 3 protective coating, the Apple Watch 2 offers ION-X strengthened glass for its standard model.

To its credit, Fitbit did choose to differentiate itself from Apple by making the fitness tracker part of the watch removable. This leaves the frame as part of the watch band, which makes it easier to pop the device out of one band and into another. The process is simple and straightforward and makes switching bands easier on the Fitbit Blaze than on the Apple Watch 2.

With that in mind, this feature may also be a limiting factor in the number of third-party bands released for the Fitbit Blaze. As usual with Apple products, the Apple Watch 2 has a myriad of selections, including its own which lets you choose from space grey, silver, gold, and rose gold options.

Navigation on the Blaze provides three physical buttons, two on the right and one on the left, as well as its touchscreen which lets you swipe left and right between screens and modes as needed. The button on the left is set as the home/back option, while the two on the right allows you to pause or complete your workout quickly.

By comparison, the Apple Watch 2 shows off its new navigation experience by making left and right swipes between the screens the basis for its user interface. The device includes a digital crown which, when clicked, takes you to your app launcher, as well as a side button that summons your favorite apps.

Typically watches have batteries which last for months or years, but it is becoming common knowledge that this is not the case for smartwatches. Because of the perception behind the short life of smartwatch batteries, a longer lasting battery can be the deciding factor, especially if you enjoy the outdoors, like hiking or camping, and don’t have the ability to charge readily available.

Based on the need for longer lasting batteries, this is a category that allows the Fitbit Blaze to make up some ground on the Apple Watch 2. The Apple Watch clocks in at roughly two days on a single charge, whereas the Fitbit Blaze can go as long as five days before needing to be recharged, and can get a full charge in as little as two hours.

But overall, the edge from a battery perspective has to go to the Fitbit Blaze, which offers a long-lasting battery with a relatively quick charging time.

One of the key selling points for the Apple Watch 2 is the way it integrates with your iPhone, offering a variety of the functions from your phone right on your wrist. This includes the ability to control applications, fitness trackers, check email, and even communicate with Siri without being forced to pull your phone out of your pocket.

On the flip side, the Fitbit Blaze is designed to be a fitness tracker before anything else. It will provide notifications from your phone in a limited capacity, but does not have the capability to install applications on the device. Although there has been some movement on the third-party support front, the Fitbit Blaze lags behind the Apple Watch 2 when it comes to this type of functionality.

Fitness tracking is where the Fitbit Blaze really closes the gap on the Apple Watch 2. It offers a list of features for activity tracking that makes up for plenty of the device’s deficiencies. For starters, it’ll track steps; calories, floors climbed, active time, sleep, and can provide resting heart rate along with the amount of time you’ve been active.

The Fitbit Blaze offers several sensors, including a three-axis accelerometer, an altimeter which tracks elevation, and a gyro sensor. Unfortunately, there is no onboard GPS, which means you will have to rely on your phone to monitor activities like hiking, walking, or running. It will automatically track sleep as well, done by monitoring information from both your accelerometer and your heart rate monitor, which will detect when your heart rate begins to slow down as you wind down for the night.

In addition to these automated benefits, the Fitbit Blaze can track a variety of exercises thanks to the SmartTrack feature. This feature will automatically recognize when you’re performing an activity, and begin monitoring accordingly. The Apple Watch 2 does not have this functionality and rarely identifies your actions as exercise. This type of inconsistency makes for a poor user experience.

The Fitbit Blaze can also integrate a variety of third-party information as well, incorporating data from sites and applications like Endomondo, Strava, and Weight Watchers into the Fitbit application. This type of functionality means you don’t have to give up existing data if you decide to go with the Blaze. 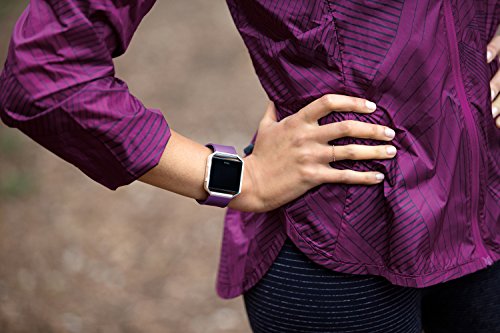 Activity tracking has never been an area that required attention previously, so it makes sense that it is not a strength for the Apple Watch 2. The most obvious improvement is the ease of sharing activities with other Apple Watch owners, allowing you to compete in areas like miles ran or total steps.

Unlike the Fitbit Blaze, the one difference with the Apple Watch 2 is that it does not have an altimeter, so it cannot track your elevation. This means that while the Blaze can tell you how many flights of stairs you’ve climbed for the day, the Apple Watch 2 cannot.

The focus of the Apple Watch 2 from an activity tracking vantage point is Apple’s Activity app. This tracking application offers a snapshot of your activities throughout the day and provides a nudge when you need to get up and get moving. Currently, the app does not offer sleep tracking functionality, while the Fitbit Blaze includes Sleep Stages, which has a light sensor, and tracks deep, and REM sleep.

Another feature of the Apple Watch 2 is there are a wide range of fitness apps that are compatible with it. Applications like Nike, Runkeeper, Strava, and a lot more are available, which allow you to continue with your current progress on the Apple Watch 2.

For Activity Tracking, the clear winner is the Fitbit Blaze, as the device is explicitly geared to this type of health and fitness tracking. The Apple Watch 2 does offer a decent experience. However, it does not provide the health information, resting heart rate option, and automatic workout recording that its counterpart does.

A few additional features which the Apple Watch 2 can boast about include a microphone and a speaker, which allow you to talk to it. The mic can also be used to provide voice dictation, chat with others through the phone application, and send audio messages. Additionally, the Apple Watch 2 offers 8GB of storage, which allows you to keep all those precious pictures you just can’t bring yourself to delete.

In contrast, the Fitbit Blaze is limited to mostly exclusive fitness features. The Blaze offers Caller ID and text message notifications, along with showing on the device who is calling, but outside of those few features, the device is lacking. You will also get on-watch music controls, which are helpful for that morning walk or jog and you don’t want to pull your phone out to change the song.

How do the Fitbit Blaze and Apple Watch 2 stack up against one another? Here is a side-by-side comparison that gives a high-level view of where each device stands.

If you are the type of person who prefers to focus on fitness and health, then the Fitbit Blaze might be the device for you. It offers a longer lasting battery – by a significant amount – so you can track your sleep patterns and behaviors. The Fitbit Blaze also provides the heart rate monitor, and additional activity tracking features that the Apple Watch 2 does lack and just can’t compete with. Additionally, if you’re an Android user, the Apple Watch 2 isn’t going to be a choice for you.

The Apple Watch 2, however, offers entirely more than just activity tracking and monitoring heart rate. Apple’s expanding wearable application system provides a more versatile device with more bells and whistles than the Fitbit Blaze can offer. The Apple Watch 2 does a great job of pushing users with notifications that encourage and motivate them to move around.

So if you’re looking for a fitness tracker, you can’t go wrong with the Fitbit Blaze, but if you’re in the market for a smartwatch that provides activity tracking and fitness features, the Apple Watch 2 is going to be a better choice. Either way, you’re going to get a great device that motivates you to get up and get moving. 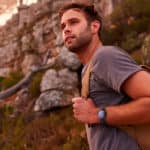 How to Find the Best Smartwatch for Your Needs