As smart home automation technology continues to force its way into consumers’ homes, it is becoming readily apparent that a better control unit is necessary. The smartphone works – most of the time – but it usually relies proprietary apps that are manufacturer dependent. Sure, there are ways to circumvent this dependency, but it’s far from easy (especially for people that want home automation technology but aren’t exactly tech-savvy).

NEEO is a new company currently running a successful Kickstarter campaign in the hopes of revolutionizing the way home automation technology is controlled in the American home. The NEEO Smart Remote system is comprised of a remote control unit – complete with touchscreen and programmable buttons – and a unit that NEEO refers to as the Brain. The Brain allows the NEEO to control a lot more than just a home theater system; it is compatible with almost all of the popular home automation gadgets that have come to market in the last several years.

Those of you already familiar with programmable universal remote technology such as the Logitech Harmony series may notice some striking similarities between what NEEO is trying to do and what Logitech has already done. NEEO CEO Raphael Oberholzer answers these concerns by explaining that the NEEO Smart Remote is better than Logitech’s product line because NEEO is designed to connect more easily to common home automation devices and because it offers features not found on the Harmony. Interestingly enough, Logitech recently started supporting home automation equipment through the Harmony product line but the founders of NEEO don’t seem to be worried at all.

In fact, the Kickstarter campaign isn’t even over yet and NEEO has raised over $1.5 million in support from backers who want a new universal remote solution. Although the remote hasn’t been released to the public yet, there are plenty of working prototypes that prove the NEEO Smart Remote is a lot more than just the convoluted dream of a few Bay Area tech geeks.

Overview of the NEEO Smart Remote

Using a 480 x 800 3.2” touchscreen, the NEEO is easy to use and provides an intuitive menu that just about anyone can quickly master. Some of the features that set the NEEO apart from its direct competition, the Logitech Harmony, are exactly the types of features that universal remotes need to break into mainstream consumer acceptance as a better way to control automated home tech.

The Smart Remote has hand recognition that automatically loads playlists, favorites, and other content as soon as the remote is picked up. This feature supports multiple user profile and it even offers a guest mode for hands that are not recognized by the device. This feature can also be used alongside a companion app available for both iOS and Android smartphones. When a user with a recognized palm print picks up the remote, the user is greeted with a personalized greeting before being shown custom menus that reflect the types of programming, music, and games that person enjoys.

The battery of the NEEO will run for months at a time without needing a recharge (the Harmony remote, on the other hand, seems to live on its charging cradle). A locator feature allows you to find the remote using a smartphone app and like the Harmony remote, NEEO supports both IR and Bluetooth enabled devices.

Where the NEEO Smart Remote really shines, however, is its support for practically every other home automation gadget currently available. Out of the box the Smart Remote supports Wi-Fi, 6LowPAN, Z-Wave, ZigBee, and Thread. Not to mention that the IR blaster on this device has a full 360 degree range and it even features a learning mode that allows NEEO to learn the IR codes for any devices it doesn’t currently support.

Speaking of support, the NEEO comes from the factory with a database containing over 30,000 home automation gadgets to make setting up most devices quick and easy. The Brain is also capable of initiating timed events and can even automatically respond to alerts from triggered sensors connected to the system.

As previously mentioned, the idea of a smart hub to control multiple items in the home isn’t necessarily new. Logitech recently released the Harmony Home Hub that attempts to do the same thing as the Brain unit of the NEEO remote. The main difference is that the NEEO supports a lot more devices out of the box including Honeywell home automation products and Philip’s Hue smart light bulbs.

The other significant difference between the two platforms is that when pairing a new device to the Logitech unit, the model number of the device you want to pair needs to be written down, then the remote needs to be plugged into the PC, and then using Logitech’s website, the device can be loaded into the remote.

The NEEO streamlines this process by allowing users to pair devices at any time right from the remote’s touchscreen interface. In most cases, pairing is as simple as typing in the product name and the NEEO does the rest. It’s this ease of use that will set the NEEO apart, and most likely above, the Logitech Harmony remote and any other contenders that may sprout up over the next several months.

The retail price of this remote is set a good price but as an early bird adopter donating to the company, the NEEO Smart Remote can be had for a lower price, with the first units scheduled for shipping within the next few months.

The remotes were originally set to begin shipping earlier this year but due to complications with patent law and other red tape, NEEO is a little behind schedule in that area. Fortunately, the company has created a blog with weekly updates about the progress of manufacturing and logistics so that donators can stay up to date about the universal remote that very well could redefine how consumers think about home automation technology moving into the future. 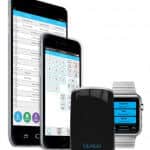 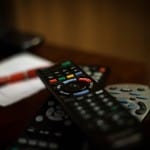 Logitech Harmony 650 vs 700: Which Universal Remote Will You Love? 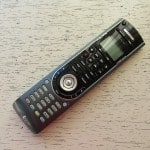 The Ultimate List of the Best Smart Remote Options for 2020