Cable television packages seem to have met the same end as the dinosaurs and land-line phones; these days, it seems that most people stream on-demand content from the Internet. And there is a myriad of devices empowering users to turn their boring old television sets into IP TV streamers, and most of them cost less than $100 USD.

In fact, if you can even take advantage of the streaming software for free, as is the case with Kodi. If you weren’t already aware, Kodi is a multimedia center designed to help users find, browse and organize content from a seemingly endless number of sources. Really, Kodi is a lot like Popcorn Time – both have a lot in common concerning modularity, free add-ons and the ability to be customized.

Popcorn Time was open source and spawned a variety of forks, which were essentially different versions that had been tweaked, streamlined or improved for different purposes. Kodi has its share of forks as well, though they are referred to as Kodi Builds. Each build allows you to customize your Kodi experience from the types of content and add-ons that are available to the look and feel of the interface.

Today we’re going to take a look at the best Kodi builds for the Amazon Fire TV. 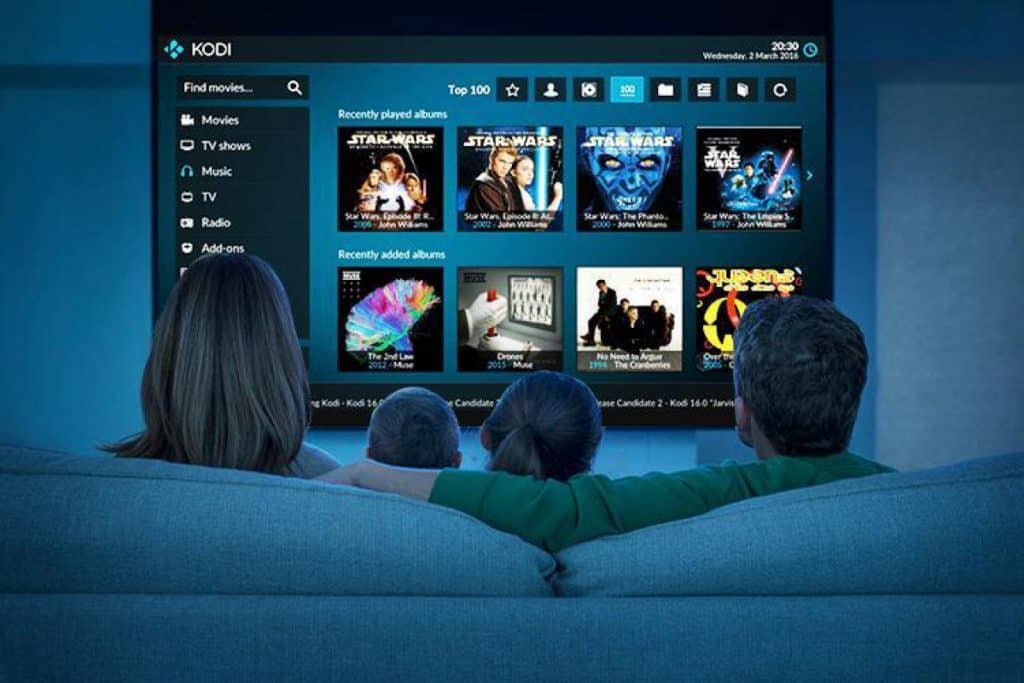 Pulse CCM Krypton is an incredibly popular Kodi build that’s got a lot to offer. I personally like the interface, which has a pretty mainstream layout which is shared among other popular Kodi builds. The interface is clean and easy to navigate, and the color scheme is attractive and sleek, not distracting. Navigating through media is performed by moving left and right on a well-organized ribbon.

Do note, however, that there are other Pulse builds. In fact, CCM is only one of several other incredibly popular Pulse builds, including Nox, Lite, and Aeon. The setup procedure is fairly easy too; simply download the correct build repository, unzip it, and select install. Then the install wizard will do all the heavy lifting for you.

The next viable alternative is the No Limits Magic Kodi build, which is a fully featured build that’s highly customizable. It’s compatible with Kodi 17 Krypton and Kodi 16.1 Jarvis, and it supports a wide variety of popular add-ons. Popular add-ons compatible with the No Limits Magic build include Elektra Vault, Star Tec, Covenant, Specto, and Elysium.

And for the time being, the build is hosted on dedicated servers to ensure high availability and reliable downloads. It’s also a very versatile build because it works on all the major platforms on which users commonly run Kodi, including the Fire Stick, iOS systems, Android devices, Mac, Windows and even Linux. You’ll find all the latest content categories as well, including HD, 4K, and 3D content.

In my opinion, the interface isn’t too cluttered either. In fact, it’s actually pretty darn clean and easy to navigate, since all of the main menu items are located on a ribbon and the user can only scroll left or right. Using the ribbon, users can navigate through items including Movies, TV Shows, Networks, Live TV, Sports, Bennu, Quantum, UK Turk, Favorites, Tools, System, and Power, Kids, Music, and More.

The next great alternative, the Nova Kodibuild, is actually a fairly recent development. At the time of writing, this build is only about a month old as it was released in late December of 2017. Like the other Kodi builds mentioned previously, the Nova build also supports all of the popular add-ons. In fact, I think it would be rare to find an add-on not supported by the Nova build. To name just a few, Nova supports More Power, Strictly HD, Empire, Bucky Movies, Trident, Oculus, Specto, Death Streams and more.

Of course, this build supports channel availability from a ton of different content sources and types, including movies, topical movies still in theaters, television networks, live TV, Fitness, Internet streaming sites (Hulu, Netflix, YouTube, etc.), sports and more. I really like how the developers devoted one section of the menu for kids, which helps aggregate appropriate content for children to make parents’ lives much easier.

To be completely honest, I wasn’t particularly impressed with the interface. It just didn’t look sleek and attractive to me – perhaps you’ll disagree. I did, however, think that the interface is very functional and easy to navigate, and I really liked the utilities that come with this build. In addition to standard build logs (to be used for troubleshooting), it comes with a build wizard and a cleanup utility. There’s even a handy speed test utility to make sure your Internet connection is up to scratch.

Next up is the Titanium build, and the first feature I wanted to point out regarding this build is its interface. The interface is extremely similar to the No Limits Magic interface, which seems to be very popular among new builds, and allows users to navigate via a ribbon menu. The installation procedure for this build version is comfortingly simple, too. All it really takes is downloading the SupremeBuilds repository, and to then download the Titanium build.

And not only is compatible with the Amazon Fire TV 4K, but also with the Fire Stick and other common platforms capable of running Kodi (mobile iOS and Android, Mac, Linux, Windows, etc.). Titanium doesn’t disappoint after a fresh install, either, since it includes all-in-one streaming add-ons like the previous alternatives. All-in-one add-ons are incredibly convenient and drastically reduce the amount of time users have to hunt for the right channels and content.

All-in-one add-ons supported by the Titanium build include GoodFellas 2.0, Wolfpack, UK Turklist, Black Entertainment, Maverick TV, Project M, Bennu, The Pyramid, and Stream Army, among others. And naturally, international content is going to be available on just about any device, but I found it admirable that there is a built-in Spanish menu as well. Unfortunately, other than English and Spanish, there aren’t other foreign language alternatives.

The Xenon build alternative, which is sometimes referred to as the Diggz Xenon build after its developer named Jason Diggz. The Xenon build isn’t nearly as new as the Nova build, which is both a blessing and a curse. It’s a blessing to be older because it’s given developers time to work out any common bugs, but lacks the excitation and in-the-know feeling of using a technology fresh out of the compiler.

This build, however, might be a little large for users who are trying to use it with a Fire Stick, since it takes up almost 0.5 GB of storage space. More accurately, the build is about 475 MB, while most other builds seem to hover around 300 MB. I wouldn’t really call a media streamer “lightweight” if it’s about half a gigabyte large, but compared to other downloads (large programs, movies, video games, and other types of content that can be tens of gigabytes in size), I suppose it isn’t too much of an inconvenience.

There are a lot more Kodi builds that could be mentioned today, and there are always new add-ons, interfaces and build versions multiplying up like bunnies. If you really want something new to feel like you’re on the bleeding edge of technology, I’d recommend the Nova build since it’s the newest build mentioned, though I’m not partial to the interface.

The aforementioned builds are among the most popular Kodi builds, and are the best in my opinion. But it seems that there is one unique Kodi build for every grain of sand on the Earth. OK, perhaps I’m exaggerating a little bit, but you get the idea. Other notable builds you may wish to sample include Pyramid, Cosmic Saints, and Wiz-Tech. Last but not least, if you go off the beaten track and opt for a lesser known Kodi build, do some research ahead of time and make sure it’s stable!