The Wink Lookout is an easy DIY home security system that provides you with the essentials you need to know what is happening at home. The best thing is that you no longer have to pay hefty professional installation fees.

The Wink Lookout System includes the Wink Hub 2, two door and window sensors, a motion sensor, and a siren. This means that you have all the sensors you need to make sure that if somebody tries to break into your home or if something moves around, you will get instantly notified about it.

You could add more sensors when necessary, as well as add the Wink Bright, the company’s own smart bulb brand. Furthermore, you can connect other devices made by other manufacturers, such as alarms, cameras, smart garage doors, motion sensors, doorbells, and locks. This will give you a more comprehensive home security system using the products you already have or prefer buying.

The sensors included in the Lookout package are meant to be subtle, easily blending into the background. Some people would probably not notice that it is there. However, if people do notice it, they would be impressed by how sleek and modern it looks.

Wink Lookout’s biggest advantage is that it is primarily a smart home hub, and there is already a wide range of devices that work with Wink. The Wink Hub is one of the best home automation hubs around. You can connect GE Link or Philips Hue, for instance, to your Lookout system, triggering it to light when your alarm trips. You can also hook up a Ring video Doorbell or a Nest Protect to the Wink Lookout. The system also works with sensors from other manufacturers such as Kidde, Go Control, LeakSmart, Arlo Cam, and Dome, among many others.

Wink Lookout is meant to be used inside the house. The various components of this system are not recommended for outdoor use.

Also, the Wink Lookout does not have a battery or cellular backup. This means that it’s basically useless if the power goes out or if your Wi-Fi goes off.

It also does not automatically do anything beyond sending you an alert. When the sensors are triggered, the system would send you a notification and ask you what you want to do (call 911, call someone, or turn on the siren). This means that if there is an attempted burglary at your house, you can only do something about it if you have been paying close attention to your phone. If you plug in a security camera with the system, it also does not start recording when the sensors are triggered.

Wink Lookout does not have its own mobile app. Instead, you would still need to download the Wink app and find it there as a menu icon. When you tap on this icon, you can turn the alerts on or off, see a list of when the sensors were triggered, and add more sensors and devices. And here is where it gets confusing: Each added sensor and device will have its own folder, and to change the setting for each one means you would need to go to that particular folder. For example, if you want to make the motion sensor less sensitive, you need to tap the Sensors folder to make that change. There is no single interface that will allow you to change the settings of the devices and sensors connected to your Lookout. Wink allows you to create Robots, which offers you some level of automation. You can create robots that can be triggered by a lot of factors such as time, location, or sensors. For instance, you can have the robot sound the alarm then send you an e-mail if the door is unexpectedly opened.

Alternatives to the Wink Lookout

If you own a Ring Video Doorbell, you would want to consider getting a Ring Alarm. The DIY home security system will let you know if a door or window has been opened or if there are movements around the house. You can also connect your existing Ring products to the system. It comes with a battery backup and you can opt for an optional cellular backup to help ensure that your home is monitored no matter what happens. Ring Alarm also comes with a range extender, ensuring that you can add more sensors around the house, even if you have a big home.

Of course, if you are talking about DIY home security systems, then SimpliSafe would always come to mind. SimpliSafe has recently changed their offerings and the closest package they have is the SimpliSafe Foundation, which costs $229.96.

The SimpliSafe Foundation has an entry sensor and motion sensor. When these are triggered, the siren found in the base station will sound to scare off potential thieves. SimpliSafe offers professional monitoring for only $15 a month and that comes with a cellular backup. The base station also has a battery backup for those times when the power goes out.

Features and pricing for the SimpliSafe Foundation, Ring Alarm and Wink Lookout

Another way to compare these three is by looking at the pricing for the sensors that they offer. As you can see from the table below, SimpliSafe offers a lot more kinds of sensors but that is because the SimpliSafe system does not have a wide range of integrations. In fact, the system probably works only with Nest, and that’s it. As such, the company needed to make their own sensors, which may not really be a good thing. Wink has fewer proprietary sensors, but that is okay because you can use sensors from other manufacturers. Wink, however, has the most expensive sensors among the three.

The Wink Lookout came into the DIY home security system a bit late and what it offers is not that remarkable. In fact, you should have the same system on Wink Hub 2 and there would be no difference. You cannot arm or disarm the system, but you can turn the alerts on or off. To be honest, it is something that you need to remember when you come home, or else, the Wink Lookout would keep on pestering you with motion alerts every time you walk around the living room, or every time you open a door or window. This also means that you always have to remember to turn the alerts back on again when you go out.

There is a way for you to turn the alerts on or off, but that would involve another section of the Wink App. This is probably one of its flaws: Wink did not think that Lookout deserved its own app where you could tweak the settings of your alarm system all in one place. It would have been easier to just allow people to toggle their preferences rather than have them create robots, schedules and shortcuts. At the very least, a security system could have made it easier for you to arm or disarm.

In short, Wink Lookout is being marketed as a home security, but it certainly does not act like one. There is no easy way to arm or disarm it, and you cannot automate it to even just sound the siren when the sensors are triggered. What’s more, its section on the mobile app is not easy to use.

Wink Lookout is more of a copout. It certainly is not the only DIY home security system out there, and it has entered the market late. But instead of playing catch up, it does not even offer any new feature, nor does it simplify things. Instead, you can just add sensors and add it to your existing Wink hub and get your own version of Wink Lookout. Because that is primarily what it is: a smart home hub that is pretending to be a security system.

And if you are not currently a Wink user, you might want to look elsewhere for your DIY security system, such as Ring Alarm or SimpliSafe. 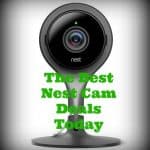 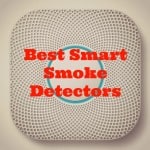 The Best Smart Smoke Detectors for 2022