This article will review a couple of home security systems that might be right for you if you’re the type who prefers to do things on your own. As a homeowner, you’ll want a system that will protect your home while letting you have the control you want.

The Wink Lookout and the Ring Protect are two such security systems. As you’ll discover, the two have their similarities and differences, but each offers a solid option if you’re in the market for a smart home security system that you can install and monitor yourself.

Even though Wink Lookout’s smart security system does not offer all the features that other do-it-yourself systems provide, it’s still a robust option that allows you to stay aware of what’s going on in and around your home. Its central device is called the Wink Hub 2 and can integrate with Z-Wave, Lutron, and Zigbee devices.

Wink does offer a lot of options to those that want to install their own security system, but it has a few drawbacks as well. It doesn’t provide a battery backup in the case of power outages, there is no motion-triggered security camera available, and you can’t sign up for professional monitoring.

If you can live with these few drawbacks, a Wink smart home security system could be right for you. The system comes with the previously mentioned Wink Hub 2, a motion detection sensor, two window and door sensors, and a siren. You can purchase each item separately as well if you discover the need for additional hardware.

The Wink Hub 2 supports a variety of different protocols and technologies. Some we’ve talked about, such as Zigbee, Z-Wave, and Lutron. Others include wifi, Bluetooth, and Kidd protocols. This means your Wink smart home security system is compatible with many different devices and systems. These might consist of garage door openers, lights, thermostats, cameras, and many others.

The window and door sensors are a piece of cake to install and come with an adhesive that allows you to stick them pretty much anywhere you need them. They also include screws if you need something more permanent. If your motion sensor picks up movement, it will emit a blue light. It also has a sensitivity setting which lets you set the range from very low to very high.

The siren included with the system looks like a hockey puck but has an LED encircling it which lights up blue when set off. Additionally, an audible alarm will go off, which like the motion sensor can be set to low or high sensitivity.

The siren is perfect for scaring off would-be intruders, of letting you know a door or window has been opened. A neat feature about the siren is that it allows you to assign a wide variety of sounds to specific behaviors. These sounds include chimes, beeps, and a few familiar musical renditions as well.

As mentioned, the Wink smart home security system does not come with security cameras, but that doesn’t mean you can’t add them to the system. Integrating a security camera into your Wink system will grant you the ability to watch live video, which Wink will let you watch through its app. However, unlike other systems, you are not able to start a recording when the sensor detects motion.

The Wink Lookout mobile application can be downloaded from either the Android or iOS marketplaces. Once the app is installed, you can control your smart security devices right from your smartphone screen. If you need to add a device to your Wink home security system, just select the “Add to Wink” option in the smartphone application.

Wink’s mobile application also lets you set actions that are set off as a result of specific triggers. These can be things like motion or sensor movement, time of day, or based on your location. Have fun and play with your devices so you can learn more about how they work and what they are capable of doing.

You might discover that you can receive an alert when your garage door closes or opens, or maybe you find that your app shows you a message when your thermostat reaches a specific temperature. There are plenty of triggers and alerts you can set that work for you and your lifestyle.

When you’re ready to install your Wink smart home security system, you’ll soon discover how easy and straightforward it is. Basically, you just download the mobile application, follow the on-screen instructions, and connect the Wink Hub to your network with a cable. Don’t forget that adding additional Wink devices are just as easy. Click “Add to Wink,” choose your device, name it, and it’s ready to go.

Connecting third-party components to your Wink system are almost just as easy. They require a little more work, but it’s painless. Once you’ve chosen “Add to Wink” and followed the steps, you’ll have to enter your Wink security email and password. After that’s done, the device will automatically pop up on your Wink smart home security system dashboard.

While the Wink smart home system isn’t necessarily a security system, that’s the label it has been given. Even though it’s not a security system, it does a great job of keeping an eye on your home and alerting you to intruders or any other items of concern. It’s a do-it-yourself system that is easy to use, easy to install, and works with a wide range of devices.

It does not offer a battery backup or a professional monitoring option, but if you can look past those things, the Wink system might be just the thing you need to be aware of what’s going on in and around your home while you’re not there. 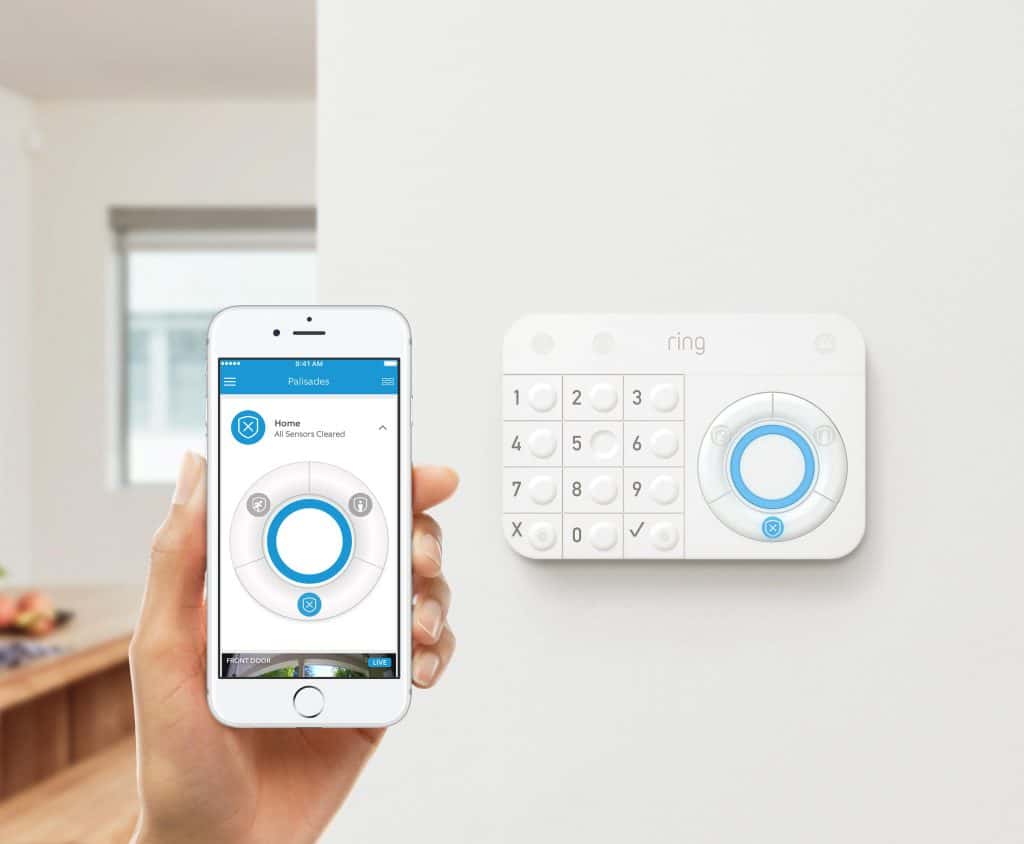 Ring refers to its hub as the Protect Base Station, which is the component other devices use to establish a connection with your security system. Components might include doorbells, cameras, or any other vendor devices the Ring can connect to via Z-Wave, Zigbee, wifi, or Bluetooth.

The Protect Base Station includes a siren, a battery backup, and a wireless card that the company will turn on for a monthly fee. If you want to, you can connect the Ring Base Station to your router via an ethernet cable, though it’s not necessary for the system to work.

If you don’t feel like the sensors that come with the Ring Protect system provide enough security, you can also purchase additional hardware. For instance, Ring offers a battery-powered keypad sensor that you can place on a level surface or on your wall. The Ring keypad sensor allows you to disarm or arm your Ring security system. It also has the capability to distinguish between armed away and armed home (if you need to arm the system while you’re at home).

Another sensor available with the Ring Protect system is a contact device sensor. You place this sensor on your doors or windows, and they alert when they are closed or opened. A range extending device is also available for the Ring Base Station. It needs AC power to work, but it boosts the signal from the hub allowing you to get rid of any trouble spots.

Additionally, RIng has multiple security type cameras you can add to your system. These include Ring’s Stick Up camera, doorbell cameras, spotlight and floor cameras, and many others. For the most part, Ring’s cameras will work outdoors with the exception of the Stick Up camera.

The Ring application allows you to view your video feed through your cameras, even if you don’t sign up for the monthly subscription. Keep in mind that you won’t have the ability to store content after the thirty-day trial. 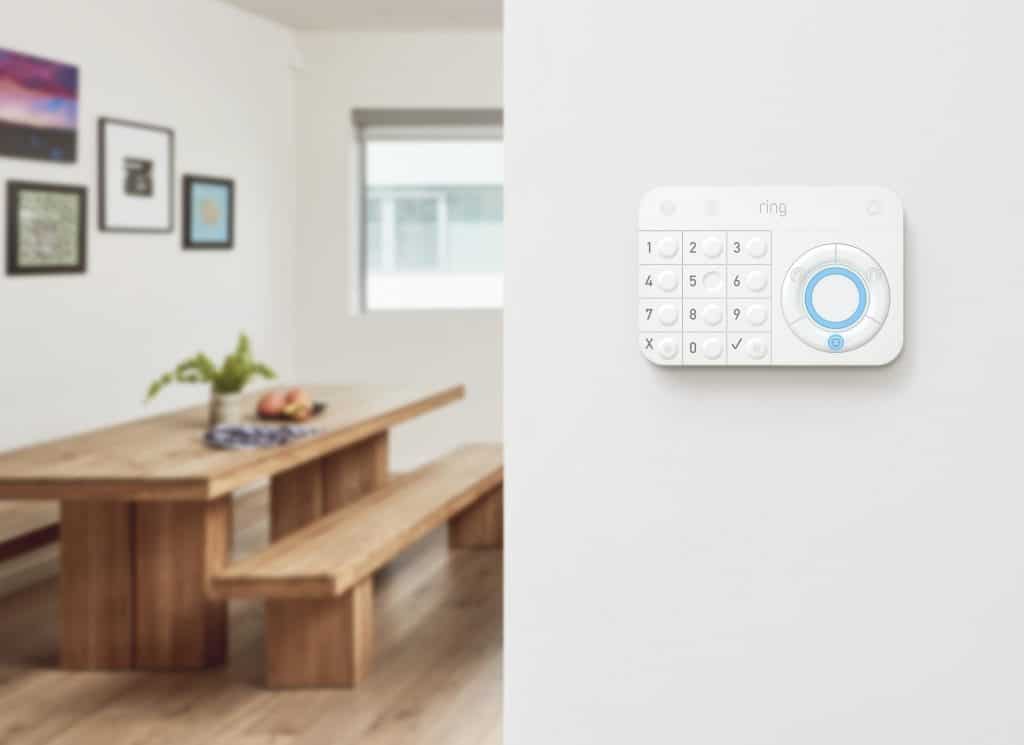 Ring has a few plans you can subscribe to if you want additional options with your Ring Protect security system. With the Basic plan, you’ll receive 60 days or cloud storage, as well as video review capabilities and video sharing.

Protect Plus, the next plan offered by Ring, provides unlimited cloud space for your security cameras, which helps add another layer of coverage alongside your Ring Protect. This subscription plan also gives you cellular backup, along with a 24-hour monitoring service called Ring Response.

We previously talked about Ring’s mobile application and how it will let you manage your security cameras. It will also allow you to manage any other devices you add as well, like doorbells and sensors. Just like the Wink system, you can arm and disarm the Protect system through the mobile app as well.

Cameras offered by Ring work with Zigbee, Z-Wave, Echo Show and Spot, IFTTT, Wink, and SmartThings. Working and integrating these technologies not only means you have a broad range of devices which can be added but that you’re adding an additional layer of protection for your home.

Like the Wink, the Ring Protect smart security system isn’t going to knock your socks off with a bunch of fancy bells and whistles. What it will do is provide a reliable, robust, and secure system that is affordable. You can build on to the system as needed, so you aren’t making a huge investment each time you need additional hardware.

Because of the number of protocols Ring Protect supports, you’ll have no shortage of devices you can add to your system. You can also add monthly monitoring subscriptions if you choose to go that route, some of which offer cloud storage, cellular backup, and professional monitoring. At the end of the day, the Ring Protect security system may not be the most advanced system available, but you’ll get what you need to protect your home at a price you can afford. 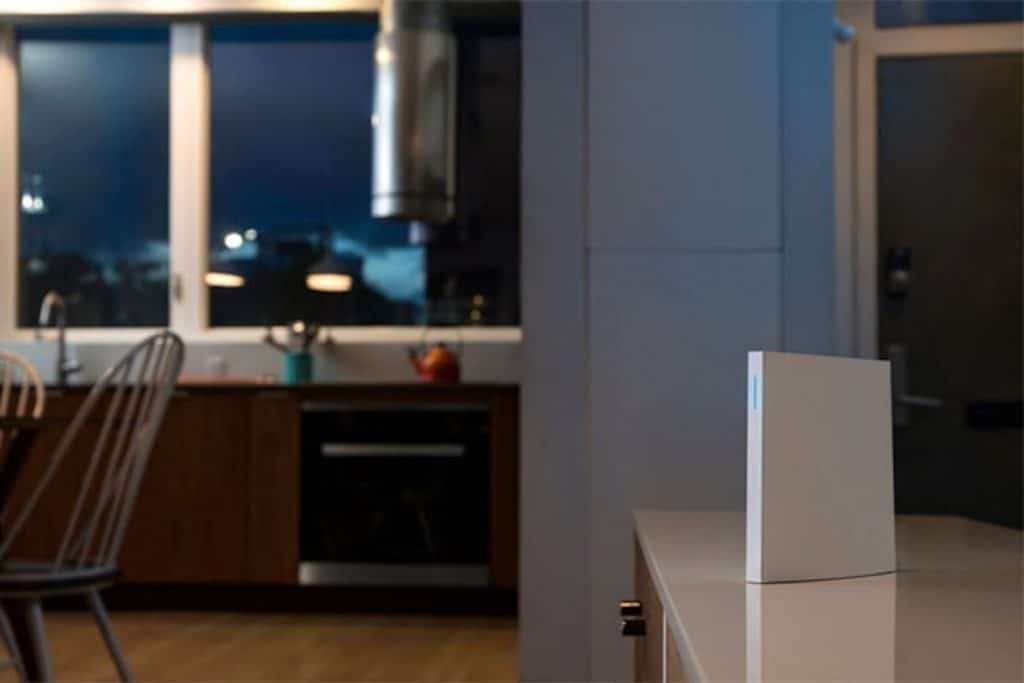 Now that we’ve taken a more in-depth look at the Wink Lookout and Ring Protect home security systems let’s take a high-level view of how they stack up next to one another.

As you can see, both the Wink Lookout and the Ring Protect offer robust, reliable do-it-yourself smart home security systems. Neither is going to impress you since they don’t offer top of the line features and functionality, but they do provide an easy to install system that anyone can use.

Both systems offer plenty of hardware out of the box, and both integrate easily with additional devices if that’s what you need to protect your home. If you’re in the market for a smart home security system, and you prefer to do the installation and monitoring yourself, you can’t go wrong with either the Wink Lookout or the Ring Protect.