Wyze Labs is based in Seattle Washington. The company manufactures top quality smart home products that sell at reasonable prices. The company wants to make high technology accessible to all. They released the Wyze Cam in October 2017.

The Wyze Cam is a cube-shaped camera with an adjustable stand. It measures 2.20 x 1.97 x 1.97 inches and weighs 3.53 ounces. These dimensions make it easier for you to place the camera anywhere you like, just as long as it is close to a power source.

The camera also has a three-axis design that allows you to point it at whatever direction you want.

The Wyze Cam delivers a resolution of 1,920 x 1,080 pixels. It uses an F2.0 aperture lens with a focal length of 2.8 millimeters. This means that the lens has a wide aperture that lets more light in. The Wyze Cam has a field of view of 110 degrees.

It also uses 1/2.9 inches CMOS, which allows it to work rather well even in low light conditions. The camera also has night vision capabilities, with four infrared LEDs giving off 850 nm. It can illuminate objects that are within 29.6 feet in front of it.

What are the other features you can expect from the Wyze Cam?

The Wyze Cam can send you a notification when it detects movements near it. It can also alert you when it hears your smoke alarms go off.

You can pop a microSD card into your Wyze Cam and get up to 32 gigabytes of local storage. Or you can just avail of the free 14 days of cloud storage the company offers. 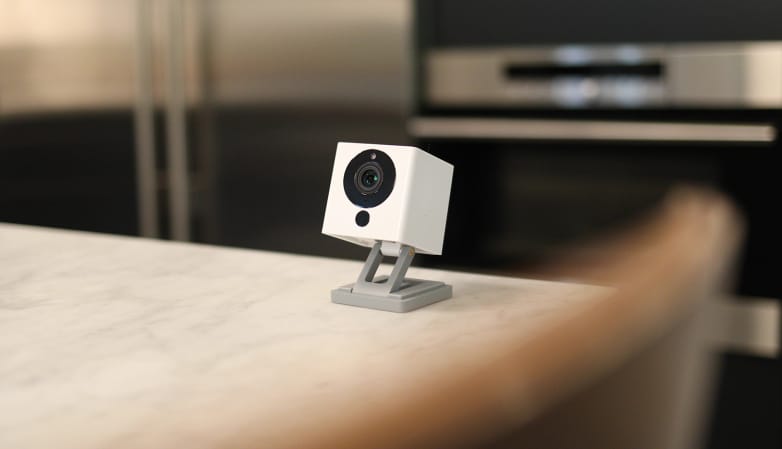 The Wyze Cam also works with Amazon Alexa, You can now use voice commands to see what your camera is seeing.

The Wyze Cam has a built-in microphone and speaker, allowing you to have a conversation with anybody who is near the camera. The Wyze Cam also offers top-notch security with end-to-end AES 128-bit encryption. Further, if you pop a microSD card, you can set the camera to record continuously.

The Wyze Cam security camera gets an average rating of 4.1 stars out of 5.0 on Amazon Verified buyers love the camera for the top-notch specs and features while keeping the price very low. They also like how easy it is to set up. You just install the companion app to your phone, and the camera is pretty much plug-and-play. The camera also delivers excellent image quality with high frame rates. They also praise the microphone and camera, as well as the magnetic base.

However, some people complain that the recorded motion and sound activated alerts are too short to be useful. There are also people who warn others that the cameras often get disconnected and that you would need to do a power cycle to have them connected again. 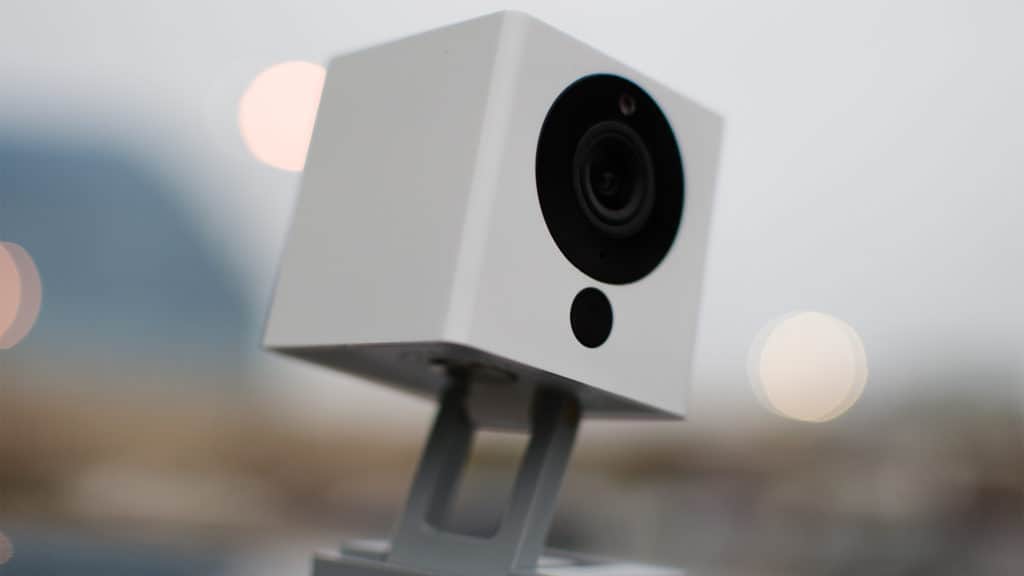 With an impressive array of features, you would think that the Wyze Cam is worth a decent price. Add to that the fact that it offers impressive specs, compatibility with Alexa and IFTTT recipes, and free cloud storage. However, you can get all of these for a lot less amount!

This security camera is also available on Amazon (Check out the latest rates here!).

The Amazon Cloud Cam gives you 1080 pixels of video feeds, allowing you to keep an eye on things when you are away. You can view a live stream of your camera or watch the motion activated recordings. You can also get notified if the camera detects movements.

The Amazon Cloud Cam also has night vision, allowing it to see in the dark. It also has two-way audio so you can use it like you would use an intercom.

A purchase of the Amazon Cloud Cam also gives you a free trial of the Cloud Cam Plans. The 30-day trial unlocks the more advanced features of the camera.

The Amazon Cloud Cam works with Amazon Alexa, allowing you to see a live feed or watch a recorded video using voice commands. This indoor security camera also has a frame rate of 30 frames per second, allowing you to get fluid videos, and a LED indicator light. 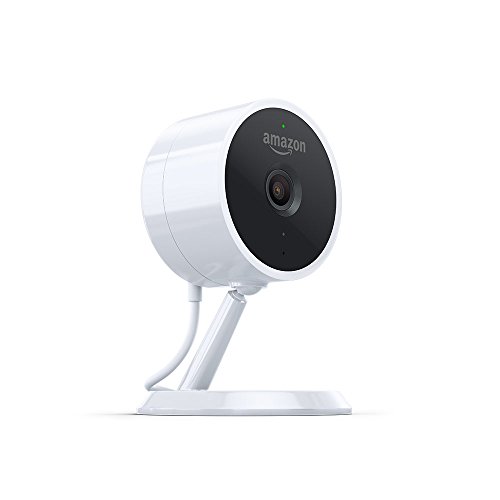 Design of the Amazon Cloud Cam

Ratings and Reviews of the Amazon Cloud Cam

The Amazon Cloud Cam has an average rating of 4.1 stars out of 5.0, with close to 3,900 customers leaving their opinions. People love how easy it is to set up and use this camera that even non-techies can do it. Others love how well-made it looks.

However, there are complaints about the camera having poor night vision and about its lack of local storage options. Others complain about having no way to schedule the camera so that it does not record when you are home. Meanwhile, there are also reviewers who warn potential buyers that the updates can sometimes screw up the camera’s functionality.

The Amazon Cloud Cam has some pretty neat features, such as its ability to set up different zones and to detect a person’s face. It also has enough storage for up to 30 days of recorded videos. However, you would need to pay for the Amazon Cloud Cam Plans to do that.

The Amazon Cloud Cam Plans give you storage for your videos, allowing for multiple cameras in one account. It also unlocks the more advanced features of your security camera. You would like the fact that there is a free plan you can avail if you do not want to have to worry about recurring payments.

The free plan gives you 24 hours of cloud storage for up to three cameras. Even when you pay nothing, you can still get notified when the camera detects activity. You can also share or download your video feeds.

The paid plans give you more storage and allowance for more cameras. It also unlocks the person-detect feature, which only notifies you when the camera sees an actual person. The camera will never bother you when your dog comes into view.

Moreover, with any of the paid plans, you will be able to set up the detection zones so that your camera can focus on spots that really matter. This feature is handy in such cases when you want to protect something in a room. For instance, in a crowded store, you might want to limit the detection zone to the cash register, or areas where you keep the money.

Pricing for the Amazon Cloud Cam

The Amazon Cloud Cam is available on Amazon (Check out the latest rates here!).

Amazon is a known name, and they have recently introduced self-branded products. How does its Cloud Cam compare to the Wyze Cam?

For the most part, every feature that is offered by Amazon is also offered by Wyze. For instance, the cloud storage, night vision capabilities, and the motion detection capabilities are found in both cameras. Both also deliver 1080 pixels videos with frame rates of 30 frames per second. These cameras are also for indoor use only; you cannot put them outside or somewhere where they will be exposed to the elements.

Also, both cameras come in white. However, Wyze Labs is also offering a black Wyze Cam for those who are interested. But you have to hurry because it is only available for a limited time.

To make it easier for you to choose between the Wyze Cam and the Amazon Cloud Cam, here is a table that lists down their various features.

Final Recommendations: Which One Should You Buy?

Both the Amazon Cloud Cam and the Wyze Cam deliver roughly the same set of features and both work rather well. What’s more, both are well-received by verified buyers. Choosing one over the other might be a little difficult to do if these cameras are sold for the same price.