There’s a whole category of stalk or fixed based cameras on the security system market, but smart homeowners are always after more.

People want multiple cameras, they want the ability to focus on different places or only react to activity through motion alert. Some cameras offer some features, other systems rely on a cluster of cameras.

Enter the Zmodo Pivot that can sense what’s going on around your room and then focus in on any action. That means you could get away with using the one smart device camera to monitor a small property.

Key Features of the Zmodo Pivot

The Pivot camera is camera system (As of this writing – check here for latest pricing ) that ticks most of the typical smart home boxes.

For a start, there is more than just a camera in the kit. It comes with a pair of Zmodo door or window sensors to increase its utility. Then there’s the housing of the Zmodo Pivot camera itself is pretty special.

Plenty of Onboard Capacity

The Pivot’s case is a stocky 75 mm round and 135 mm high. Inside the mounting is 135-degree wide angle 1080p camera that comes with 16GB of internal storage, so there’s no need to rely on the cloud or pay for a subscription to see what goes on in your own home. So far, so normal, all powered by a standard micro USB adapter.

But, rather like the 360-degree microphones in an Amazon Echo, the Pivot security system has a 360-degree microwave sensor that can detect disturbances around the round. Place the Echo smart device somewhere central and the camera unit can tilt around to focus on the activity and provide you with a smartphone alert.

That’s a pretty neat trick, and since the Pivot will also alert you to opening doors or windows, that’s a lot of home security for not much buck. If they are in the same room, then it will focus on that area, with up to four-times digital zoom, so you can see what’s happening. At night, infra-red LEDs kick in to provide night vision up to 32 feet away from the camera.

As a bonus, the sensor can also read temperature and humidity to act as an environmental monitor, and there’s the speaker so you can talk to your pets or whoever happens to be at home. If it is someone you don’t want on the premises then you can call the police and tell them reinforcements are on the way. 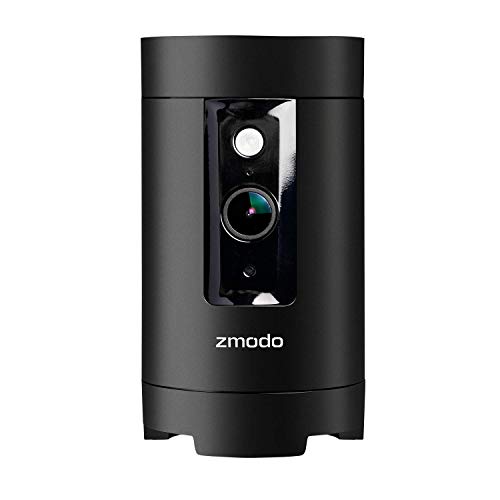 Pros of the Zmodo Pivot

The Pivot is an easy unit to set up, all it needs is an account, access to your WiFi and connection to the iOS or Android app. That only takes a minute or two, and you can then go about taking control of your home security.

The apps, for iOS 7 or Android 4 or above devices, are regularly updated for bug fixes and improvements.

The camera’s software is designed to focus on new or unusual activity, so once it has seen the dog or cat traipse around the room a few times, it should ignore them. However, as with all these systems, there’s no guarantee of the odd false alarm.

The connection is encrypted with AES 256-bit encryption and Transport Layer Security for extra security, so on one should be able to monitor what the camera sees. That’s all in the background, as the real star of the show is watching the Pivot spin around to see what’s happening when it detects some motion Notifications will alert users when you’re out of the home.

The best news is this product was expensive on launch and is widely available for a lot less (check this listing for the latest prices), making it quite the bargain in the smart home security stakes. This compares attractively to others like the Nest Cam and Canary Cam.

Finally, if you do need cloud storage for clips, a recent update to the Zmodo app and service enabled this feature, plus the ability to create and share clips if it catches something funny happening.

With the speaker also able to play your music, although nowhere near as good as an Amazon Echo or dedicated speaker, and with the environmental sensors, there is a lot that the Pivot can do, making it a compelling purchase.

Cons of the Zmodo Pivot

False Detection May be an Issue

As with many other devices of this type, the number of false detection’s will vary with the type of room and environment you place it in. That’s really outside the device’s remit, but the software does appear to try hard to limit repeated false alerts.

However, the software isn’t brilliant with repeated connectivity issues and reports from users, while the app itself does seem prone to crashing, which may be linked to the connectivity problems.

Buyers should also note that the Pivot won’t actually track a person moving around the room, although you can manually control where the camera is pointing.

Another issue is that the 16GB is part of the unit and not an SD card, so you can’t remove it to save the footage elsewhere, or replace it with a bigger card to cover longer periods of time. That may be the company trying to nudge people to cloud storage but seems like something of an oversight.

Answer: Yes, the Zmodo Pivot is an excellent DIY smart monitoring system, that offers quality monitoring of your home, and on the plus side, the monthly subscriptions don’t come costly at all, considering the monitoring options they provide.

Answer: Zmodo’s refund policy requires the items received to be delivered in a certain way, and after they pass inspection, you will be fully refunded. If the product has been damaged in any way, the company will not provide a refund, and you might get a restocking fee of up to 15%.

Question: Does Zmodo work without WiFi?

Answer: Unfortunately no. In order to be two-way streaming, you need to connect your Zmodo device to the Wi-Fi, and the connection should be stable enough, otherwise, the smart monitor cannot function properly.

Final Word on the Zmodo Pivot

Those few points aside, which we can level at most smart home security cameras, the Pivot is a well-built piece of kit that performs well in operation, and it does an awful lot for your money. The door sensors alone plus a hub would cost that much on their own!

With the price cut seemingly widespread, we do wonder if a second generation model is on the way, but at the current price, buying one or more, which you can run from the same app, seems like incredible value. 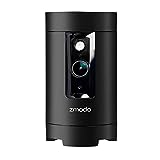 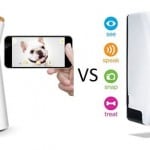 Furbo vs Petzi Treat Cam – Which is Better for Fido? 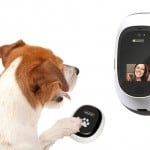 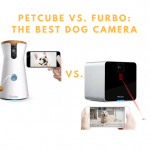