In November 2014, Rachel Metz at the MIT Technology Review (link to website) wrote about the K5 security robot designed by Knightscope.  This robot detects anomalous behaviors and reports these to a security center far away.

The robotic equivalent of a human security guard, is equipped with sensors, cameras, navigation equipment and electric motors.  Frankly, it sounds like the Roomba vacuum cleaner, only that instead of cleaning up your place, it keeps you safe. 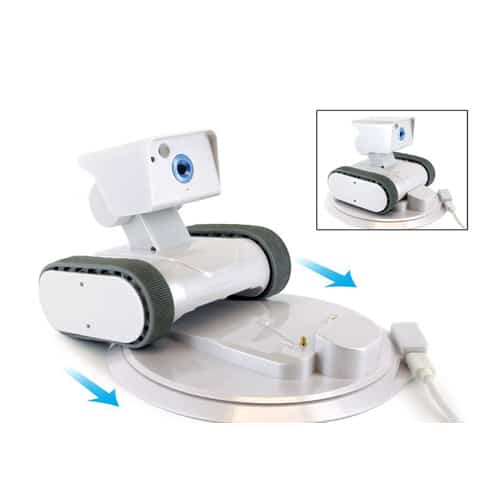 What is the Appbot Link and how does it work?

Appbot Link is a robot that you can control through the Internet.  The robot connects to your Wi-Fi network so that you could control it using a mobile app.  It comes from South Korean company Varram System Co. Ltd.

When it is docked, it functions like a traditional PTZ security camera because the charging station rotates, allowing you to still see the room even when the robot is charging.  In fact, while on the dock, you can get a 360-degree view of the room it’s in.

While viewing a room remotely through the mobile app, you can take still photos or record a video.  These will be viewable on your smartphone.  The Appbot Link comes with LED night lights, helping you see things even in the dark.  The white LED lights provide enough illumination for you to have a clear photo or video even in low light conditions. 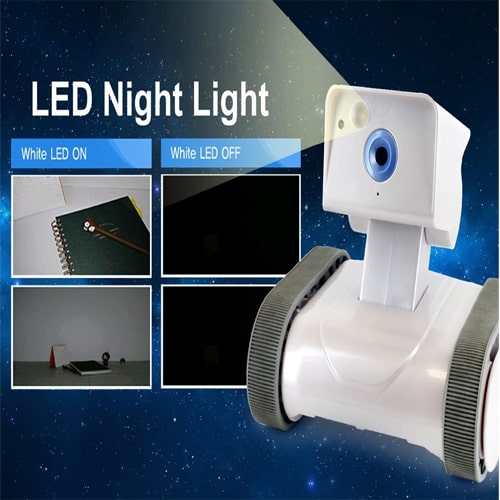 Dimensions.  The Appbot Link measures 88 millimeters long by 108 millimeters wide and × 90 millimeters high.  The camera can pan up and down up to 120 degrees.  This means that you could view at ground level up.  However, it might not be able to go under furniture with low clearance.

Features.  You can use the Appbot Link as a two-way communication device as it can both send and receive audio.  This is just perfect when you are using the device to check or monitor your toddler or baby, and if you want to see whether your little one is doing something dangerous in another room.  You can also use the Appbot to talk to your pet while you’re away from home.

The Appbot Link can also recharge itself automatically, or send you an alert telling you that its battery is running low.  When it does, all you have to do is to point it to the charging station using the smartphone app and it will dock itself to replenish its batteries.

Another good thing about the robotic camera is that it can right itself when it tips over or falls downs.  Using the mobile app, you only need to press one button on the app interface and the Appbot Link will “stand up”.

It also has motion detectors.  When it senses movement inside the room that is supposed to be empty, it will send you an alert so that you could check on your room.  It is also equipped with face recognition that allows it to follow a person around as soon as it detects his or her face.

What’s in the box? The Appbot Link package comes with the:

The AppBot LINK2 mobile app is available for Android and iOS devices. 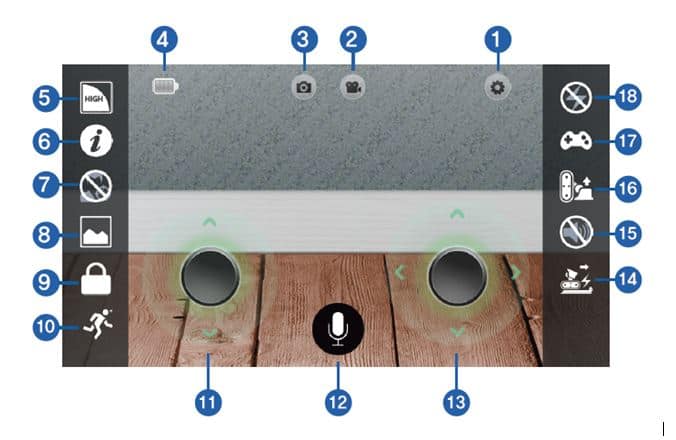 The main screen shows you what the robot is seeing, thanks to two big overlaid transparent controls: the left control tilts the camera up or down, while the right control pans it left to right (#11 and #13 on the diagram above).  Across the top of the main screen, you have four smaller icons.

One shows the AppBot Link’s battery charge level (#4), two buttons at the middle allows you to capture a photo (#3) or to record video (#2), and the fourth icon is for toggling the settings windows open or close (#1).

Pressing the settings icon would bring up more features, which helps you control and operate your AppBot Link.  Two columns of additional icons would appear.

What could have made it better 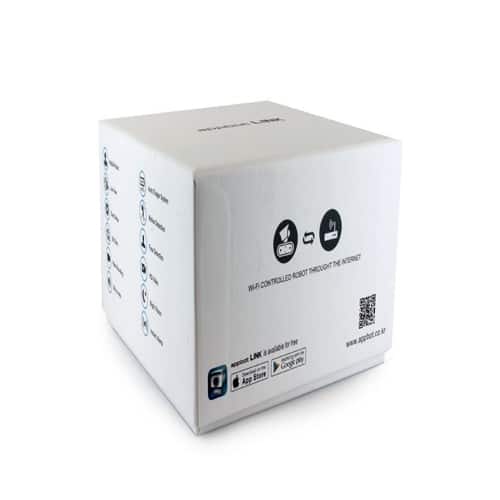 The Final Verdict on the AppBot Link 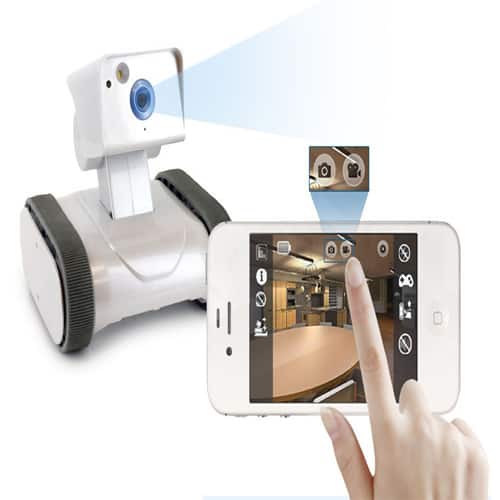 The Appbot Link positions itself as a CCTV camera, a nanny cam, pet monitor and a silver camera.  But it also bills itself as a toy, which frankly does not really sit well for customers who are looking to use it to help secure their homes.

You could probably use it together with traditional security cameras, adding a new level of security and helps you cover your entire room.  As it is, an intruder could easily pick it up and disable it before you could check and take a photo.  It is also cute that kids might think of it as a toy.

Nevertheless, the Appbot Link delivers on its promises.  Compared to its competitors such as the Rover Revolution App-Controlled Wireless Spy Vehicle, the Appbot Link has better specifications.

Even the price tag of the WowWee Rovio Robotic Webcam fails to eclipse the features and functionality of the Appbot Link.

There might be issues with the image and video quality, and some operational hitches such as the robot failing to stand up after falling over, but overall the robot does its job quite well.

Considering that it’s low price, you can’t go wrong with getting the Appbot Link as long as you are aware of its limitations. Be sure to check this listing for the latest pricing.