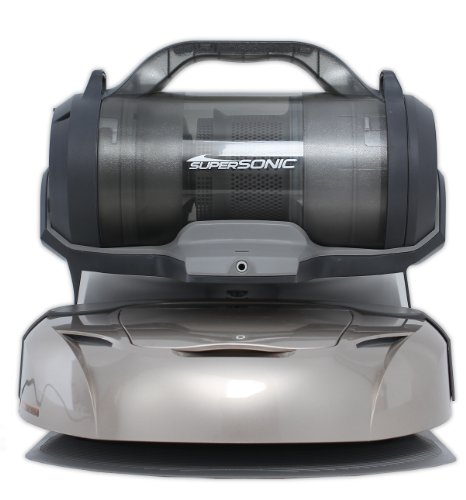 Ecovacs Deebot D77 isn’t only an automated robotic vacuum cleaner, it also comes with a handheld supersonic cannister, allowing you vacuum hard to get surfaces whilst the Deebot D77 works it’s magic. Essentially the Deebot D77 allows you to vacuum, whilst it vacuums. Makes sense, right?

The Deebot D77 doesn’t only coerce you into joining the vacuuming party either, it also empties it’s own dustbin automatically, and cleans until it runs out of battery. You read that right, the obsessive-compulsive Deebot D77 vacuums until it’s completely out of charge.

Unlike similar robotic vacuum cleaners, like the Roomba 880, who return to their charging docks when they’re running low on battery.

If you do notice the Deebot looking a little tired, you can sympathetically send the Deebot D77 back to it’s docking station by pressing the “Home” button on the Deebot D77’s remote, otherwise you may end up with a completely flat Deebot wedged under a dining room chair at the end of the day.

Running out of battery and leaving your living room floor covered in dust might not be the least of your worries either. Unlike other robotic vacuums, think Roomba 880, the Deebot D77 simply doesn’t have the same smart-sensory mapping technology as it’s competitors.

When placed into a room, the Deebot D77 doesn’t have the capability to map out boundaries like walls, furniture or other obstacles that might obstruct its path – so be mindful if your worried about paint being chipped off the bottom of your walls or pieces of furniture being nudged.

A Closer Look at the Deebot D77

Key Features of the Deebot D77

It doesn’t all come bad with the Deebot D77, the Deebot is fitted with a self emptying canister, comes with a handheld vacuum addition (which attaches to the canister) two heavy duty dirt spinners, is fitted with 3 cleaning modes and is known to be slightly quieter than other robotic vacuums.

Pros of the Deebot D77

Drawbacks of the Deebot D77

With a multitude of robotic vacuums on the market, leading companies like iRobot, Neato, Samsung and LG are taking charge of the space, there’s a lot of competition for Ecovacs Deebot D77 out there and it appears to pale in comparison to robotic vacuums in its price range.

With the Deebot D77’s low-grade technology, hefty price tag and limited automation, I wouldn’t recommend the Deebot D77 as your next home robotic purchase.

The home robotics industry is powering along, with increasingly powerful and efficient technology becoming available to millions of people across the globe who don’t like vacuuming. I’ve got a couple of great robotic vacuum cleaner alternatives that I’d recommend in place of the Deebot D77:

Despite the fact that I wouldn’t recommend the Deebot D77 when you are comparing price and technology to it’s competitors, the Deebot D77 may be suitable if you have a deep wallet, a relatively small home with limited obstacles and you like the idea of a three dimensional vacuuming experience.

If that’s the case, then the Deebot D77 may be the perfect robotic vacuum for you.

Have you had experience with the Deebot D77, what are your thoughts on Ecovacs 3D vacuuming system? Let me know in the comments!

Roomba e5 vs. Botvac D5 – Which is a Better Robotic Vacuum? 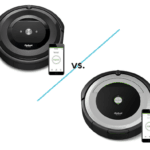 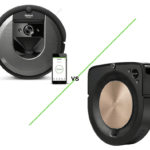