The DJI Lightbridge represents the future of first person view (FPV) flying by allowing drone pilots to see what the aircraft sees in stunning 1080p digital video. Improvements to camera technology have allowed drone flight videos to approach the quality of professional cinematography.

Unfortunately, the challenge faced by all drone pilots has been an inability to see what the drone sees in real-time.

Many FPV configurations rely on antiquated analog video feeds that produce low resolution video full of interference and limited in transmission range. It can be extremely difficult to fly a drone when forced to rely on such low quality video for piloting.

With the introduction of the Lightbridge, DJI has made it possible for drone pilots to experience full 1080p 30fps video streaming in real time and at distances that far exceed analog video streaming technologies currently available.

Overview of the Lightbridge 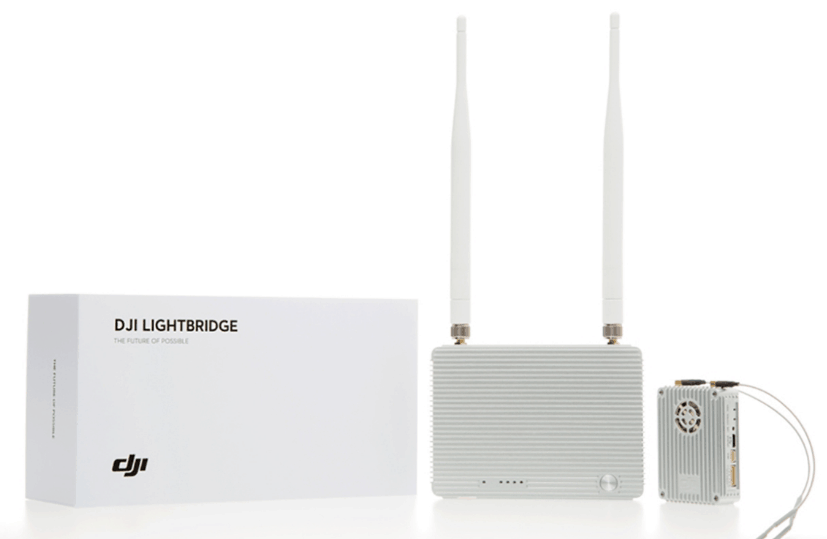 In addition to streaming HD video back to the pilot, the DJI Lightbridge is capable of handling the control link while providing live flight data including:

The ground unit of the Lightbridge includes a built-in battery that operates for many hours on a single charge. It also includes a USB port capable of charging a smartphone or tablet and the unit can be powered by an external power supply.

The highlight of the DJI Lightbridge, however, is its ability to stream HD video directly to a smartphone, tablet, or any other HDMI compatible device at distances of up to 3.1 miles (using the optional 14db antenna).

The DJI Lightbridge provides drone pilots with both HDMI and USB outputs, dual remote inputs for both the drone and the gimbal, full HD FPV flying capability, master-slave mode, and encrypted 2.4 GHz signals for improved security during flight.

Lightbridge is compatible with an assortment of devices. For aerial photos and videos, Lightbridge works seamlessly with:

In FPV mode, the Lightbridge is compatible with:

The unique Master-Slave mode offered by the Lightbridge allows one system to both control signals and receive video while another slave system only receives video.

Essentially, this means that one drone can send a signal to multiple ground control systems while simultaneously transmitting video to multiple screens. As many as 8 downlinks can be used at the same time without any interference (assuming there is adequate distance between each station). 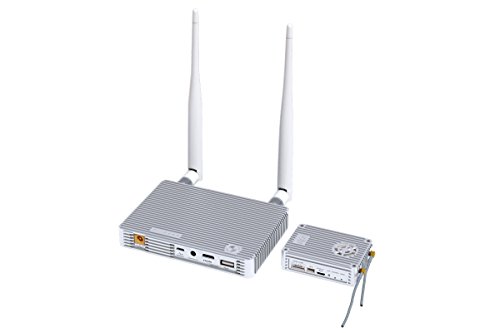 The ground unit includes a control port (connects to RC transmitter to extend range), a USB upgrade port, HDMI output, and another USB port for connecting to a mobile device.

The Lightbridge transmitter features an aluminum alloy case with both internal and external shielding to prevent interference.

Combined with 2.4 GHz wireless technology, the shielding is what allows the unit to transmit continuous HD video. Supporting both PAL25 and NTSC30 AV formats, the DJI Lightbridge can be used anywhere in the world. 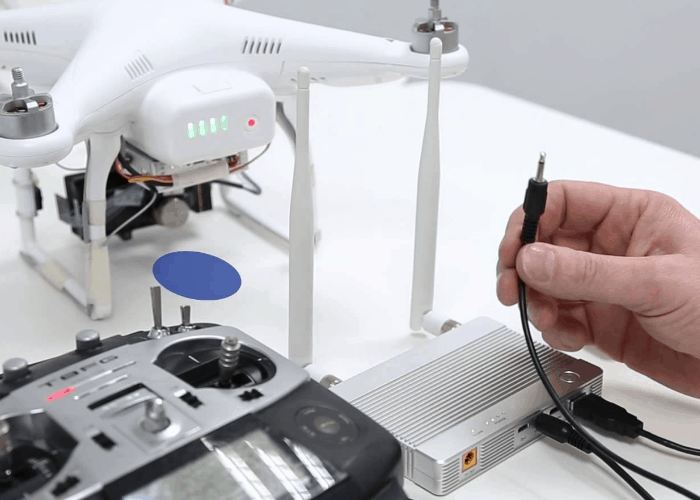 The battery included with the ground unit is rated at 4,000 mAh and provides up to 4.5 hours of use on a single charge and recharging only takes approximately 1 ½ hours. By carrying a spare battery, an operator can expect to get an entire day’s worth of usage from the battery system.

Out of the box, the usable range of the device is just over one mile using the included 5db antenna. An optional 14db antenna is also available that increases the range of the Lightbridge system to an impressive 3.1 miles.

By coupling the ground unit with the pilot’s radio control equipment, the range of compatible drones can be increased to this same distance while still enjoying the benefits of a real-time HD FPV.

One concern that many drone pilots share is security. DJI has addressed this issue in Lightbridge by including the option to encrypt transmissions for improved security.

Only authorized devices can receive data from the system when encryption has been enabled. The encryption feature can be turned off and on easily from within the Lightbridge iOS or Android app.

The Lightbridge app provides a ton of useful information to pilots while flying Lightbridge-equipped drones including flight mode, battery status of both the drone and the Lightbridge ground unit, signal strength, altitude, lateral distance, horizontal speed, and vertical speed.

This software/hardware combination is so powerful that a modified version of Lightbridge has been included in DJI’s newest flagship drone, the DJI Inspire 1.

Although the range of the Inspire 1 is limited to just over one mile using the integrated 5db antenna, the all-in-one design of the Lightbridge-equipped Inspire 1 is another option for pilots looking to enjoy the benefits of Lightbridge technology without upgrading existing aircraft. 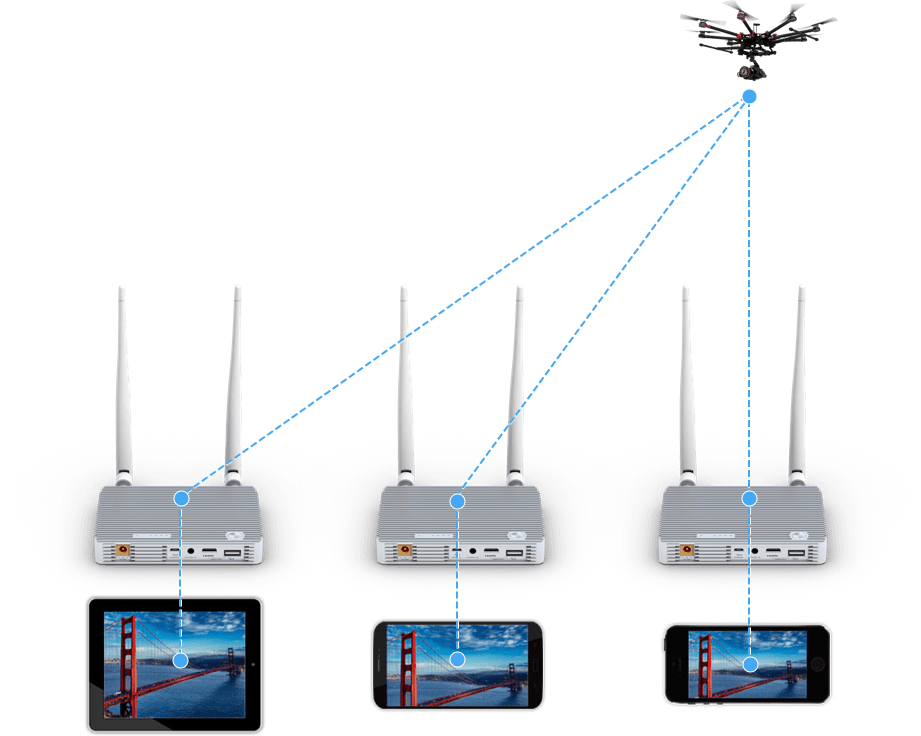 The DJI Lightbridge is the next great technological advancement in FPV. Pilots are no longer forced to rely on interference-prone analog signals and low resolution video feeds when piloting drones.

The improved security and reliability of the 2.4 GHz transmission technology ensures the integrity of the flight control and camera systems even when flying miles from the ground station while providing an interference-free flying experience.

Despite its relatively high price tag, the DJI Lightbridge is a serious piece of equipment that can improve the overall quality of any in-flight recordings by providing the pilot with a real-time view in full 1080p HD streaming video.

Whether a pilot chooses to outfit an existing drone with the Lightbridge system or opts to purchase a DJI Inspire 1 (see my review here) with integrated Lightbridge technology, DJI is once again reshaping the drone marketplace with this advanced system.

When used with compatible equipment, there simply isn’t a better option than Lightbridge for controlling any flying camera setup.