It was just over one year ago that DJI, one of the most well-known brands in the consumer drone industry, released the Phantom 2 Vision+.

With built-in cameras and docile manners in the sky, the Vision series brought quasi-professional drone technology to the masses and DJI hasn’t looked back since. We “took a look” at the Phantom 2 Vision+ in this review here, previously.

DJI recently released its latest product, the Phantom 3. Available in two versions (Professional and Advanced), the Phantom 3 line was designed to replace the Vision series of DJI quadcopters while bringing new features and improvements to existing technology to the table.

By and large, DJI has succeeded in this goal as the Phantom 3 is one of few flying cameras that is able to transcend the boundary between toy (or hobby-grade) and professional aerial videography equipment.

In other words, while the Phantom 3 offers enough features to keep hardcore aerial photographers happy, it is easy enough to fly that even a novice drone pilot can get behind the sticks and experience a successful flight.

Overview of the Phantom 3

Phantom 3 is offered at a price point that also transcends boundaries. It’s definitely more expensive than many of the consumer-grade drones offered by competitors such as Parrot but not so expensive that anyone serious about purchasing a high-quality quadcopter will be pushed away.

New Design: When looking at the outside of the Phantom 3, it’s difficult to discern it from the Phantom 1. Apparently, DJI feels that the overall design of the quadcopter is solid and doesn’t need to be changed.

In a way, this is fine because the quadcopter does perform exceptionally well in the air but at the same time, some might argue that DJI would have been better off taking some design cues from its flagship drone, the DJI Inspire 1 (see a review of it here)

Some of the improvements that have been included in the new design include a new motor tilt mechanism that provides much better inflight stability, smart braking, and an entirely new flight control unit.

The landing gear has been widened to keep it out of the camera’s view and an extra compartment has been added to house a new downward facing sensor used when flying the Phantom 3 indoors.

One thing that owners of previous Phantom models should take note of is that the batteries are not interchangeable between the Phantom 3 and previous models. Although the batteries look almost identical, older Phantom batteries will not fit.

New Controller: The controller for the Phantom 3 has been given a complete overhaul. It is smaller and seems to fit in the hands less awkwardly, has additional button controls, and has an internal rechargeable battery (previous versions used disposable AA batteries).

An LED power indicator lets the pilot know how much juice the controller the new remote even has a USB connection for your smartphone or tablet.

This connection allows the Phantom 3 to stream a real-time video feed from the camera directly to the controller using DJI’s patented Lightbridge technology. The Vision series relied on a WiFi connection between the phone and the remote control.

Although this system works fine, it means charging and maintaining an additional piece of equipment and there were times when the WiFi connection would cut in and out.

By the way, the Lightbridge system as a standalone accessory costs $1,399 from DJI so the fact that it comes as a standard feature in the Phantom 3 is definitely a nice touch.

More Camera Control: Another improvement to the controller is the addition of hardware buttons to control the camera. Previously, control of the camera was limited to the mobile app which usually meant taking your eyes off the drone to manipulate the camera.

These additional buttons make changing the camera angle, starting and stopping recording, and taking photos much more intuitive during flight.

Even though these improvements mean that the pilot doesn’t need to spend so much time using the mobile app during flight, it’s worth pointing out that the app, called DJI Pilot, offers pilots lots of additional functionality.

DJI Pilot is the same app used by the DJI Inspire 1 and it represents a significant improvement over the app used to control the Phantom 1 and Phantom 2 series quadcopters.

Like the other Phantom quadcopters before it, the Phantom 3 is a dream to fly. It’s a relatively heavy drone, allowing it to fly reliably even in windy conditions where other drones would be grounded.

Even though DJI started out solely as a drone manufacturer, the company has moved into the camera industry as well. Gimbal systems, stabilizers, and other accessories are now part of the DJI product line in addition to their venerable quadcopters.

This is worth mentioning because the improvements to the camera system on the Phantom 3 are so profound that it often makes flying the drone secondary to capturing amazing footage.

DJI did an excellent job of fixing almost all of the problems that plagued the Phantom 2 Vision+ camera system including moving the landing gear out of the way, reducing the camera’s field of view from 140° to 94°, and all but the eliminating the fisheye distortion of the lens.

The only gripe that remains in regards to the camera system is that when flying forward, the propellers often wind up in the shot – a problem which is certainly more difficult to correct from a design and manufacturing standpoint.

Hopefully this issue is addressed in a later iteration of the Phantom product line but nonetheless, the improvements to the camera system are impressive.

One of the benefits of choosing a DJI Phantom 3 as your next flying camera setup is that the all-in-one design works seamlessly out of the box. The camera, 3-axis gimbal, and Lightbridge radio link all perform as intended without any tinkering required by the pilot.

The long flight range and impressive flight times (approximately 20 minutes per charge) are unique within the consumer drone marketplace and help to set the Phantom 3 apart from other drones with a similar price point.

At first glance, the Phantom 3 may not seem like a massive improvement over its predecessor, the Phantom 2 Vision+ but the truth is that DJI went to great lengths to fix some of the things that weren’t quite right with the last release.

That said, there are some features that were expected with DJI’s newest product that are not available at this time. New autopilot features are noticeably missing although DJI states that they are diligently working to include those features in a future firmware upgrade.

Also, a lifting propeller/landing gear assembly similar to that on the Inspire 1 would completely eliminate landing gear and propellers showing up in the frame.

The thing to remember about the DJI Phantom 3 is that it is designed for simplicity. Even though it is packed full of high-end features geared toward professional videographers, the quadcopter can just as easily be picked up and flown by a novice.

Perhaps DJI felt that too many radical changes might alter the drone’s ability to perform both roles well or maybe they just need to work out a few more software bugs.

Either way, you simply cannot go wrong by choosing the Phantom 3 as your next piece of aerial photography equipment.

It’s easy to fly, affordable (considering how many features are included), and takes stunning video that is rivaled by very few, if any, flying camera systems that are ready to go out of the box. You can check it out here or see below for live pricing information. 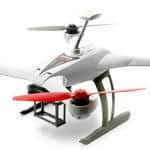 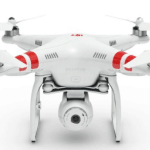 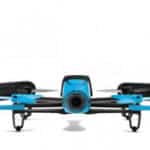