If you have kids who like electronics, or if you want to introduce your children to STEM activities, getting them an electronics kit is a good idea. The good news is that there are now a lot of different products that allow kids to experiment and learn electronics safely.

With these products, your kids do not have to get electrical shocks, nor do they have to get burned from using soldering irons. These products are not just great for children, but for adults, too.

Arduino and Elegoo are two competing brands that you can check out.

Bottom Line Up Front: While Arduino was the first to market, the more complete tutorials and well thought out starter kits for Elegoo available here make it my top pick in this match-up. 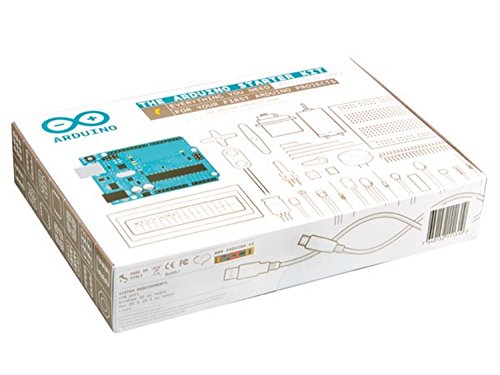 Arduino is led by a group of engineers. The company was founded as a research project by five Interaction Design Institute of Ivrea students. Their aim was to take students who had no prior experience in microcontrollers or electronics and to let them learn it the easy way. Over the years, Arduino offered kids, teens, and even adults a chance to get into electronics and coding. They also made integrated drive electronics or IDE open source, thus also making it available for other companies to use.

When Arduino became popular with kids and teens, other companies saw the opportunity and made counterfeit Arduino kits. But because the IDE itself is open source, some companies started buying their own microcontrollers and other parts, painted their brand name on these, and started selling their own Arduino kits.

Elegoo is one of those companies that sold branded Arduino kits.

How does one compare to the other?

The easiest way to start building with Arduino is by buying their starter kits. Depending on what you choose, you can get all the parts you need in order to complete different projects. For instance, the Arduino Starter Kit has around 200 components that will allow you to finish more than a dozen projects.

What are the starter kits available?

For beginners, there is the Arduino Starter Kit that allows you to get all the parts and the instructions for 15 easy projects. If the included projects are not enough, you can also find more projects online. Arduino has a robust community of creators and programmers that share their own projects. You can easily search for projects that use whatever components you already have.

With the Arduino Starter Kit, you can create a spaceship control panel, a color mixing lamp, a mood cue, a keyboard, a crystal ball, and a device that will turn your door into a high-tech one that you can open with just a secret knock. You can also just buy more components in order to create more projects.

The additional components allow you to use the starter kit to make an Internet of Things project, complete with sensors and a Wi-Fi shield. Or you can get started on home automation projects that interact with the user, on robotics, on remote monitoring, on music, and even on wearables.

Note: You can check out our round-up of the top Arduino kits beyond the standard starter kit. 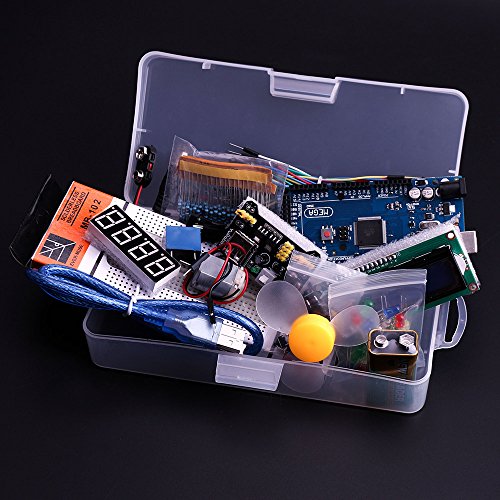 The Chinese company has several starter kits. There is the Elegoo UNO R3 Project Complete Starter Kit, which has at least 200 parts. The kit comes with a compartmentalized case, making it easier to separate different components. What’s more, the modules are already soldered, making it very easy to wire up.

The kit also comes with a CD that includes everything you need, including drivers, a PDF guidebook showing you how to create the projects, as well as tutorials. There are also mini projects that you can create. The CD also has the codes you need for your project to work properly; all you need is to upload the codes to Arduino. Aside from that, there are also lessons on how to code properly so that you can come up with your own programming.

Then there is the Elegoo UNO Project Basic Starter Kit, which at $31 is one of the more affordable starter kits out there. The kit has everything you need to create an electronic circuit and contains more than 200 components.

If you are serious about Arduino, or if have fallen in love with electronics, robotics, and programming, you might want to get a more complete package. Get the Elegoo Mega 2560 Project The Most Complete Starter Kit. It has more than 200 components and also comes with a CD with at least 35 lessons.

There are several things that you should know about both of these companies.

Moreover, Arduino and Elegoo do not make all the components that they sell or include in their starter kits. They sometimes have the same capacitors or resistors sourced from the same company. This means that there is not much difference if you talk about the quality of these components.

Both are very effective and fun. If your aim is to get kids into electronics or to get yourself started, both Elegoo and Arduino give you a fun way to do just that. And because working on the projects is fun, easy and challenging enough, it is effective at teaching you the basics. 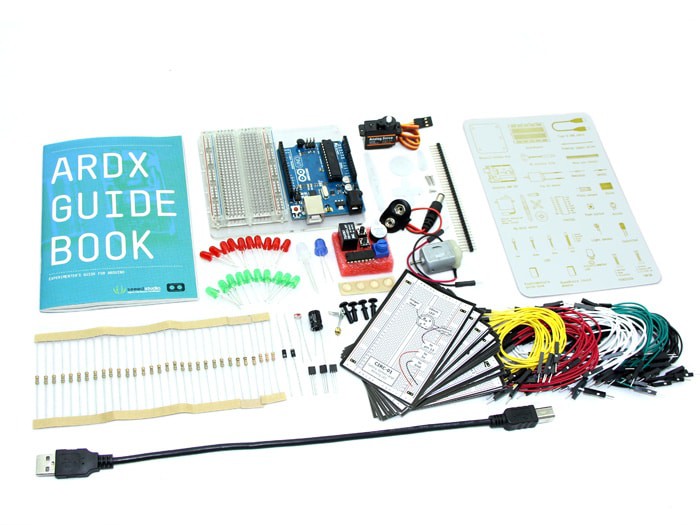 Why you should buy an Elegoo

Elegoo is probably the one to choose if you are looking to save. It gives you more components at a much cheaper price compared to Arduino kits. For example, the Elegoo EL-KIT-001 UNO R3 Project Complete Starter Kit has at least 200 components and sells for a more affordable price on Amazon. Meanwhile, the Arduino Starter Kit has only roughly the same number of components, but it sells for a higher price, plus taxes.

With the very minimal quality difference, that should give you more reasons to buy Elegoo. They are cheaper, and they are just as bit as good and durable as Arduino.

Another thing that Elegoo gives you is choice. If you are not sure whether your kids would like electronics, you can try the basic starter kit, which is really unexpensive. This way, in the event that your child is just not into it, it won’t be wasted money.

Why you should buy an Arduino

The main reason why you should buy Arduino is not because it has an excellent product or even a better one than Elegoo’s. As mentioned above, almost all of these kits use the same microcontroller.

Arduino is run by a non-profit organization that strives to create open source board designs as well as IDE. In short, Arduino has devoted time and effort in order to come up with a product that kids can learn from and other companies, like Elegoo, can copy.

Elegoo pretty much uses Arduino’s open source circuit designs. In other words, they create clones. Instead of passing their products are counterfeit Arduinos, they decided to brand it.

The problem is that all the research comes from Arduino. If you like Arduino and you learn a lot from these boards, do remember that buying Elegoo means you are not donating to the Arduino project and that is just sad because you still need the Arduino IDE even when you have an Elegoo board.

The good news is that you can probably donate to Arduino to help them fund their research and development, even if you do buy an Elegoo kit.

That is the main advantage of Arduino. However, there are other benefits of buying Arduino kits. There is very little to be said about the various components included in a kit because both Arduino and Elegoo get these from other manufacturers and sometimes they get the parts from the same manufacturers. There is very little difference when it comes to quality. However, there is a world of difference when it comes to the instructions.

Arduino includes an instruction book that makes it easier for kids to follow, even if they do not have access to a desktop or laptop computer. If you want to see more projects, you can just search for it on Arduino’s website. They also have videos that that can take you through different projects.

Elegoo, on the other hand, places all instruction materials on a CD. You can print the PDF instruction but that adds another layer of work to be done.

Another thing that you would like about Arduino is that there are a lot of people in the community sharing their ideas and even uploading tutorial videos. No such luck for Elegoo users. 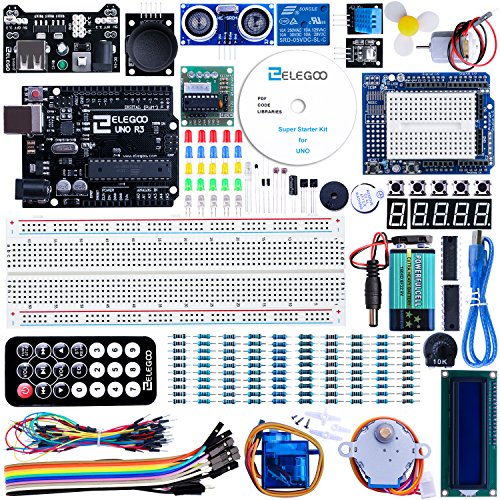 There are a lot of high-quality and well-made electronic kits available nowadays. These kits help you introduce electronics and programming to your kids, as well as help them foster a love for STEM. Arduino is the original manufacturer of these kits, and they have kits that are more kid-friendly than others. But Elegoo does offer you more choices that are cheaper than Arduino.

While it is easy to recommend Elegoo because of the lower price points of its starter kits, you should also consider patronizing Arduino because it did all the hard work that Elegoo is merely capitalizing on. Nevertheless, both are very well-made, fun and durable.