Growing food with robotic assistance or smart technology is a growing trend, both in the farm belts and at home. FarmBot offers a new way to grow, without all that bending, but keeps things natural, unlike the soil-free indoor solutions like the AeroGarden.

FarmBot is an upcoming DIY kit that raised over $800K via crowdfunding. It will allow anyone with a DIY mindset to build around a raised bed to help plant and grow your crops while providing a watchful eye to keep weeds at bay. 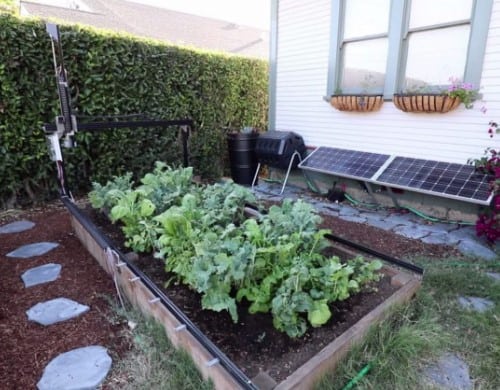 Firstly, FarmBot is seriously DIY, in that you can 3D print and CNC mill all the parts for it yourself if you have the tooling to do that. All the plans and data files are provided.

Secondly, the software is all open source, so you can modify it for your specific needs, while others can create whole new activities or uses that everyone can benefit from.

Or, the simpler route, you can buy your own kit and bolt the unit together at home in your own garden. The launch cost is $3,900, given we’ve all missed out on the save $1,000 early adopter offers, with delivery expected in early 2017.

That kit will, at its simplest, build a frame for the robot around your empty seed bed, with a microcomputer (consisting of a Raspberry Pi computer with Arduino MEGA microcontroller and a RAMPS shield).

If you’ve seen cargo container ports in action, in use, it is similar to one of the cargo cranes, except that it can pick up and plant seeds across a 3D space.

Non-tech users can create their perfect plot by a web page interface-based approach to set out their crops, with multiple types of crop able to grow in the same area, all carefully managed. Just let technology take over, and in theory, most people could get their money back within five years of growth.

With a little help from technology, nature takes its course as those seeds end up in the soil, which can be watered by the system depending on plant needs and local rainfall.

It can also identify weeds that are growing in the bed, and then hammer them back into the ground and oblivion! Users will be able to watch the action remotely through the smartphone, and provide commands,

Pros of the FarmBot 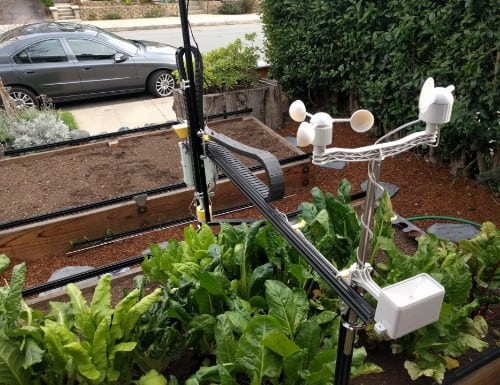 Three years in development, FarmBot has been built for the purpose of robotic agriculture, from a weeding tool to soil sensor and water delivery.

But that is just the start, with hundreds of pre-orders likely to create a community that can help expand the possibilities, it could end up doing all sorts of gardening and farming tasks.

If the idea is exciting to you, giving you the chance to grow crops ala Bruce Dern in Silent Running, with his robot helpers Huey Dewey And Louie, then the costs may not be an issue.

However, it is still size-able investment and while the open source nature gives the project good prospects, there’s a reasonable feeling that many other users will get bored of it long before seeing any fruit.

In use, the whole system appears well designed, with the camera a key part of the package. It provides a visual record of location and plant growth and helps track down pesky weeds.

Using the water nozzle, it delivers water only where it is needed and in the right amounts. That can be connected to a water butt to use only rainwater, and the whole thing can be solar powered, making it a green solution to small-scale crops.

But its unknown future that really makes the FarmBot such an exciting prospect. We can imagine communities getting together to do their bit; we can see nerds working with allotment owners to compare methods and yields, while if there are serious price rises in future years, this type of product could become normal.

Cons of the FarmBot 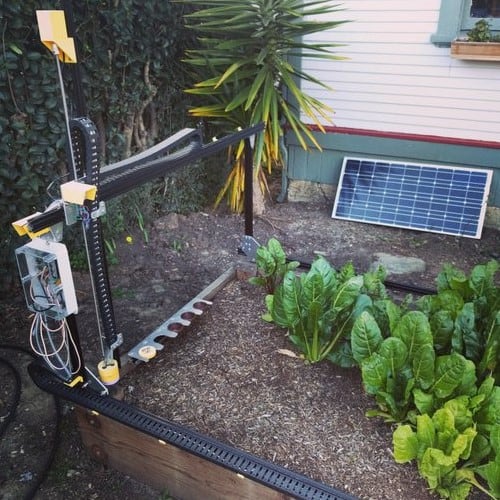 As a DIY project, FarmBot looks like being prone to all the issues that can afflict any clumsy bodger, how many people will put the track the wrong way round, wire the computer by badly or simply never get it all working?

That’s before we get to the vagaries and unreliability of 3D printers. And, what if your pet cat decides to take a swipe at the moving parts one day, or a fat slug gets stuck in the moving parts while you’re on holiday?

While the FarmBot or its successors won’t replace large scale farming, at least for many decades, it is perhaps a worrying sign about the way some people expect technology to solve all our problems. Whatever your personal opinion, automation is taking over many parts of life, and this is just the latest.

However, that’s not an issue with FarmBot, already there are hundreds of automated wheeled and tracked vehicles helping plant, maintain, water, grow and harvest crops, removing the human aspect of it. FarmBot is just the latest evolution in that trend, making it smaller and personal for everyday use. 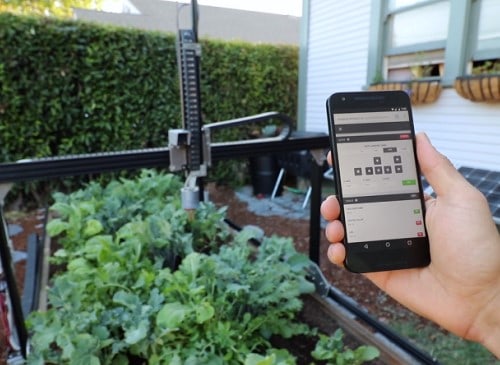 While FarmBot is currently a tinkerer’s dream about to hit the market, it could have quite a sizeable impact on how we approach food. It is not hard to imagine in a few years that sub-$1000 models will be on offer, and people start to use their free yard space to grow to produce for consumption or sale.

The idea is certainly an exciting one that could encourage more people to grow food, and it could easily be linked to more smart home technologies like weather stations, automatic sprinklers, and lighting.

Expect lots of interest in Farmbot, and similar technologies, over 2017 and beyond as technology and food move closer together. 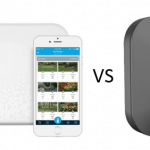 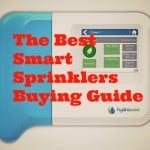 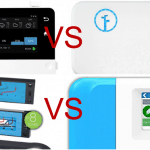 RainMachine vs. Rachio vs. Skydrop vs. Hydrawise Review – Who Wins The Smart Irrigation Battle? 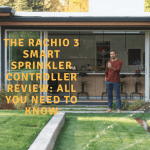 The Rachio 3 Smart Sprinkler Controller Review: All You Need to Know