There are a host of nanny cams you can use to keep an eye on your pets as they laze away the day, or trash your house when you’ve left them alone too long. But the Petcube goes one step better.

Not only is it a HD video monitor with speaker so you can talk to your pet, but it also comes with a laser beam that can help create interactive games to keep the pet occupied and engaged.

All that fun comes via the mobile app, that also lets you share your pics and meet fellow pet owners, if you like that sort of interaction.

For its price, (For the latest prices and discounts, check here) this is a product that you might invest in because your cat or dog has issues, as there are far less expensive cameras on the market.

So, does the laser game make it worth the extra expense, or is it a mere novelty. The successful Ukrainian-originated Kickstarter project has proven a big success, but is it right for your pet or home? In this Petcube review, we’ll break down
the specifics.

Key Features of the Petcube 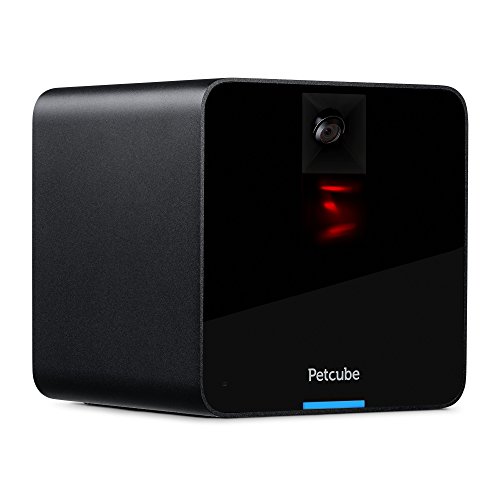 There are some pet lovers that will buy anything for their animal, spending more on the furry critters then their family. For those people there is a huge range of pet stuff available, but it hasn’t taken long for makers to borrow some smart home technology and make it pet friendly.

It fits neatly on any shelf and also comes with a tripod mount if you want to put it somewhere else.

Pros of the Petcube 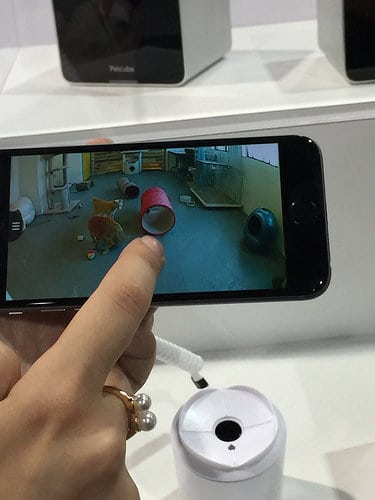 Cons of the Petcube

There are definitely plenty of new competitors on the market, but I’ll highlight some of the main ones below.

Best for Dogs? You might want to check out the Furbo if you just have Fido. While the Petcube is versatile enough for basically any pet, the Furbo has a built in “treat dispenser” which makes it ideal for dogs. You can read my full analysis here.

Read here my full comparison between the Petcube Play vs Furbo!

Other Options Like the Petcube? You can read my full overview of the best pet cameras here, but a few other names to consider are the Petzi and the PetChatz (which has a “petcall” feature to speak with your furry friends).

Bottom Line: If a high quality pet camera is all you need, the new Petcube Play is one of the better options. If you want additional features like calling your pets, something specifically for a dog,  and/or treat dispensing capability, see the above options.

How does the Petcube Play compare to the Petzi Cam? Read here!

Final Recommendation – Is the Petcube Worth it Today?

If your pet is a bit of a menace when you are away, or you can’t bear to be apart from your loved one, then the Petcube is a brilliant idea, with the interactive feature. However, it is priced at a large premium over a typical pet cam.

That won’t stop a lot of pet lovers who blow small fortunes on their furry friends. However, if you are on a budget, or just want to keep a more casual eye on your pets, then a less expensive solution would be more appropriate. In fact, it might be possible to re-purpose a smart security camera for similar effects.

Where to Buy the Petcube 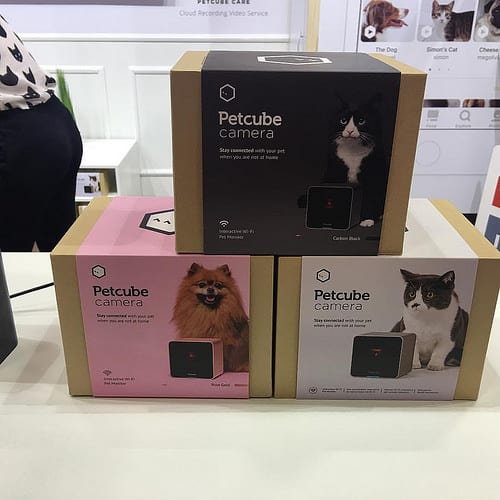 [UPDATE] *NEW* Petcube Bites: You can get the new Petcube Bites (acts as a treat dispenser + has two-way audio + NIGHT VISION – well done!), just check out this listing here. Read my full review of the Petcube Bites here!

Petcube Play: You can check out the new Petcube Play here, although it is a bit more expensive the 1st generation (below).

Petcube (1st Gen): There’s usually a good price at this listing, so be sure to check it out first.

UPDATE: You can also order directly from Petcube and save off of the list price right here.

iOS users definitely seem to get a better deal, so consider your existing mobile devices before making a buying purchase, and also consider that most Kickstarter ideas will be cloned soon enough, so a better designed, less expensive, or better-featured option might be just around the corner.

Fitbark 2 Review: All You Need to Know 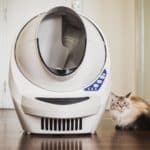 The Litter-Robot III Review – Is it the Best Automated Litter Box?