Home automation hubs allow you to control and manage different connected devices easily.  Instead of launching different mobile apps to control your smart bulb, locks, blinds and all your other smart devices, you can just control the hub.

You also have the option to create rules or use recipes that would make your different devices work together in a way that suits your lifestyle and routine.  This way, for instance, when it is time for you to sleep, your home automation hubs could easily turn off the lights, lock the doors and arm the security system for you.

And if you have Amazon Echo, all you have to do is issue a voice command.

Two of the most recommended hubs right now are Samsung SmartThings and Wink 2 hub. If you are planning to buy one this year, which should you choose?

Bottom Line Up Front: If you are looking to make a quick decision, here’s my high level take…

Main Differences Between Wink vs Smarthings

The Main Differences Between Wink vs Smarthings are:

Samsung SmartThings aims to be the center of your smart home, connecting different devices together using several supported protocols.

This device is very simple to set up with its box containing everything you need, including the 4 AA batteries, the power supply, and the three-foot long Ethernet cable.

SmartThings has a square shape with rounded edges and it comes in white, which enables it to easily blend with the colors of your home.  It connects to your Wi-Fi network and allows you to control connected devices through your smartphone using iOS, Windows OS, or Android app.

SmartThings allows you to control different connected devices without having to switch from one mobile app to another.  Apart from its Z-Wave and ZigBee compatibility, you can also use IFTTT recipes with the hub.

What you would love about the SmartThings hub

Even with an awful app and with reliability issues, Samsung SmartThings is a great product that works to make home automation a breeze once you have gone through the trouble of setting it up.  You can easily see the connected devices and sensors, and it gives prompt alerts whenever these sensors are triggered.

The wide range of integrations also makes it one of the toughest to beat as far as home automation hubs are concerned.

Plus, it also has the potential to become even greater, with possible Bluetooth integrations and more compatible platforms.

Next Up: What About the New Wink 2?

The Wink 2 hub has more connectivity protocols than the first edition and it now has an Ethernet port to help it become compatible with more devices.  It has also received an aesthetic upgrade, looking sharper than the original Wink hub.

What you would love about Wink 2

Comparing the Wink 2 vs Samsung SmartThings

The Final Assessment – Which to Get?

Choosing between the two would also depend on the devices that you have.  There are devices that each hub does not support.  For instance, and more notably, SmartThings also does not natively work with Nest Cam, Nest Thermostat and Nest smoke detector.  But then again, Wink 2 is not supported by Google Home.

All things considered, however, the choice between Wink 2 and SmartThings would depend on your needs and the devices that you have. Wink 2 is perfect for people who have just started investing in smart home devices.  It is very easy to set up and use, with a mobile app that does not frustrate you.

However, SmartThings is for those who want go deeper into the smart home and home automation space.  With a developer support that allows you to connect a wide range of devices and sensors, you could forgive SmartThings for having a confusing mobile app. 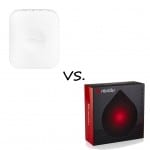 SmartThings Hub vs Revolv Hub – Which is the Better Smart Controller? 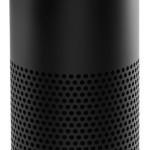 Our Amazon Echo Review – Is the Echo Worth Listening to? 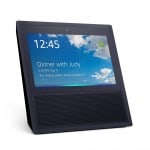 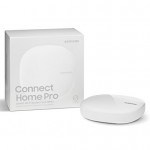 Will The Samsung Connect Home System Take Over Your Home? The Full Review